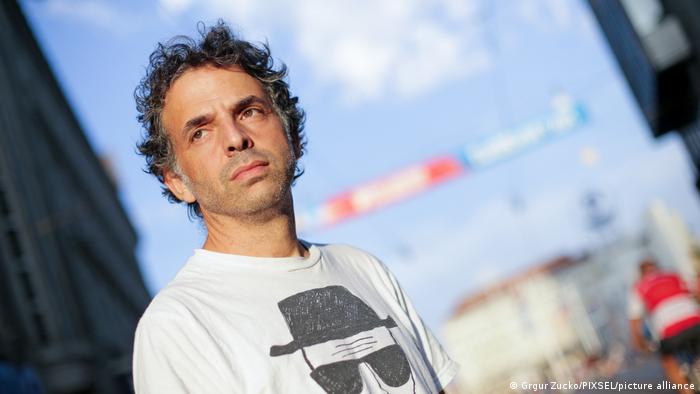 Etgar Keret is one of Israel's most popular authors

Quickly after the establishment of the State of Israel, a number of star authors emerged on the international literary scene. Shmuel Yosef Agnon was compared to Franz Kafka; Nelly Sachs became the first woman to win the Peace Prize of the German Book Trade in 1965 — and the two authors shared the Nobel Prize for Literature the following year.

Hebrew was not used as an everyday and literary language until the middle of the 19th century. Before that, it was used mainly for religious purposes. Jewish authors wrote in the languages of the countries in which they lived, including Hungarian and German.

Sachs and Agnon were followed by greats of world literature like Ephraim Kishon, one of the most successful satirists in literary history, and Amos Oz, who, honored with countless awards, passed away in 2018.

New female writers also followed in their footsteps, writing about love and war, women and men, the past and the future. Their books are printed by the millions worldwide.

From celebrated newcomers to contemporary classics, DW has this selection of five noteworthy authors. 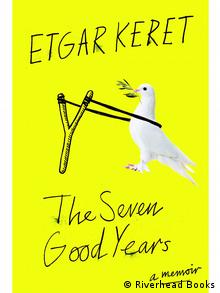 His books are published in 45 languages, while the New York Times called him a "genius" and his Indian colleague Salman Rushdie described him as "brilliant."

Keret was also present at the premiere of the German-Israeli Literature Days in 2005. In 2016 he returned with a broken rib to present his memoir with the biblical title, The Seven Good Years.

The humorous understatement is Keret's trademark. The author has won countless literary awards, but also a Camera d'Or at the prestigious Cannes Film Festival together with his wife, filmmaker Shira Geffen. In 2020, the miniseries they created, My Talking Goldfish, aired on Arte.

Keret's 2021 bow at the German-Israeli Literature Festival in Berlin will see him present his latest collection of short stories, published by S. Fischer-Verlag under the title Tu's nicht (Don't do it), and translated by Barbara Linner.

"I often say that reading basically exercises the weakest of all human muscles: the muscle of empathy," he told DW during his 2016 appearance at the German-Israeli Literature Fest.

The author lives in Tel Aviv and teaches at Ben Gurion University. 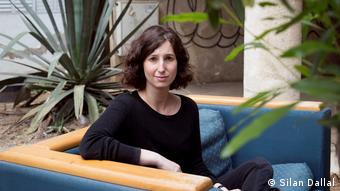 A star rising on the Israeli literary horizon, Maayan Eitan's debut novel Love made her a bestselling author in Israel practically overnight.

She tells the story of a young prostitute working in a nameless Israeli city. We don't learn the protagonist's real name, she is introduced as "Libby."

The English translation of the novel is set to be published in 2022 by Penguin Random House.

After studying comparative literature in the US and Israel, the Tel Aviv-based Eitan is currently pursuing a doctoral degree on sleep in literature at Ben Gurion University. She is busy writing her second novel, and serves as an editorial board member of the Tel Aviv Review of Books. 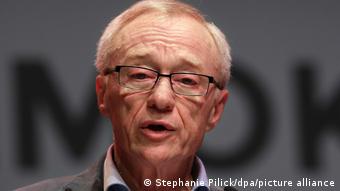 Calling David Grossman a classic of Israeli literature would not be exaggerated. He writes novels for children, teenagers and adults, characterized by an exquisite sense of humor and his very human way of looking at things.

The 2014 novel A Horse Walks Into a Bar about Dovele Grinstein, a cynical comedian who deals with childhood traumas and his family's Holocaust memories during a public appearance, won him the International Booker Prize in 2017 — making him the first Israeli author to win the prestigious literary award.

David Grossman was born in Jerusalem in 1954 after his father emigrated from Poland to British Mandate Palestine in 1936.

After studying philosophy and theater at the Hebrew University of Jerusalem, Grossman worked as a journalist for Israeli public radio, becoming known worldwide when he reported on the relationship between Israelis and Arabs in his 1988 collection of reports The Yellow Wind. When he refused to censor his coverage of the Palestinians' declaration of independence that same year, he was fired.

Today, Grossman lives in Jerusalem. In 2006, he lost his second son in the war; Uri Grossman was killed in southern Lebanon.

Grossman advocates against war and sees himself as a committed artist. More than I love My Life is his most recent novel.

His works have been translated into more than 30 languages.

In 2010, he was awarded the Peace Prize of the German Book Trade. The jury honored him in particular for his commitment to reconciliation between Israel and Palestine. During the award ceremony he said that he believed in peace, even when the situation seemed hopeless, because "history shows that even the worst enemies make peace in the end." 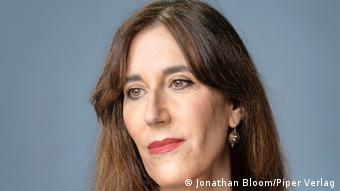 She takes an unblinking look at life and love. Successfully so: Zeruya Shalev's award-winning trilogy about modern love — Love Life, Husband and Wife and Thera — has been translated into more than 20 languages.

In 2015, she published Pain, a novel about her experiences as a survivor of a bombing in Israel.

Literary critics had already been calling her a "master of pain." "My books have something dark about them," Shalev told DW at the time Pain was published, adding that she is particularly interested in the abysses of the soul that are about crises and painful processes. Evil, in her opinion, is not pain, but "the desire to kill and the desire to die."

Zeruya Shalev was born in 1959 in a kibbutz on the Sea of Galilee. Today, she and her family live in the Israeli city of Haifa. She studied biblical studies and is considered one of the most important contemporary storytellers.

Award-winning French-Moroccan author Leila Slimani described Shalev in the New York Times as an extraordinary writer whom she greatly admires. 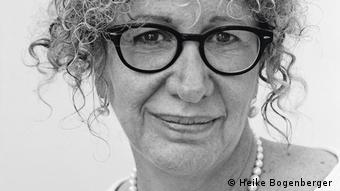 The Holocaust and the trauma of the persecution of Jews passed on to the following generations are Lizzie Doron's main literary focus.

Born in 1953 as the only daughter of a Holocaust survivorin Tel Aviv, she studied linguistics and worked as a linguist at the university. Her mother did not tell her about her traumatic experiences in the concentration camps, but urged her daughter to live for the future. Doron had little contact with her Warsaw-born father, who stayed in a sanatorium throughout her life, and died when she was eight years old.

When Lizzie Doron's daughter wanted to learn more about her family history for a school essay, Doron started writing.

Her first book, Why Didn't You Come Before the War? has long been on reading lists in Israeli schools. Most recently, she published two works about the Israeli-Palestinian conflict, Who the fuck is Kafka (2015) and Sweet Occupation (2017).

That's why some people in Israel consider the internationally celebrated author a "traitor." Her latest book, which will be published in Germany this year under the title What If, has not yet found an Israeli publisher, the author told DW in the spring.

She will present her new novel at the 15th German-Israeli Literature Festival, held from September 1-4 at the Literaturhaus Berlin.

Literature, Doron told DW, has the power to sow seeds for change "for what is to come."