Authors react to growing populism at the German-Israeli lit fest 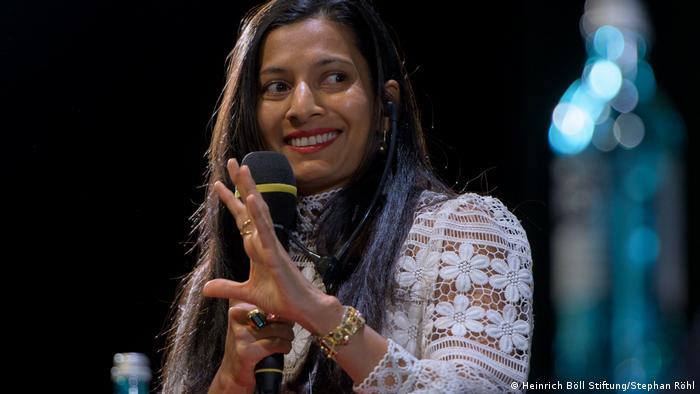 For the German-Israeli Literature Festival, various authors were invited to the Deutsches Theater in Berlin to discuss the rise of populism. After Austrian author Franzoble had to cancel due to illness, Priya Basil was invited to join the panel. Born in London and with Indian roots, the British author grew up in Kenya and has been based in Berlin since 2002. She is also known as a political activist and the co-founder of Authors for Peace.

In her discussion with Israeli author Sami Berdugo, Basil assessed the painful situation in Great Britain, saying that "The desperation and insecurity is growing."

The two authors reflected on how to deal with the increasingly loud populist voices in Israel and throughout the world. Can literature counter them with answers? What can writers do to prevent growing polarization in democratic societies?

"Louder, ever louder?" was the festival motto, itself a comment on the approach taken by populists. Ellen Ueberschär, chair of the Heinrich Böll Foundation, affiliated with the German Green Party, and Klaus-Dieter Lehmann, president of the Goethe-Institut, opened the event which included discussions among eight authors in Berlin.

"Describing, looking and reading precisely, but also listening, talking and discussing" as a way to "defy the loudness of populism" was Ueberschär's recipe for facing today's political context.

Klaus-Dieter Lehmann pointed out that current debates are increasingly ideologically loaded, citing as an example the one surrounding the identity of the Jewish Museum in Berlin. Should the institution be open to controversial discussions, to criticism? Or should it restrict itself to presenting Judaism, as advocated by a campaign initiated by the conservative right-wing Israeli government?

Populist parties in power have been interfering in the field of culture, leading to censorship and self-censorship and undermining freedom of art, said Lehmann, who observes a similar threat in Israel. 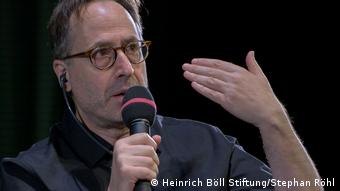 'We need to find our own voices!'

Commenting on the situation in his country, Israeli author Sami Berdugo called for greater vigilance in times of language manipulation — an infuriating situation for the writer and screenwriter born in 1970 to Moroccan immigrants to Israel: "Hebrew is my language, my home and the center of my life," but populists are using this language cynically, he said. "Everyone is shouting. It is getting louder and louder around us; we cannot even hear ourselves anymore. We should pause and reinvent our personal voices to counter populism."

Berdugo added that for 20 years, the government has been moving increasingly to the right and squandering its energy in election campaigns: "I have the feeling that party leaders and ministers are consistently avoiding substantive political debate."

"We should be braver and freer!" and avoid making a pact of language and identity with the rulers, Berdugo said. It was a call echoed by Priya Basil, who said, "We need to be different, braver and freer, to create more and new spaces for political encounters."