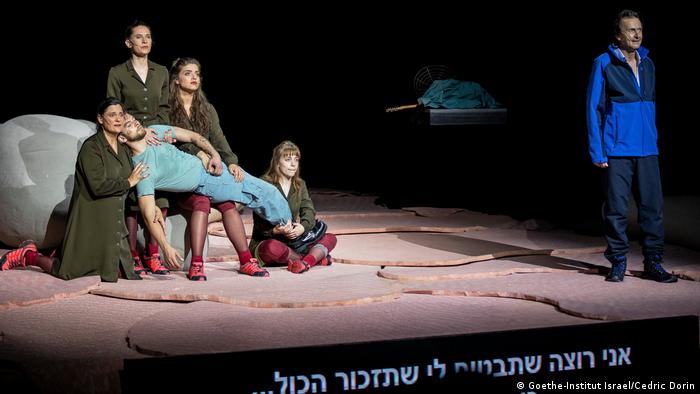 The Israeli author David Grossman had only been speaking to the audience in Tel Aviv-Jaffa for a few minutes when the all-powerful word containing a world of emotions fell from his lips: Holocaust.

He was talking following a stage performance of his 2008 novel To the End of the Land (translated from Hebrew into English by Jessica Cohen in 2010) that was presented at the Gesher Theater on Sunday as part of the Jaffa International Theater Festival. The production by the Schauspiel Frankfurt theater, with support from the Goethe Institute, was presented in German with Hebrew subtitles.

The head dramaturge of the Schauspiel Frankfurt, Marion Tiedtke, said the entire production team was very anxious about presenting the show on an Israeli stage. Germans have a strong connection to the state of Israel due to the horrific shared history of the Holocaust, she said, adding that the team wanted to avoid any missteps.

The 65-year-old Grossman, one of Israel's most important contemporary authors and outspoken peace activists who won the 2017 Man Booker International Prize, says the Frankfurt theater's decision to have four different actors portray the novel's protagonist, Ora, first astonished him, then fascinated him. 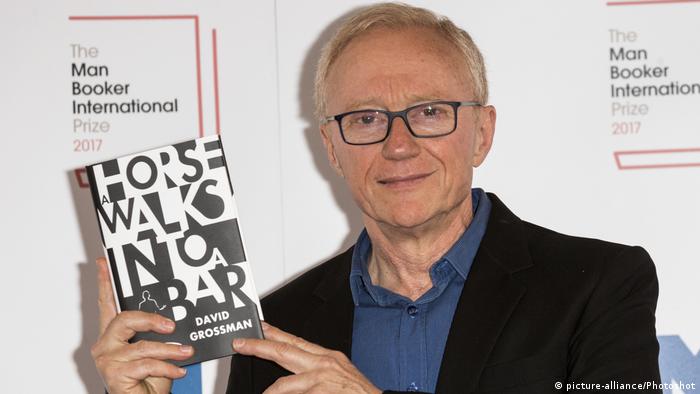 Grossman's novel, however, does not focus on the murder of six million Jews by the Nazis during the Holocaust. Rather, it tells the story of a love triangle between Ora and her two best friends, Ilan and Avram, during the 1973 Arab-Israeli War.

Known also as the Yom Kippur War, the conflict sees Avram captured by the Egyptians and then tortured for many years. His best friend Ilan is plagued endlessly by self-reproach: Why was he spared the prisoner's fate that Avram was dealt? Why is he, and not Avram, allowed to live with Ora and raise two children with her?

The novel, which Grossman wrote over more than ten years, explores these questions through flashbacks. The surrounding framework is just as dramatic and political: Taking place some 20 years after the Yom Kippur War, it centers on the elderly Ora. When her younger son, Ofer, revealed as the child of Avram, is pulled into a new "operation" following the end of his military service, she decides to flee.

Ora wanders through the mountains of Galilee in northern Israel, making herself unreachable to avoid the message she fears: that Ofer has been killed in combat. With her is ex-lover Avram, who was allowed to return to Israel after years in Egyptian prison. He is seriously injured and traumatized, and it becomes clear to Ora that he is a broken man. 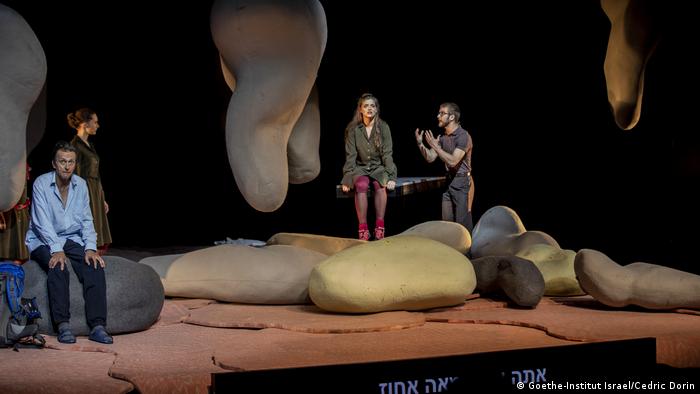 Ora has been interpreted to be Grossman's alter ego. Just like the novel's protagonist Ofer, his son Uri was a tank commander and took part in one of the last offensives of 2006 Lebanon War while Grossman was writing the novel. As the work neared completion, Uri was killed when his tank was hit by a missile launched by Hezbollah fighters.

Upon publication, the novel became a worldwide success, praised by critics and readers for its emotional nuance.

Through the perspective of a mother fearing for her solider son, Grossman sharply criticized the politics of his country, including Israel's occupation of the Palestinian territories. But such criticism, expressed by an Israeli who simultaneously and consistently voices love for his country, sounds different when expressed by a German.

The Schauspiel Frankfurt team was aware of this situation, recently manifested by the German parliament's decision to define as anti-Semitic the Boycott, Divestment, Sanctions (BDS) movement, which protests Israeli policy towards Palestinians.

"We in Germany must deal with the sensitive situation that on the one hand, guilt towards Jews and also Israel will never go away," Tiedtke told DW. "On the other hand, there are universal human rights that include the right to a homeland [recognized by some legal scholars on basis of international treaties: Ed.] and this is difficult for us Germans."

Tiedtke admitted there is a risk in staging such political content, but she believes that theater is there to provide a forum for important social topics, including those that are sensitive and controversial.

A German staging of an Israeli experience

That was the question of the evening: How does a German theater stage material that is deeply Israeli? A story full of the trauma of war, fear of annihilation and the loss of a nation from which a people were exiled for millennia? Yet simultaneously a story that criticizes this same state of Israel, which is itself has become a problematic actor at the center of the Middle East conflict?

There was no heated discussion in the Gesher Theater on Sunday. The Schauspiel Frankfurt's production of To the End of the Land was well-received by the public. Grossman, one of Israel's most outspoken peace activists who has received international accolades including the German book trade Peace Prize, also remained silent on the subject of current Israeli, and global, politics. He wanted to let the performance simply sink in, he said. 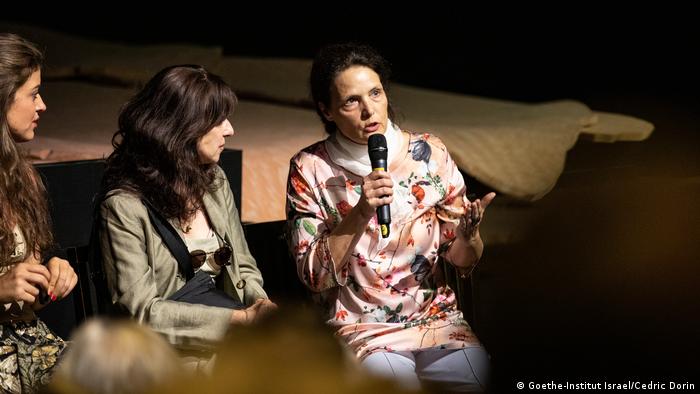 Tiedtke said the theater group felt ashamed to present Israelis with a story about their own country. "The living situation in Israel is one that we today in Germany don't known, because of more than 70 years of peace," Tiedtke said in reference to the potential for conflict to flare up in Israel.

But Altine Emili, one of the actors portraying Ora, is no stranger to war. She was born in Kosovo and at age five fled Serbian troops with her family to Germany. "I have another point of access," Emili said after the performance. "I feel it emotionally and can't play it down with technique." She feared her onstage performance would injure someone, she said, for she knows what it means when trauma is reawakened.

In contrast, speaking German, the language of the perpetrators of the Holocaust, on an Israeli stage was not an issue for her. Her boyfriend is Israeli and has been living in Germany for three years. She speaks German with him.

The situation was different for Tiedtke, in Israel for the first time. She happily noticed how many German-speaking audience members were at the performance: "That really touched me, because it shows that despite this terrible shared history, the language is a point of connection."

Renowned writer Amos Oz, Israel's most-translated author, a passionate peace advocate and a supporter of the two-state solution, has died in Tel Aviv. Dignitaries and admirers are expected at his funeral on December 31. (28.12.2018)