China has launched the first-ever quantum satellite to develop an "unhackable" system of communications. Should it succeed, the technology could have a major impact in areas from military defense to online shopping. 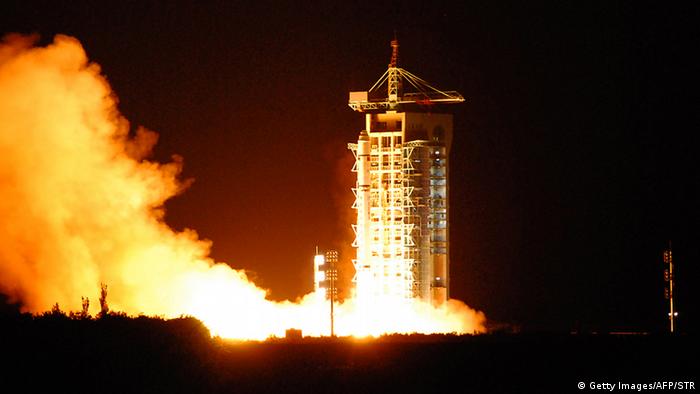 China celebrated a major step in the space race on Tuesday when it launched the world's first quantum satellite.

A rocket carrying the satellite took off from the Jiuquan launch base in China's Gobi desert and will allow researchers to send test messages between parts of China and other locations around the world, China's Xinhua News Agency reported.

"It moves the challenge for an eavesdropper to a different domain," said Alexander Ling, principal investigator at the Centre for Quantum Technologies in Singapore.

Should the tests succeed, China will be able to send encoded messages via subatomic particles which cannot be decoded or wiretapped using current methods.

In quantum communications, subatomic particles are used to send secure messages between two points. The message's form is changed if hackers try to intercept the message

Should a hacker try to intercept a communication, the form of the message is altered and the message self-destructs. An alert is also sent to the communication's users, letting them know a message has been compromised.

The technology could be used by militaries, governments, banks and even online shoppers to send virtually "unhackable" messages.

Scientists in China will now send a series of test messages to probe the capabilities of the satellite. In order to succeed, the satellite must be precisely oriented to receiving stations on earth, reported Xinhua.

"It's very difficult to point the satellite accurately," Ling said. "You're trying to send a beam of light from a satellite that's 500 kilometers (310 miles) above you."

Other scientists already proved the technique can transmit messages over relatively short distances, when compared to transmissions from space. Currently, the record stands at around 300 kilometers (186 miles), according to the journal Nature.

"It will be like tossing a coin from a plane at 100,000 meters above the sea level exactly into the slot of a rotating piggy bank," the project's chief commander, Wang Jianyu told Xinhua. 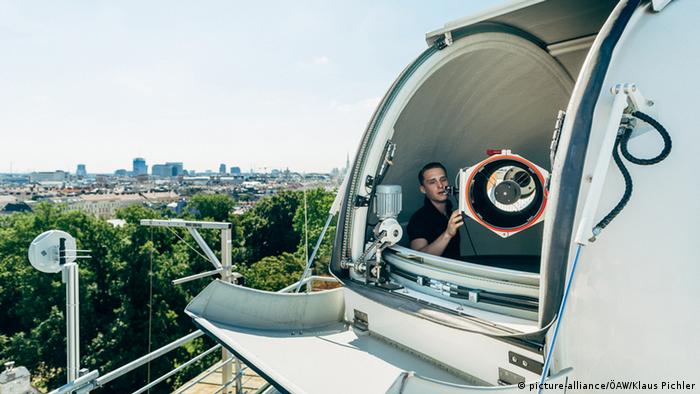 Tuesday's launch was a major development for quantum communications and a large step for China, as well.

"Lots of people around the world think having secure communications at a quantum level is important. The Europeans, the Americans had the lead, but now the Chinese are showing the way forward," Ling said.

Others working on the project said the satellite signifies China's shifting position on the global tech stage.

"The newly-launched satellite marks a transition in China's role -- from a follower in classic information technology (IT) development to one of the leaders guiding future IT achievements," said Pan Jianwei, the satellite project's chief scientist, as quoted by Xinhua.

China, the world's second-largest economy, made developing quantum technology a major goal for the nation, even including it in its latest five-year plan released in March.

The Asian giant has been focusing on cybersecurity in recent years, even passing regulations which limit importing US technology. The measures were implemented in the wake of whistleblower Edward Snowden's revelations that the US used hardware to spy on other nations.

A quantum communications network could be set up by the year 2030, according to the project leaders.