World War I: Brussels at the end of the Great War

Revolution, Spanish flu and refugees: the situation in Belgium at the end of World War I was chaotic. An exhibition at the BELvue Museum tells the story of that confusing time. Bernd Riegert reports. 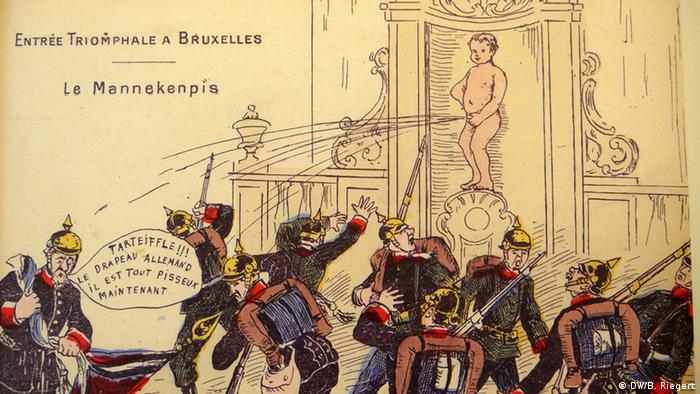 "Is the war really over?" On November 11, 1918, rumors began circulating in occupied Brussels; the Germans had finally been defeated, it was said, and a ceasefire had been signed.

But around the city — at the town hall, at the train station, in many streets — shots were still being fired. The fighting continued in many areas, and people didn't know exactly what was going on. The German occupiers had censored the press in Belgium, and reliable information was only available from a few underground newspapers and news trickling in via foreign media — from the Netherlands, for example.

Days later, however, people finally had the confirmation they had been hoping for: the war was indeed over.

End of World War I and its aftermath

In the final days of the war in Belgium, rebellious German soldiers declared a revolution after the fall of the German Empire. On November 10, a Sunday, they founded a soldiers' council in an effort to control the city. But officers and soldiers loyal to Kaiser Wilhelm II refused to join them, shooting at their former comrades and waiting for orders from Berlin which never came.

"The situation was very strange," said Chantal Kesteloot, a historian at the Center for Historical Research and Documentation on War and Society. Until November 14, "the power was more in the hands of the German soldiers. The city was not freed by the Allied troops, but by German soldiers."

Read more: When church bells were transformed into weapons of war

The revolutionaries of the soldiers' council even tried to ally themselves with the Belgians. But the people of Brussels had suffered greatly during the four years of German occupation. They were starving, they were freezing; both food and coal were scarce in those cold November days.

"It was not the euphoria which one might have expected," said Kesteloot of the days following the armistice. "People stayed at home, they were afraid because of the violence…between the two groups of German soldiers." Celebrations were muted as long as the Germans were still in the city; Kesteloot said the Allied troops only arrived in the city on November 16, five days after the ceasefire.

One day later — on Sunday, November 17 —Mayor Adolphe Max returned from prison. As he spoke on the Grand Place in front of Brussels' historic town hall to a crowd of thousands, it was finally clear: the war was over.

It was as if the country had won the football World Cup, said Kesteloot. Once again, people dared to celebrate in the streets, waving the tricolor Belgian flag for the first time in years. 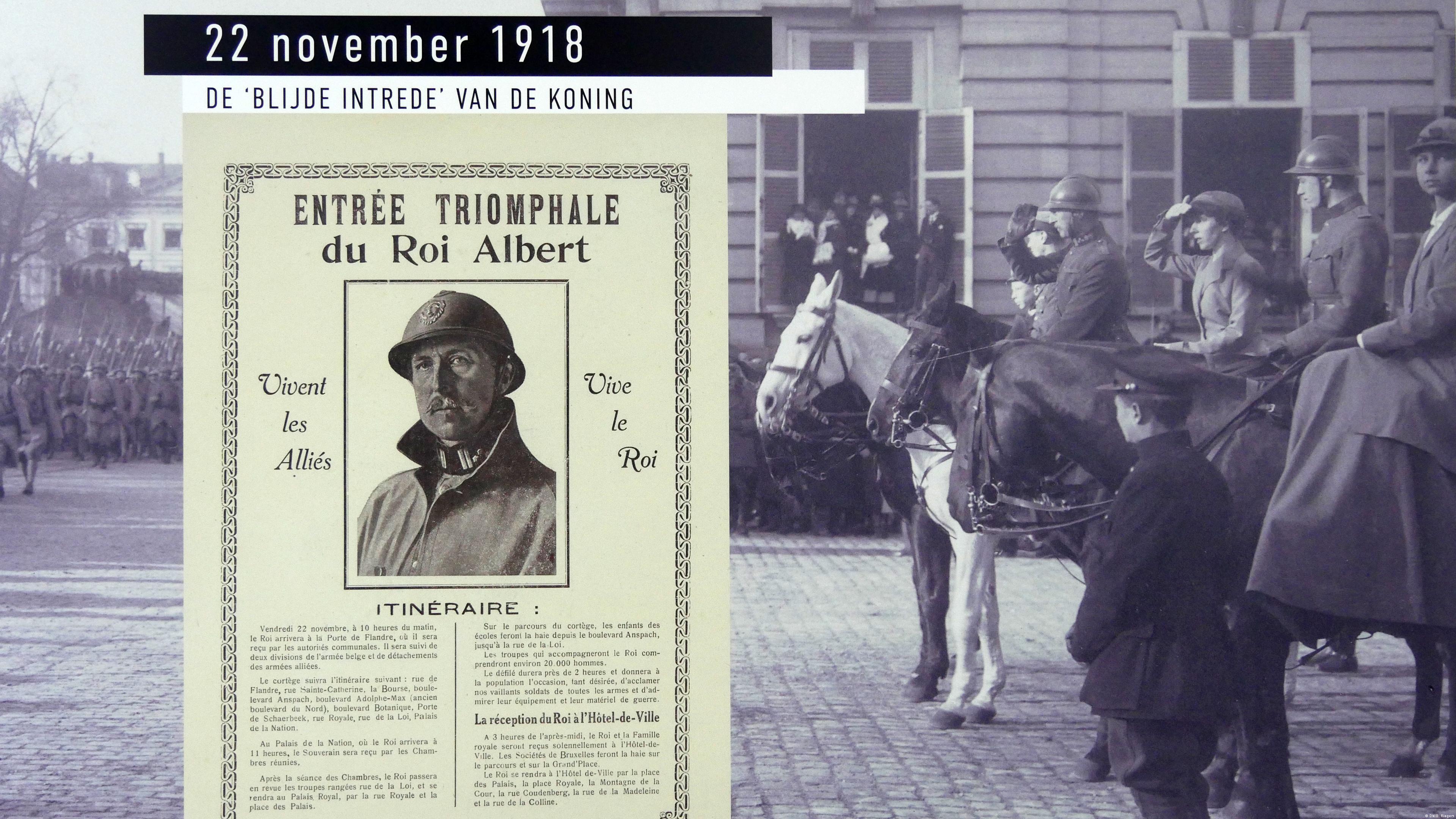 King Albert I also took his time to make his way back to Brussels. For four years, he had commanded the Belgian army from the western part of the country, which had not been occupied by the Germans. With the war finally over, the image-conscious king wanted to make a triumphant entrance into Brussels.

The king's official return was slated for November 22, said Kesteloot — a day or two after he actually arrived back in the city. "That was really the day Brussels was liberated, the symbolic moment of Belgium's liberation," she said.

In the time between his arrival and the official celebration, statues and monuments were quickly erected. Thousands of onlookers travelled to Brussels from all over Belgium, arriving by foot or by wagon; the king had remained popular with his subjects throughout the long occupation. Historical footage from the time captured the king's dramatic entrance, riding a silver-white horse so that he could be easily distinguished from other riders on their dark mounts.

Albert announced democratic reforms on his return, introducing the electoral principle of "one man, one vote" — further endearing himself to his public.

Refugees and a new threat

With the war over, life slowly began to return to Brussels. Kesteloot said the city had escaped the destruction of other Belgian cities, parts of which were heavily bombarded in the fighting.

In 1918, around 700,000 people lived in the greater Brussels area. In addition to this came the 100,000 refugees from the battlefields of northern France and Flanders.

"Helping the refugees was for some people a patriotic duty, a kind of resistance against the Germans, showing their solidarity," said Kesteloot. "But other people were more xenophobic."

To accommodate and feed so many people was difficult. Well into 1920, food in Brussels was distributed with special coupons and subject to state-run rationing. "The population was very weak compared to [prewar period]," said Kesteloot.

That weakness would prove fatal when another (invisible) enemy arrived in the Belgian capital: the Spanish flu. Worldwide, the virus would go on to kill at least 25 million people between 1918 and 1920. In Brussels, thousands of people died — far more than were killed during the war.

The virus — which despite its name did not come from Spain but was probably brought to Europe by US soldiers — had a devastating effect on the weakened population, particularly the younger population between 18 and 28.

"It was very difficult for parents to accept that their son had survived four years in the trenches or in an occupied city, to just suddenly die of the flu," said Kesteloot, who experienced their grief through the diaries of the soldiers and their families.

To commemorate the end of World War I in Brussels, around 300 street names recall past battles or war heroes. Dozens of memorials have been erected, including those for fallen railway men or for carrier pigeons, used as messengers on the front. One hundred years after the war, their memory remains.

"Brussels, November 1918," an exhibition at the BELvue Museum in Brussels, features historical photographs, films and documents detailing life in the city in the confusing final days of World War I. It runs until January 6.