When church bells were transformed into weapons of war | Europe| News and current affairs from around the continent | DW | 20.09.2018

When church bells were transformed into weapons of war

On September 21, church bells will ring out throughout the whole of Europe in remembrance of the end of WWI. During the war many bells were melted down into artillery guns. The pain of this loss united the people. 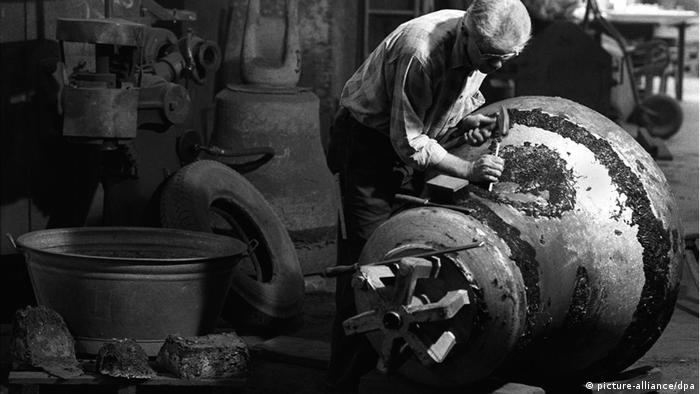 The deacon had resigned himself to what was about to happen. For some time he had tried to evade the decree, to keep its consequences to a minimum. But then at the end of July 1917, he had to recognize that his efforts had been in vain: The bells of his parish in the Rhineland-Palatinate town of Kusel would be taken down from the tower. They would then go to an ironworks to be melted down and turned into guns.

"They will speak a different language in the future," Deacon Karl Munzinger said in his sermon on July 22, 1917 about the loss. "It goes against any feelings, that they, who like no other preach peace and should heal wounded hearts, should tear apart bodies in gruesome murders and open wounds that will never heal."

With metal essential to the war industry in short supply, the Imperial Government issued a decree in March 1917 to turn bells into weapons of war. The decision distressed many citizens, even those who weren't Christian.

On September 21, bells will ring across Europe in remembrance of both this event and of the joy and relief attached to the end of the war on November 11, 1918.

'The most painful feelings'

Bells had set the rhythm of the people for ages. "Church bells were and are the clock for daily life. When the death bell tolls, you know that someone is being carried to their grave. On Saturday evening at 10 minutes before 7 p.m. the bells herald the coming of Sunday: One can finally take a rest from work. That is the spiritual dimension of bells. All this ended in the First World War," said Rüdiger Penczek, a Protestant pastor from outside of Cologne. 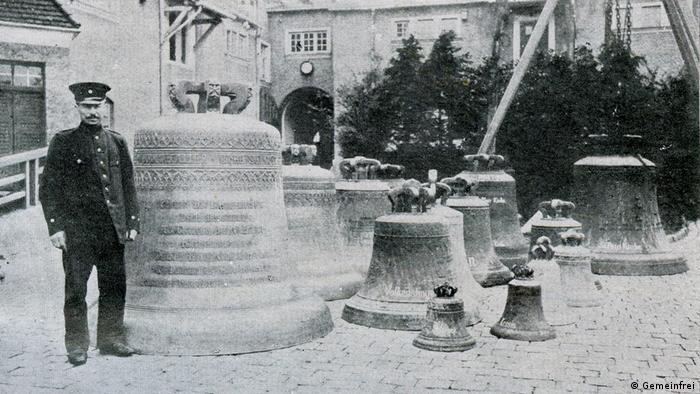 Melting down these instruments of the church and turning them into artillery gave the bells the opposite meaning, said Penczek. The decree from March 1917 was disturbing.

"The implementation of the taking down of the bells, caused painful feelings among the clergy and population," said the Consistory in Speyer.

Even today at the beginning of the 21st century bells are part of daily life in Europe. It was even more so a hundred years ago.

"Still will it last as years are tolling / And many ears will it inspire / And wail with mourners in consoling / And harmonize devotion's choir." This is how Friedrich Schiller in 1799 described the role of the bell in public life. The sound brings the people together, joins the individuals to choir. "She doth move, doth wave. / Joy be she this city bringing, / Peace be the first chime she's ringing," the poem continued.

"Choir" and "peace" – both were brutally destroyed in the First World War. In place of the choir stood the military corps, peace flowed into fighting, everyday life toppled into a permanent curfew. And the bells remained silent. 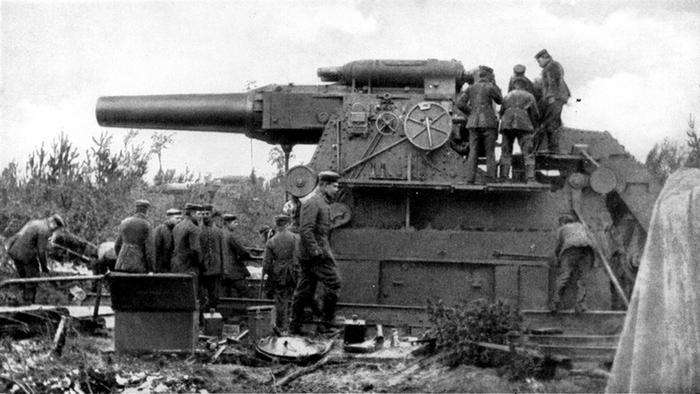 However, not everyone in the church was opposed to the decree. The authors from the Speyer Consistory, for example, welcomed the move and criticized the resistance from church communities, blaming the resentment in large part on the press. The press had spread "false ideas" about the bells.

"It is of great value when in this highly important matter the civilian and military authorities are supported by the clergy, whose sense of Fatherland in the duration of war has so often been proven," the Consistory wrote.

Around 44 percent of German church bells were melted down in the First World War.

Remembrance in every country has a specific slant. For the Germans, November 11 was the day of their defeat. The Poles on the other hand, whose country was divided and annexed for over 100 years by the Great Powers, celebrated a national revival. Czechs, Slovaks, Croats, Serbs and Slovenians, also celebrated their liberation from the rule of great empires like the Habsburgs or the Ottoman Empire.

Relief, joy and sorrow. The toll of the bells on November 11, 1918 evoked different emotions across Europe. These diverse perceptions should also be remembered, said Pastor Rüdiger Penczek. "Because everyone carries their own history, every country has its own wounds. That is also an expression of European diversity."

Almost 30 sites are on the shortlist to receive the highly coveted World Heritage designation. France and Belgium have entered their World War I graveyards into the running. The final decision will be announced in July. (24.06.2018)

Authorities in Flanders called it the "best preserved" find from the era. The bodies of all 23 crew members were found aboard the vessel, in a watery grave on the floor of the North Sea. (19.09.2017)

The impact WWI had on the fine arts is undeniable, and it is was the subject of an exhibition at Bonn's Bundeskunsthalle that focused in depth on the fate of modern art in the context of the war. (10.04.2014)