With Champions League finalists and record attendances, women's football is booming in Spain. Now at only their second ever World Cup, some even have them down as dark horses for the title. Their next opponents? Germany. 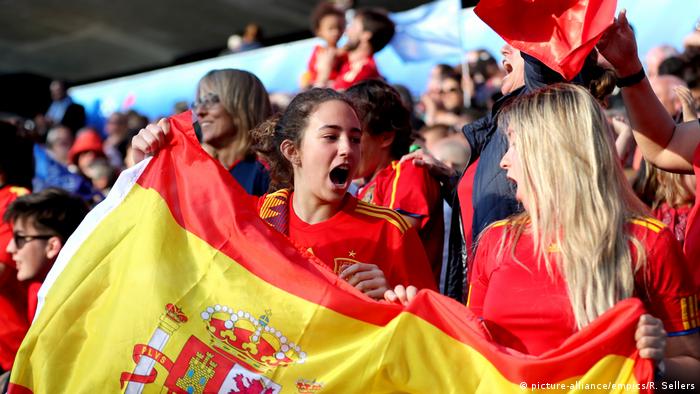 A lot has changed in women's football since Germany's last World Cup triumph in 2007.

Birgit Prinz, the scorer of Germany's first goal in the 2-0 win over Brazil in the final, is no longer the country's youngest World Cup representative, and Simone Laudehr, scorer of the second, announced her international retirement after being omitted from this year's squad.

But the gulf in quality at the top of the women's game has also narrowed and the tournament in France features dark horses which wouldn't have registered on fans' radars 12 years ago. Spain are one of those teams.

Women's football in Spain has undergone a dramatic transformation and the anticipation ahead of this tournament was greater than ever. Only four years ago, the women's league was severely lacking in quality and still some way from professionalization. Top players were forced to go abroad to further their development, such as Veronica Boquete, who became the first Spaniard to win the Champions League with FFC Frankfurt in 2015 before moving to Bayern Munich.

Spain's current crop, however, is the country's best ever, consisting predominantly of players from Atletico Madrid (five) and Barcelona (10). Of the current squad, only central defender Irene Parades plays her football outside Spain with Paris Saint-Germain.

The star of the team is Jennifer Hermoso, the Atletico striker who scored 24 goals in 28 games for her club last season and who netted two penalties as Spain came from behind to beat South Africa in their Group B opener on Saturday. 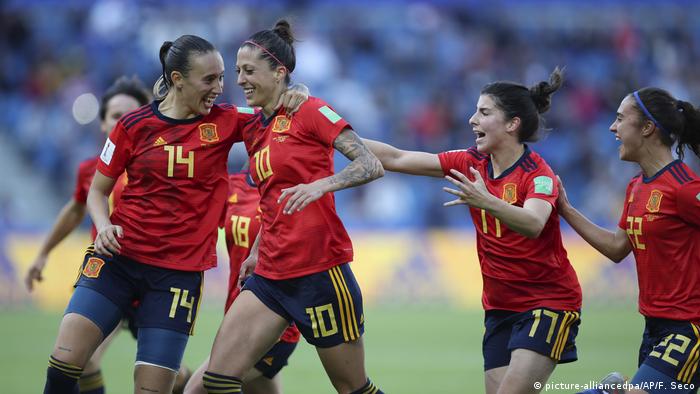 Jennifer Hermoso (no 10) celebrates scoring a penalty against South Africa

"The development in the last two to three years has been very good," Boquete tells DW, reflecting on what has been a veritable renaissance of women's football in Spain spearheaded by a new Women's Football Association (ACFF), founded in November 2015.

Integrated into the men's professional football league (La Liga) rather than the Spanish FA (RFEF), the ACFF has developed quickly under its president, Pedro Malabia, and main sponsor Iberdrola – one of Spain's biggest electric utilities providers. Television broadcast rights were snapped up by pay TV channel BeIN and public broadcaster Gol, not only driving up wages in the Liga Iberdrola but also "creating better structures and training facilities," as Malabia tells DW.

And it's working; women's football is booming in Spain. Only France issued more new professional player licenses to female footballers last year and the number of women and girls participating in organized football in Spain is up by 63 percent from 2012.

In March 2019, the growth in popularity of the sport was reflected in a record attendance for a Spanish league match when 60,739 fans packed into the Wanda Metropolitano in Madrid for a game between Atletico Madrid and Barcelona. Only the Women's World Cup Final in 1999 attracted more, when 90,000 filled the Rose Bowl in Pasadena, USA.

The quality of football has improved drastically as well. Last season, Barcelona became the first ever Spanish team to reach the Women's Champions League final – a huge achievement for Spanish football, even if the Catalans ultimately lost 4-1 to Lyon, the powerhouse of women's football in Europe. "All of Europe can see that our hard work is paying off on the pitch," says Malabia. 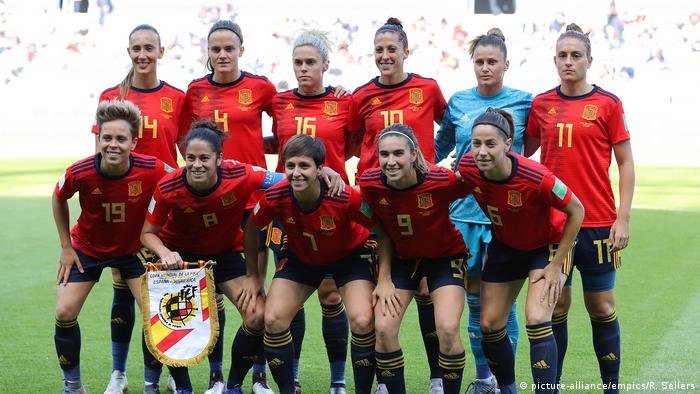 The success is becoming more evenly spread at home, too, with Atletico pipping Champions League finalists Barcelona to the league title and the cup going to Real Sociedad – developments from which the national team is also benefitting.

France 2019 is only Spain's second appearance at a World Cup, coming just two years after victory at the prestigious Algarve Cup in 2017. And performances at youth level are even more impressive: in 2018, the Spanish under-17s were crowned both European and world champions, the under-18s won a third European Championship and the under-20s reached the World Cup final, losing to Japan.

The development of Spain's youth team is ominously reminiscent of that of their male counterparts a decade ago. That team went on to win consecutive major tournaments in 2008, 2010 and 2012, and now the women will be hoping to do the same.

Victory over Germany would be a huge statement of intent from Spain – and proof of just how much has changed in recent years.

Euro 2022 was an overwhelming success, smashing attendance records from the opening match to a classic final. Whether Europe's biggest leagues can build on this momentum will dictate its longer-term impact.

Spain entered the Euros among the tournament favorites, but their group stage perfomances suggest they are still dearly missing injured stars Alexia Putellas and Jenni Hermoso. England await in the last eight.

Hosts England looked to be exiting their own tournament, only to conjure a dramatic turnaround. It wasn't always pretty, or planned, but England's adaptability trumped Spain's strong sense of footballing identity.