Germany are to be without key midfielder Dzsenifer Marozsan for at least the rest of the group stage at the Women's World Cup in France. Marozan suffered a broken toe during Germany's opening match. 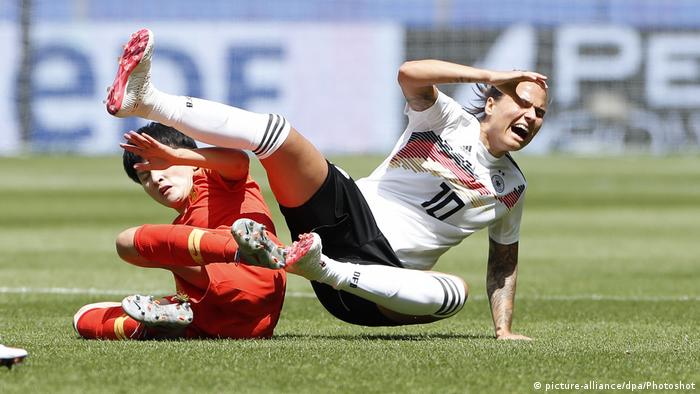 Germany's head coach, Martina Voss-Tecklenburg, confirmed to reporters on Tuesday that Dzsenifer Marozsan had broken the middle toe on her left foot during Saturday's 1-0 win over China – but had played through the pain.

"Anyone who has broken a toe knows how much it hurts. She really gritted her teeth and put herself in the service of the team," Voss-Tecklenburg said.

"We got the diagnosis after the game and we now won't be able to count on Dzseni for the rest of the group stage," she added, saying they were hopeful that Marozsan could return to the pitch "before the end of the tournament". 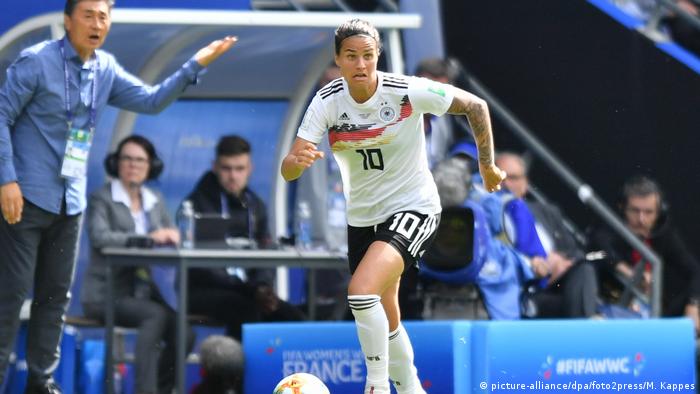 Voss-Tecklenburg did not say how she planned to adapt her team to the loss of her playmaker, who she described as "irreplaceable".

"You can't replace her because of the special abilities she possesses. We will have to compensate (for her loss) as a team."

Defender Leonie Maier said she and her teammates were shocked by the news of the 27-year-old's injury, who had missed three months of this past season after suffering a pulmonary embolism last year.

"However, we have a deep roster, so we can compensate for this and we will play for Maro," she said.

Germany's second Group B match is against Spain in Valenciennes on Wednesday.

Dzsenifer Marozsan on the atmosphere in the German national team 29.11.2020

Germany's national women's football team finally got back into action. With qualification for the 2022 Euros already confirmed, the pressure was off against recent opponent Greece. Nevertheless, some new faces were keen to leave an impression.

Germany's women's football team have opened their 2022 schedule with a draw against Spain in the Arnold Clark Cup. The four-team tournament also features hosts England as well as Olympic champions Canada.

Germany continued their perfect World Cup qualifying campaign with another huge win, this time against Turkey in Braunschweig. Tuesday's meeting with Portugal will prove a tougher test.