With Brexit, Northern Ireland peace hangs in the balance, says ex-negotiator Jonathan Powell | Europe | News and current affairs from around the continent | DW | 12.12.2017

Brexit threatens the peace in Northern Ireland, says Jonathan Powell, one of the architects of the peace process. The UK's recent agreement with the EU has not solved the problem of the Irish border, he tells DW. 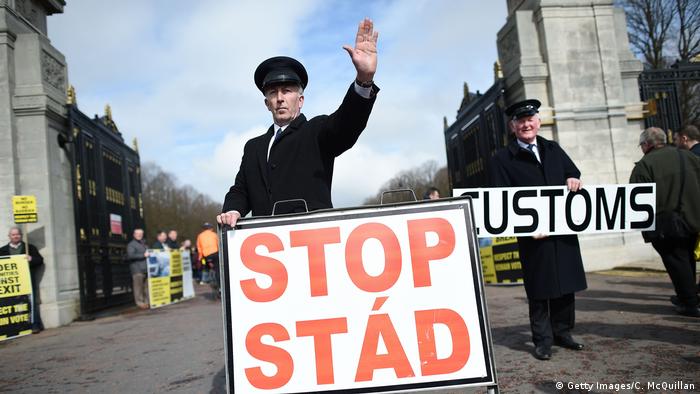 DW: You were at the heart of the peace process 20 years ago, when eventually you and others were able bring Catholics and Protestants together to sign the Good Friday Agreement. Do you see all your work in jeopardy now?

We don't have civil war anymore in Northern Ireland, but we do still have violence. There are actually more peace walls in Belfast now than when we signed the Good Friday Agreement.

Why is the Irish border such a sticking point in the Brexit negotiations? 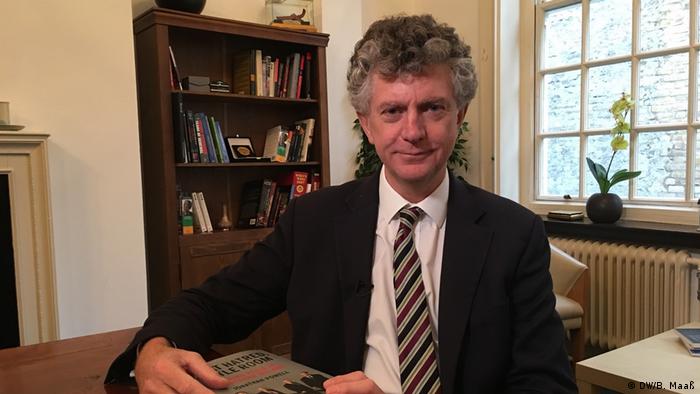 But the British government has asked for creative and technical solutions — they think that it is not necessary to have a hard border, and to still leave the EU.

They are trying to throw the blame onto the EU, by saying: "We would like to have this imaginative fantastic solution that doesn't exist anywhere else in the world, and it's just the EU stopping us." There is no technical answer.

Read more: Brexit Diaries 20: Theresa May in the Irish trap

If you look at the border between Norway and Sweden, you can put in technological measures that can make everything faster, but you still have to have customs posts. Lorries would have to be checked, particularly on a border like the Irish one, where historically there has been a lot of smuggling.

So is the British government is trying to sell different things to different people?

Read more:Ireland's Brexit border: The devil is in the detail 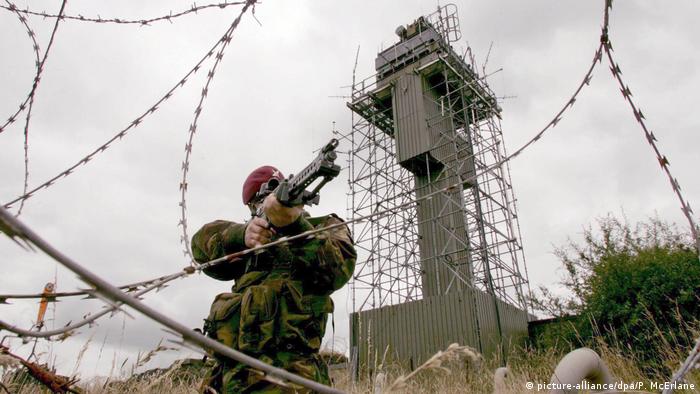 But even before that the difficulty is going to be within the Conservative government. Putting forward positions that are acceptable to both wings of her party is going to be an extraordinarily difficult challenge for Theresa May.

From your role as a peace negotiator, can you give the government any tips?

Well, be honest when you face a logical conundrum; Don't pretend there's a clever way out, because that just discredits you.

During the referendum campaign, the two former prime ministers Tony Blair and John Major, the two authors of the peace process, warned of the danger of a hard border if we voted for Brexit. They were dismissed by the Brexiteers who said it wouldn't be a problem, it would be managed by technology. But the Irish authorities made it clear there is no technological answer if there are different customs policies.

The British government responded by saying that other imaginative ideas might be possible — but no one took them seriously. So as a negotiator, if you keep putting forward incredible solutions, you undermine the confidence of your negotiating partner.

It took you and others a lot of effort to achieve peace in Northern Ireland. How does all this make you feel?

It fills me with despair. Northern Ireland dominated our lives for a long period of time. It was always on the front pages. It was a really grim conflict that cost lots of lives, it had huge economic costs. If we really went for a hard border, it would be very sad for Northern Ireland, the UK and for the Republic of Ireland. I hope the EU would see the need to avoid that.

What do you think is the most likely outcome?

My own belief is that we will in the end stay in the single market and the customs union. I know many people doubt that, but over time, people will begin to see the complications, and attitudes about leaving the EU will change. And when the opinion polls shift, the politicians will follow.