Brexit deal: What we know about the EU-UK agreement | Europe | News and current affairs from around the continent | DW | 08.12.2017

The EU and UK have reached an initial agreement on Ireland, citizenship rights and a divorce bill. DW breaks down the details of the agreement. 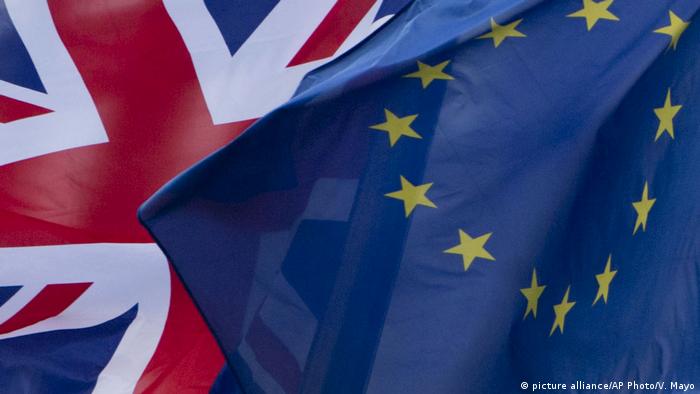 Britain and the EU have made "sufficient progress" on a Brexit divorce, paving the way for the two sides to move onto the next phase of negotiations on the future relationship in the areas of trade, defense and security, pending final approval at next week's EU summit.

The EU had been calling for clarity on three key issues — the Irish border, a financial settlement and the rights of EU-UK citizens  — before any future trade talks. The European Parliament's Brexit coordinator Guy Verhofstadt told DW that while the tacit agreement was "very positive," he remained "very curious" as to how the UK planned to implement its goals, matters to be discussed in the second phase of talks.

The European Commission and UK reached an agreement in principle on these three issues, with the "caveat that nothing is agreed until everything is agreed" as part of a final Brexit deal.

-     The rights of EU citizens working and living in the UK, and UK citizens in the European Union would be respected.

-     The reciprocal provision, which would impact some 4 million EU-UK citizens, would apply to those legally resident in either the EU or UK by the official scheduled withdrawal date, March 29, 2019.

-     The reciprocal protections would apply to spouses and children of EU-UK residents, even after the Brexit date.

Read more: The Irish border: What you need to know

-     There would be "no hard border" between EU member Ireland and Northern Ireland, including "physical infrastructure or related checks and controls."

-     All sides agreed on guaranteeing full implementation of the 1998 Good Friday Agreement [the peace deal that ended three decades of conflict and created the present-day political institutions].

-     The technical details related to the functioning of the EU Single Market and the customs union in Ireland and Northern Ireland will be fleshed out during trade talks during the next phase of Brexit negotiations.

-     The UK's intention is to address the EU Single Market and customs union issues around the Irish border question through an overall EU-UK relationship. That is, through an EU-UK trade deal.

-     In the absence of an EU-UK trade deal, the UK will "maintain full alignment with those rules of the Single Market and the customs union which, now or in the future, support North-South cooperation, the all-island economy and the protection of the 1998 Agreement."

-     The UK would meet its previous EU budget commitments under "a methodology for the financial settlement" agreed to by both sides.

-     While no concrete figure was given, previous estimates have put UK financial obligations at 45-55 billion euros ($53-65 billion).

-     The divorce bill would not be paid in one big chunk, but in installments as if Britain were (still) an EU member.

-     The UK would contribute to the EU budgets for 2019 and 2020 as if it were still in the bloc, even if it withdraws before those dates. The UK would also receive its surplus rebate in 2020.

-     Following Brexit, the UK would still be responsible for its share of financing EU liabilities incurred before the end of 2020.

-     It would also be responsible for the EU's contingent liabilities at the date of withdrawal.