Will trains play a key role in the European Green Deal? | Business | Economy and finance news from a German perspective | DW | 06.02.2020 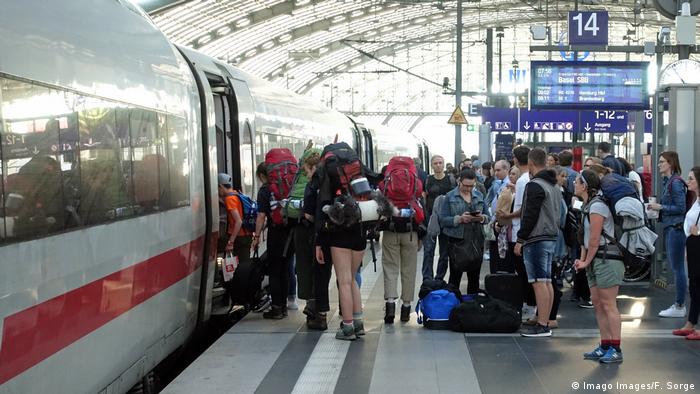 Night trains are making a glorious comeback in several European countries, banking on the penchant for nostalgic traveling while sleeping. After a 16-year break the first night train connecting Vienna and Brussels left the Austrian capital in mid-January.

Austria's national railway system, ÖBB, which operates the route, is planning to launch a sleeper train connecting Vienna and Amsterdam by the end of the year. The state-owned company is not the only one that sees an opportunity in Europeans' changing habits and growing attention to the environment.

In 2017, EU transport sector emissions were 28% above 1990 levels. The European Green Deal, currently being discussed by the Commission, aims at reversing the trend.

"Through the Green Deal, we have committed to make the transport sector in Europe to contribute to our effort to tackle climate change. All the modes have to contribute, but I think that rail in particular is a game changer, since it is a truly sustainable way of moving people and freight," Adina-Ioana Valean, European commissioner for transport, told DW.

Within the European transportation sector, road transport is the largest contributor of EU CO2 emissions (73%), followed by aviation (13%) and maritime (11%). Rail, given its high degree of electrification, comes in fourth at 1.6%.

Valean explained that current European programs to promote railways are no bone of contention. "We are looking forward to receiving, within the next Multiannual Financial Framework, a good budget for transport." 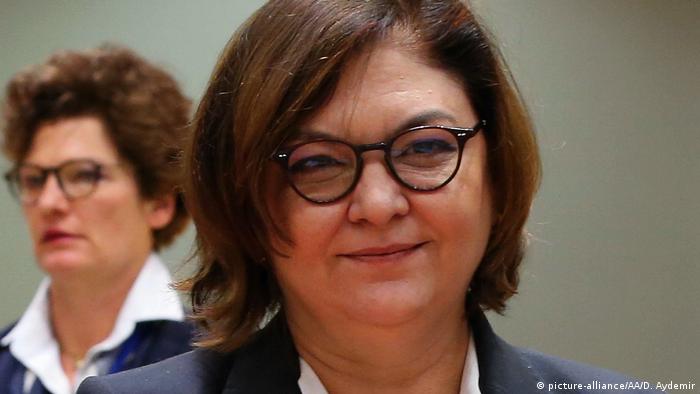 The transport commissioner underlines significant differences between member states in terms of rail networks, adding that European funds should target less developed regions through existing instruments, like the Connecting Europe Facility and the Cohesion Fund.

She did, however, rule out targets in transportation — at least for now. "What we need now is to understand which are the bottlenecks in the network and how much investment will be needed. So it is not the right moment for targets. Before that we need a strong assessment."

Valean added that the EU's Fourth Railway Package is being implemented, liberalizing the market and increasing competition for passenger services.

"Competition will increase, especially after June 2020, when the remaining EU member states will join the first eight that already transposed the directive by June 2019," Josef Doppelbauer, executive director of the European Union Agency for Railways (ERA), told DW.

"Some examples: Italy's Trenitalia has applied to ERA for a single safety certificate and vehicle authorizations to be able to also operate in France. French SNCF and Trenitalia will enter the Spanish market in June 2020." 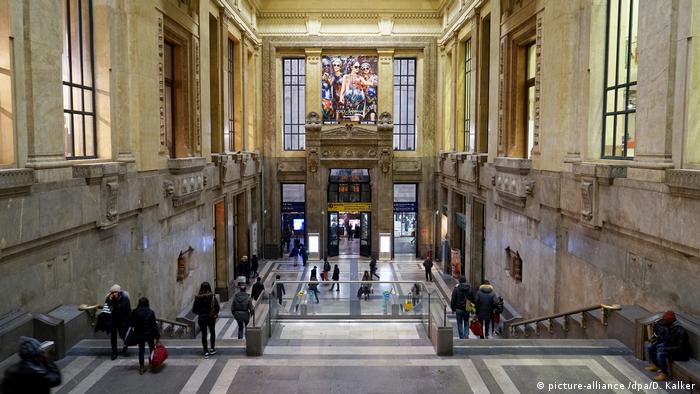 The inside of Milan's central station is an architectural marvel. But will Italy's Trenitalia train operation be able to lure passengers away from cars and planes?

ERA has two roles. It implements the EU regulation on interoperability and safety. Since June 2019, it also issues single safety certificates and vehicle authorizations. "This means that for trains operating in multiple countries one authorization issued by ERA is sufficient."

Doppelbauer said that there is still plenty of room for improvements. "For instance, the first night train from Vienna to Brussels in mid-January had to stop in Aachen for 30 minutes, because the locomotive had to be changed because of technical compatibility issues. Also the driver had to be changed, as he needed to speak Flemish."

You get what you invest

Doppelbauer argues that national routes like Barcelona–Madrid are already showing that it is possible to "increasingly replace less environmentally friendly inland flights by cutting down travel time and price."

Rail's ability to compete with aviation will now depend on track investment, a prerogative of individual EU member states. While countries like Italy keep decreasing investments in rail, countries like Germany are committing more, even though ticket prices have recently decreased. Last month, for example, its government launched a €86-billion plan to be implemented over the next decade.

"It is an additional contribution of €64 ($75) per person a year, bringing Germany to roughly €140, which is still not top class compared to Austria and Switzerland."

The challenge of sustainable tourism

"The majority of travel agents don't include at the moment trains as a mode to reach the final touristic destination," Libor Lochman, executive director of the Community of European Railway and Infrastructure Companies, told DW. "But we don't start from scratch. Travel agents for instance already offer Euro Passes, which allow passengers to travel four or seven days a month with a single ticket."

Freight transportation remains an even more difficult endeavor. "We have a growth of the passenger volumes, but we don't have the same figures for freight," stressed Lochman.

"As things stand, rail's market share of EU freight is slipping, falling from above 18% to below 17% in recent years," said James Nix, director of freight at Transport & Environment, a clean transport campaign group. As roads currentlytake the lion's share of inland freight, "very substantial sums are being invested in rail freight," he added.

"We've been requested by the Green Deal to move, as much as possible, freight from road to rail. But for this you need to improve the European cross-border railway network," said Commissioner Valean. Intermodal connections and capacity have to be built, border activities have to be streamlined.

All in all, prospects remain rosy, as strong support for rail comes from environmentalists and industry alike.

"The EU regulation will also help the railway sector to define a uniform technical standardization process," Francois Davenne, director general of the International Union of Railways, told DW. He even thinks that the Green Deal will have consequences on railways in many regions of the world, not just in the EU.