Will Russia swallow up Belarus?

Belarusian leader Alexander Lukashenko is forging closer ties with Russia. Isolated by the West, Lukashenko has agreed to a road map for closer integration that stops short of political union — for now at least. 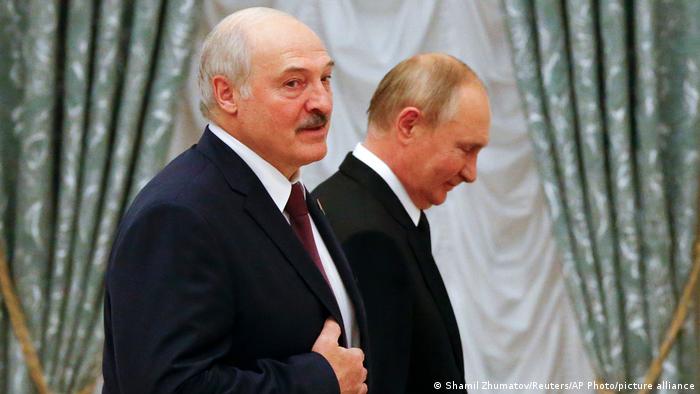 Some events are long in the making. Back in 1999, the leaders of Belarus and Russia signed a treaty on creating a "union state." For the past three years, Moscow has been pushing Belarus to move toward greater integration on the basis of that treaty.

The leader of Belarus, Alexander Lukashenko, made repeated trips to visit Russian President Vladimir Putin, and the two men often spent hours in negotiations. The details of these talks were, however, kept secret, and no deal was forthcoming.

But that all changed last week. On September 10, Putin and Lukashenko announced that they had agreed on 28 union state programs — road maps that are intended to bind the two countries more closely together. Lukashenko spoke of a "breakthrough," and Putin described them as a "serious step towards creating a common economic area." They are expected to officially sign up to the package in early November. 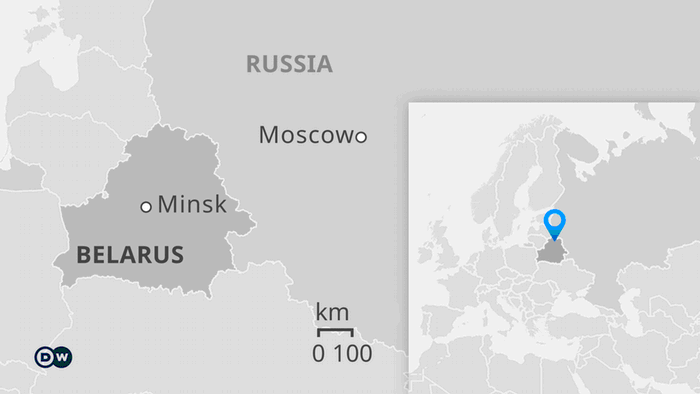 Is this what Belarusian opposition members have long been warning of? And what the pro-democracy movement took to the streets to protest against? Might Russia even "swallow up" Belarus? At the moment, it seems impossible to give a clear answer.

Moscow and Minsk are already members of the Eurasian Economic Union. That is one of Putin's pet projects, which the Kremlin is using to push forward the economic integration of former Soviet republics. Now Russia and Belarus are the de facto pioneers in this process. 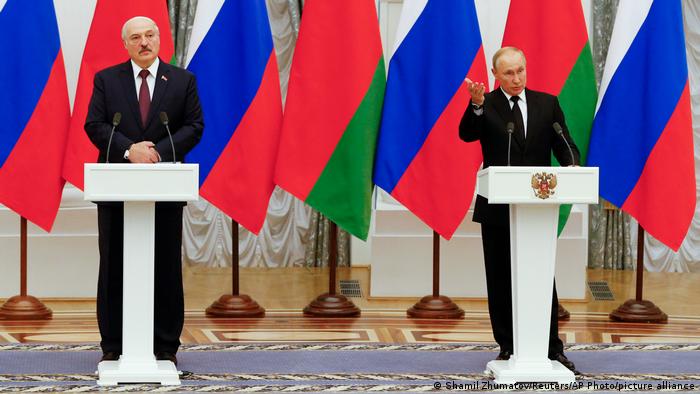 Lukashenko and Putin played down the prospect of political integration

What exactly was agreed? Bank regulations, consumer protection, the fight against money laundering, transport, farming and tourism are among the areas affected. It is unclear whether a common currency is being planned. Putin said it was too early for that.

Economic expert Lev Lvovsky says that a lot is very vague. "The very unspecific formulations are the problem," adds Lvovsky, a senior researcher at the Belarusian Economic Research and Outreach Center (BEROC). He says that the two leaders had merely agreed "to reach agreement in the future." The word "harmonization" appears in the documents 22 times, but it is never specified what that actually means, according to the analyst.

Putin and Lukashenko were much clearer when it came to money and energy, however. The cash-strapped Belarusian government will receive Russian loans amounting to $630 million, approximately €533 million, between now and 2022. The money is part of an aid deal more than twice that size that had already been approved at an earlier meeting. It was also agreed that gas prices should be pegged at current low levels until the creation of a common gas and oil market in 2023. As gas prices are currently rising at record rates on the European market, that is likely to particularly please the economically ailing state.

Announcement ahead of Duma elections

It is not hard to see why Lukashenko decided to agree to deepen integration at this point. The Belarusian president has become particularly dependent on his closest ally, Russia, since Minsk crushed opposition protests following disputed elections and the West responded with tough sanctions. The timing of the union state announcement is also unlikely to have been a coincidence, coming as it did a day before the beginning of the large-scale Russian-Belarusian military maneuver "Zapad-2021" ("West 2021") and a week before the elections for Russia's lower house of parliament, the Duma. 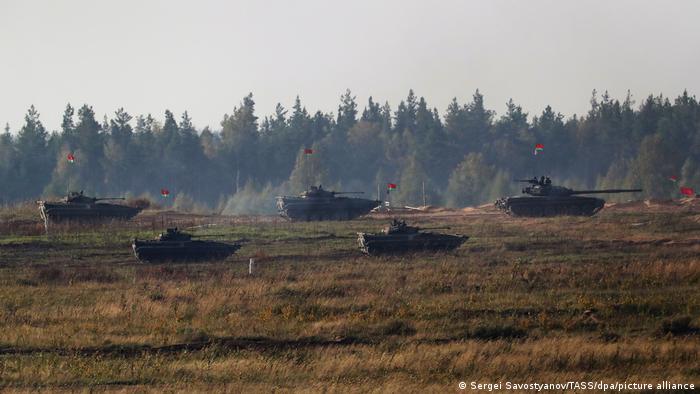 Some 200,000 troops are involved in the joint Russian-Belarusian military maneuvers

"It is extremely important to Putin to make his voters an election gift," says Russian political scientist Dmitry Oreshkin. The Russian electorate likes "geopolitical gifts," he says. According to the Moscow-based analyst, the Kremlin wants to give the impression that Russia is "slowly taking over" Belarus. But it remains open whether this will actually happen, he adds.

Experts in Minsk say that the measures do not mean an end to Belarusian sovereignty. "But it is an indication that the two sides are striving to implement the agreements made in 1999," says Andrei Kasakevich, who is director of Palitychnaya Sphera (Political Sphere), a Belarusian institute of political studies. He says these were concerned with supranational organs and political unification. A common parliament had been discussed earlier, but it was apparently excluded now, he adds.

Russia is currently endeavoring to "create as many possible institutional mechanisms with which it can exert influence on Belarus and retain it in its political and economic orbit." It is a long-term strategy that is intended to continue exert leverage even after Lukashenko's time in office possibly comes to an end, Kasakevich says.