British entrepreneurs who have settled down in France have been a blessing for the country's rural areas, but will this remain so after the UK's exit from the EU? Lisa Louis looks for answers in Verteillac. 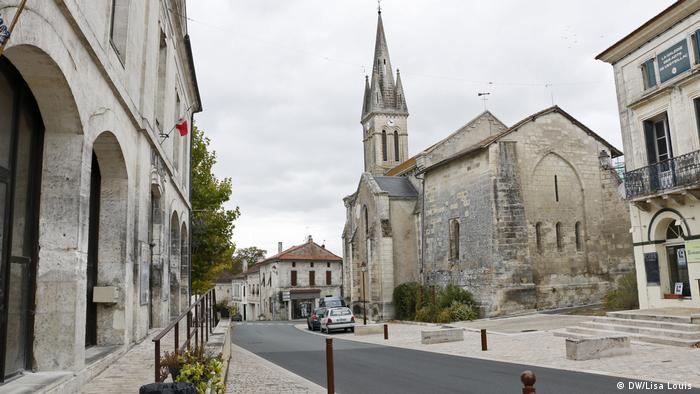 Verteillac is a typical French village in the southwest of the country. It has a church, two barbershops, a meat market and a bakery. The central market square is flanked by white limestone houses and boasts a mind-soothing fountain.

But a second glance reveals the village may not be so typical after all: 40 percent of the 650 inhabitants are British citizens. They contribute a lot to communuity life and the local economy. It's completely uncertain, though, how many of them will stay here after the United Kingdom's exit from the European Union in March 2019.

The EU and UK are still negotiating a deal that would guarantee an orderly departure from the bloc. But no matter what the outcome will be, Brexit could deal a severe blow to Verteillac's economy.

"Come on in, I show you where the bar is," says Rebecca Walters, or Bex as she's known here. She heads a restaurant that offers both French wine and British chips. The 41-year-old bought Le Calice last November, invested €10,000 ($11,600) in maintenance work and has since welcomed customers from 8 a.m. to 10 p.m. daily.

Rebecca says the previous owner had shorter opening hours, but she believes it's important to stay open longer. She employs 10 part-time workers to get the job done.

Rebecca ventured out into France despite the looming Brexit and her lack of a French passport. She says it had always been her father's dream to move to France after being going on pension. Her parents had already bought a house in Verteillac, and her father just wanted to wait for another two years to get his full pension. But before he could fulfill his dream, he got Alzheimer's and passed away. 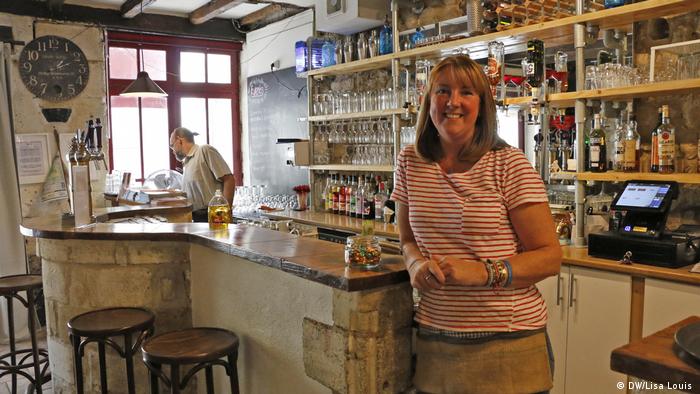 Rebecca doesn't want to leave France after Brexit, it's become her second home

Rebecca fears it could take years before the exact regulations for Brits living abroad post-Brexit are known. But she doesn't want to squander time just waiting. Instead, she says, she wants to make the best of it all now and is trying not to worry too much about what the future holds.

Rebecca's not the only British citizen who thinks this way here. Trevor Leggett is a realtor in neighboring Rochebeaucourt. Half of his clients come from the UK and they look set to buy 20 percent more homes than last year — even if the houses in question may be smaller with the weakened British pound.

"People are panicking and think they won't be able to buy any homes in France after Brexit," says Leggett, adding that he believes this assumption is misguided. For France's rural areas, though, the buying spree is good news, with the Brits acquiring homes in remote places, renovating them for a lot of money and providing work for many local service firms.

Saxo Bank economist Christopher Dembik adds that "the some 200,000 British citizens living in France are usually highly skilled and set up their own businesses — on top of that, they pay taxes and thus help fill the coffers of often smaller communities."

Hardly any other nation in Europe has as many small villages as France, Dembik points out. You often see people moving away in pursuit of a job, so it's a good thing when foreigners take up the slack.

"They seem to like exactly what young French people turn their back on — the tranquility in rural France," says the economist.

"They boost the revenues of local businesses, and without them we would most likely have had to close some stores already," he says. Two Brits are in the local council, helping to organize public festivals and other community projects.

But there are also some downsides. Prices for homes have risen slightly, and some don't like that at all. Also, many British citizens don't speak French, which — as the locals say — has stood in the way of proper integration. 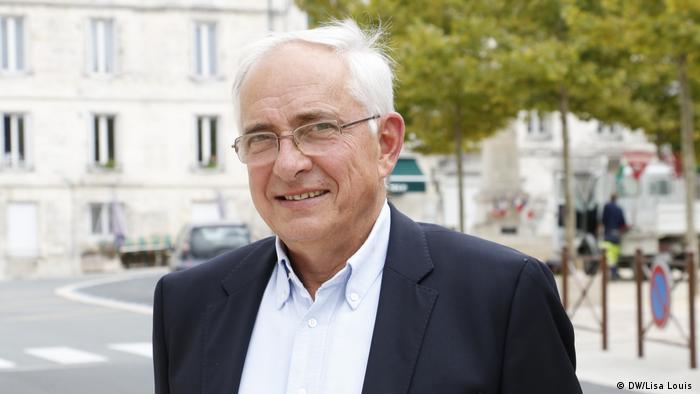 "There was a time when many Brits just kept to themselves and spoke English, also because there are so many of them here," says the mayor.

Still, he believes the situation has improved since the 2014 Felibree public festival, which saw the Brits and French celebrate together. "And now the Brits put more effort into learning French."

Economist Christopher Dembik insists, though, that language issues remain a major hurdle. You need to speak French in order to get French citizenship, and only 3,000 Brits have applied for it so far.

And who doesn't have French citizenship will face some difficulty staying in the country after Brexit, Dembik believes. He says France will not chuck out the British citizens just like that, but they will most likely have to apply for a residency permit to be renewed at regular intervals. That would cause a lot of red tape.

Rebecca remains unfazed. She wants to apply for a French passport soon. She says she hopes her restaurant will win her some brownie points. After all, she says, she already has a foot in the door and she pays French taxes here and health insurance.

But should she have to leave France one fine day, she'd consider moving on to yet another country. Still, she says, leaving France would break her heart.

The health minister tested positive for COVID-19 after meeting with colleagues. Officials implore Germans to stay home for their communities — but often fail to practice what they preach, DW's Rosalia Romaniec writes.

As China tries to expand its influence abroad, it's going beyond politics and business to target literature and publishing. German publishers are among those that have been targeted by censors, as DW has learned.