The British Foreign Secretary has floated the idea of building a giant bridge between France and Britain after Brexit. French Economy Minister Bruno Le Maire said the plan should at least be considered. 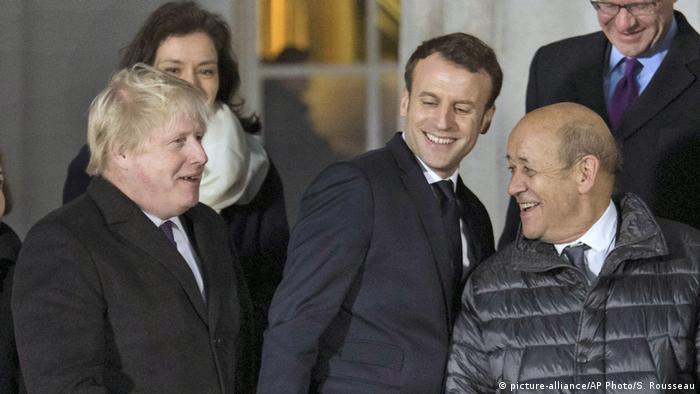 According to the UK's Daily Telegraph, Johnson told Macron it was "ridiculous" that two of the world's largest economies were only  "linked by a single railway," referring to the Channel Tunnel link, which opened in 1994.

Macron replied by saying "I agree, let's do it," according to the daily.

Johnson on Thursday tweeted that France's and Britain's success depended on "good infrastructure and good connections." He then asked "Should the Channel Tunnel be just a first step?," without giving any more detail. He has not discussed the idea in public.

Speaking on Friday on French radio station Europe 1, French Economy Minister Bruno Le Maire said "Why Not?" He went on to say that "all ideas, even the most eccentric ones, should be considered."

Meanwhile, Shipping UK, which represents nearly 200 shipping firms, pointed out that building a 22-mile (35-kilometer) bridge "in the middle of the world's busiest shipping lane might come with some challenges," referring to the Dover Strait. 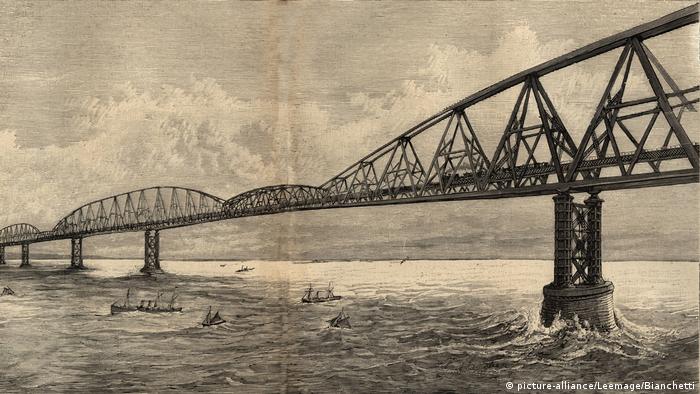 The idea of a bridge over the English Channel is not new. This engraving is from 1890

Johnson has previously promoted the idea of a second Channel Tunnel but is now said to be favoring a bridge instead.

He is known to have a soft spot for large infrastructure projects. As mayor of London he backed a "garden bridge" over the River Thames, a project that was scrapped by his successor, Sadiq Khan. He also once wanted to build an airport on the Thames Estuary dubbed "Boris Island."

From Britain to mainland Europe