Dutch judges have rejected a bid by British expats seeking to take a landmark case on their rights as EU citizens after Brexit. The court ruled that the claims were "too vague" to be considered by Luxembourg judges. 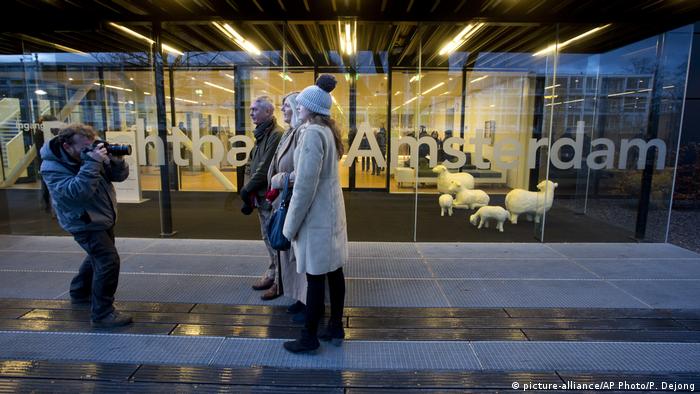 Chris, Molly and Deborah Williams, three of the UK nationals bringing the case

The Amsterdam appeals court on Tuesday ruled that a group of British expats were unable to continue with a case aimed at securing their rights after Brexit. The group had hoped to argue they had acquired independent rights as European Union citizens by living in the Netherlands for so long, but the court ruled the case was inadmissible in its current form.

The expats, some of whom have lived in the Netherlands for decades, maintained that they should retain rights and freedoms, such as theright to free movement and residence.

However, the court agreed with the Dutch government, which had argued at a hearing in April that the case was "inadmissible" and "groundless."

In its verdict on Tuesday, the appeal court said the issues raised by the five Britons named in the case were "not concrete enough" and too vague.

As a result, it said, the case could not be forwarded to the European Court of Justice (ECJ). However, the court did rule that the position of Britons living in the EU after Brexit should, indeed — as a matter of EU law — be decided by the ECJ.

Stephen Huyton, one of the plaintiffs, expressed disappointment at the decision. "This case has always been about seeking clarification. Not only for the 46,000 Brits living in the Netherlands, but also for the 1.2 million Brits living in other EU countries. Given today's judgment much uncertainty remains," said Huyton.

Christiaan Alberdingk Thijm, the lawyer representing the plaintiffs, said there was a positive side to the verdict, namely that the court had said the issues should, in principle, be decided by the European Court of Justice (ECJ). That followed an Amsterdam lower court's ruling in February that asked the ECJ to consider whether Britons would automatically lose their European citizenship and, if so, under what conditions.

"It is now confirmed in two instances that only the CJEU can determine what Brexit means for my clients. I urge all court in the EU to bring these issues to the CJEU as soon as possible," said Thijm. "Brits in the EU are entitled to legal certainty about their citizenship rights upon which they have to build their lives."

The case was brought by the individuals and the associations Brexpats and Commercial Anglo Dutch Society, who had claimed that the Dutch State must respect their EU rights after a Brexit.

Britain is set to leave the EU on March 29, 2019, having agreed an outline deal including a preliminary commitment to protect citizens' rights. However, the extent to which they are would depend on the outcome of more detailed negotiations later this year, with a chance still remaining that no deal will be struck.

Prime Minister Theresa May won the backing she needs for her Brexit plan, but the vote left her politically weakened. Opposition leader Jeremy Corbyn faced a similar revolt in his own party during the negotiations. (14.06.2018)

UK Prime Minister Theresa May is likely to hike spending on the National Health Service by €5 billion a year, funded in part by a "Brexit dividend." But as her political options narrow, many see May’s move as gesturing. (15.06.2018)

Brexit Diaries 35: Theresa May begs for the UK's trust

Theresa May wants the rest of the British public to put on her rose-colored Brexit glasses. Meanwhile, the prime minister has missed another chance to fire Boris Johnson and the UK has been left out of the Galileo fun. (15.05.2018)