Why young eastern German voters support the far-right AfD | Germany| News and in-depth reporting from Berlin and beyond | DW | 11.06.2021

If Germany's recent regional election had been decided by young people, the far-right AfD would have won. The East German identity has been inherited by a new generation, some of whom don't mind a few racist politicians. 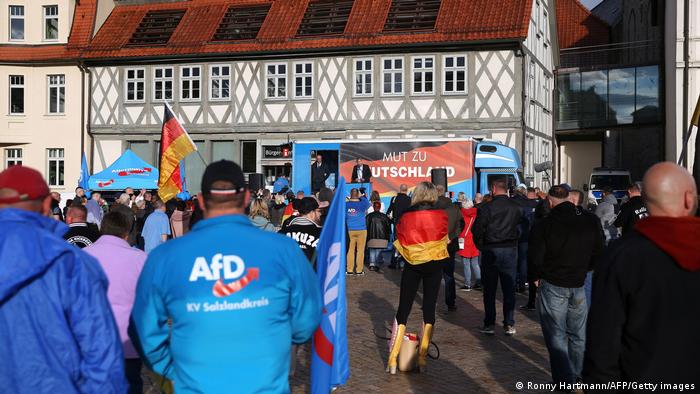 Last Sunday's election victory for the Christian Democratic Union (CDU) in the eastern state of Saxony-Anhalt was reassuring for Germany's centrist mainstream parties, but it also carried an undercurrent that disturbed them: Once the pollsters had collated the numbers, it emerged that the Alternative for Germany (AfD) had come first among voters under 30.

That torpedoed the argument, repeated before the election by the government's commissioner for the former East Germany, that some sections of the population there vote for the far-right because they grew up in a dictatorship. One in five voters born after 1991 voted for the AfD. So what happened?

Kerstin Völkl, political scientist and election researcher in Saxony-Anhalt's biggest city, Halle, noticed that the AfD appeared to have a better strategy for young voters. "They tried to create a 'caring' image, that they were trying to get closer to young people's problems," she told DW.

She also noted that the AfD was the only party to send personalized letters to all first-time voters in the Saxony-Anhalt's capital, Magdeburg.

"Yes, that's true," said Jan Wenzel Schmidt in his office in Saxony-Anhalt's state parliament. "And you see that it had a certain success," he added with a smile.

Schmidt is head of AfD's youth organization in Saxony-Anhalt, the Junge Alternative, which had a hand in developing the party's election strategy. Despite its small membership of only 160 people, the group made a point of campaigning noisily on the streets of Magdeburg in the final days of the campaign.

Schmidt represents the AfD's ambitious new generation — and perhaps it's a sign of how much stock the party has put in people like him that the 29-year-old is now running for the Bundestag as one of the first on the party's candidate list. His step up to Berlin in September is almost certain. 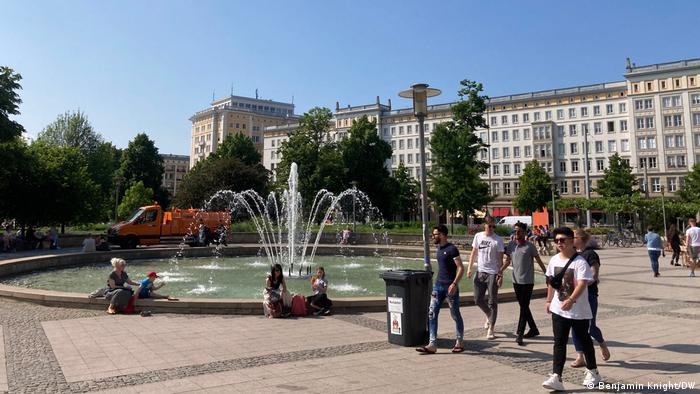 But for now, Schmidt remains a local politician, and the native Magdeburger is convinced that the AfD did well last Sunday because it knew what has been bothering Saxony-Anhalt's youth in the past year: mainly, restrictions on freedom imposed for a virus that many young people don't believe can harm them.

Those restrictions exacerbated the larger problem that affects poor, sparsely populated regions: the chronic lack of infrastructure, especially public transport (there are villages in Saxony-Anhalt that have just two bus services per day) and what might be called "social infrastructure." Youth clubs, for example, once a staple part of many eastern German communities, are now in short supply.

"The younger generation is fundamentally disadvantaged because a lot of the investments that are made don't reach young people anymore," said Schmidt. "I saw it myself: When I was growing up in Magdeburg in the 90s, there were a lot of youth clubs, places for young people to go. They've all disappeared."

Though he and the AfD are political opponents, Johannes Walter of the Kinder und Jugendring, Saxony-Anhalt's umbrella organization for dozens of youth support organizations, has the exact same complaint. "The support for local youth work in Saxony-Anhalt was massively cut in 2014 and has not been raised significantly since," he told DW. "In the meantime, running costs and salaries have risen, so all the youth clubs have successively had to shut down."

Observers have noted that the AfD has managed to present itself as the party that cares about this support network, though others who work with young people in Magdeburg think the answer is much simpler: The party does not need to present its platform in any way at all; voters simply project their own dissatisfaction onto the party.

"All you have to do is look at the AfD's campaign posters," said David Begrich, of the anti-racism campaign group Miteinander ("Together"). "They were just two red arrows pointing at the other parties' posters, with the slogan: 'You had 30 years' time.' That isn't any kind of political program; it's just the expression of an emotion." 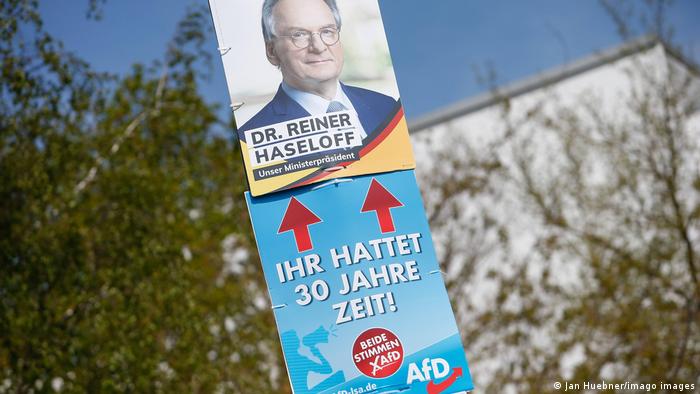 The AfD took other parties' campaign posters and added their slogan: 'You had 30 years' time'

A generation in search of an identity

That emotion is frustration, and it sits deep when there's nothing to do, you can't afford a car and only two buses go past your home a day. But there are poor, frustrated young people in rural western Germany too — so why don't they vote for the AfD in the same numbers?

Miteinander organizes school workshops every week with young people in both eastern and western Germany, and, according to Begrich, there's a significant difference in levels of self-confidence. "I experience young people from the west as much more articulate and communicative, more self-assured when meeting strangers," he said.

He believes there is, even after 30 years of reunified Germany, a distinct East German identity that is being inherited by younger people — even those (or maybe especially those) who have moved west to study and work and then returned in their 20s and 30s.

"We see young people who are very strongly in search of an identity," Begrich added. "We've noticed that young people and young adults are increasingly turning back to the issue of East Germany and East German identity. I see it in my own daughter; she's 18, but she sees herself in contrast to 'West Germans.'"

The lack of confidence also explains the devastating demographics of the former East Germany: Saxony-Anhalt has lost fully a quarter of its population since 1990, mostly from its rural regions, and those who have moved away are the young, well-educated people — among them many women.

Left behind, apart from the older generations, are "young men with a lower level of education," said Völkl. "And they've internalized that status — and they notice it, that they've ended up on the losing side. That makes you more open for populist and authoritarian tones."

Although eastern Germany is slowly catching up with the west by certain economic measures (GDP, average salaries), that new prosperity is just that: New. It has not yet been accumulated. The average net fortunes of eastern Germans remains less than half that of western Germans, which means that young eastern Germans don't inherit what their western counterparts do. 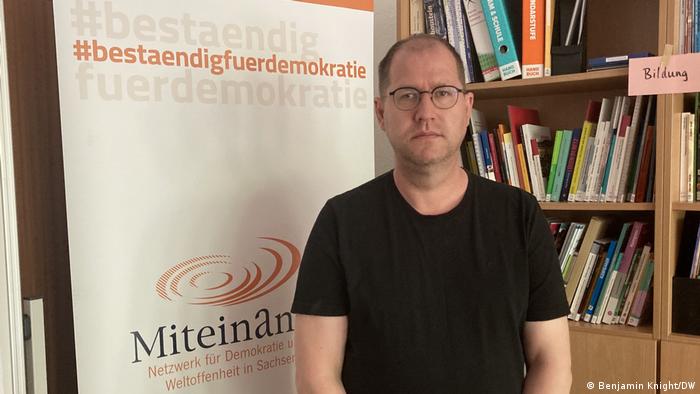 'Young people and young adults are increasingly turning back to the issue of East Germany and East German identity,' says David Begrich

Against that economic background, the elephant in the room — the AfD's increasing right-wing radicalism — weighs less heavily among voters.

"First of all, racism and right-wing extremism just aren't as much of a taboo in the east, and there's a different relationship to freedom of speech," said Begrich. "Students in the school projects I do often say to me: 'I think Adolf Hitler was a great politician — he built the autobahn and gave many workers money and work — and that's my opinion, and we live in a free country and I can express my opinion.'"

So what do you do when a teenager tells you something like that? "Well, the main thing is to counter it with facts, and express my belief that Hitler was a criminal," he said. "Too often we see that far-right opinions aren't being contradicted — instead, we see people say, 'Oh well, that's just your opinion'."

Kerstin Völkl of Halle University believes there's less awareness among young eastern Germans about the importance of both democracy itself and how important a functioning civil society is for democracy. The result is less apathy about racism.  "They fail to recognize what a danger far-right tendencies present," she said.

Germany's 'Generation COVID' finds it hard to shape their future

The economic impact of the coronavirus is hitting Germany's next generation of workers hard. Three young women share the challenges they face finding work and traineeships during the pandemic.