Germany′s ′Generation COVID′ finds it hard to shape their future | Germany| News and in-depth reporting from Berlin and beyond | DW | 04.05.2021

Germany's 'Generation COVID' finds it hard to shape their future

The economic impact of the coronavirus is hitting Germany's next generation of workers hard. Three young women share the challenges they face finding work and traineeships during the pandemic. 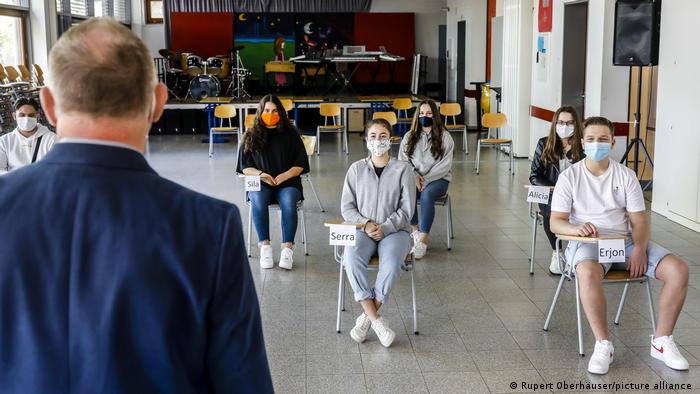 Making the leap onto the job market can be a daunting experience at any time. But the process has been made all the more difficult by the pandemic. More than a year of rejections and redundancies and isolation is taking its toll on Germany's youth.

"We're partly exhausted, partly annoyed,” says Lulu* in Stuttgart. After having taken time out after school due to health concerns, the 25-year-old is now one of the thousands of young Germans seeking an apprenticeship as part of Germany's vocational job training system.

"The situation is extremely difficult," she says, pointing to the fall in the number of traineeships offered by companies.

"A lot of employers have enough on dealing with their full-time staff right now. So, some avoid taking on trainees due to money concerns, others because a lot of the staff is working remotely."

"Sometimes you get a response saying: Maybe next year. So, you can 'play poker' a bit. But then that's another year gone. And maybe in a year, they don't take you on after all."

After starting a one-year preparatory course, Lulu considers herself one of the luckier ones. 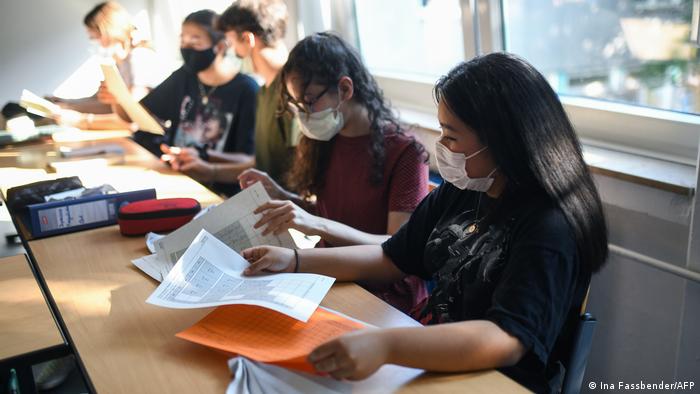 Laid off because of COVID-19

In March, German Labor Minister Hubertus Heil announced there would be financial support for companies willing to commit themselves to take on trainees with €700 million ($840 million) earmarked for supporting trainees in companies that are struggling in the coronavirus crisis.

But in Berlin, 22-year-old Momo is still holding out. The problems on the job market go beyond finding a traineeship, she says.

After finishing her "Abitur" high school diploma in 2019, she decided to take some time out.

"I was a bit lost and didn't know exactly what my interests were," she says, pointing to the lack of career advice and orientation that had been provided at school.

While reassessing her plans, she began working in a "mini-job" at an organic supermarket. It wasn't long, however, till the pandemic hit and the "mini-jobbers" were sent home.

Last summer's lull of the pandemic brought Momo her next part-time job, this time at an ice-cream parlor. But that too was short-lived as the second wave hit.

"They let a lot of their staff go too because they said they weren't making enough money. It was all so unclear. I just knew I couldn't stay at home for eight months and started searching for a traineeship."

But the choice is far from what it was in previous years, she says. 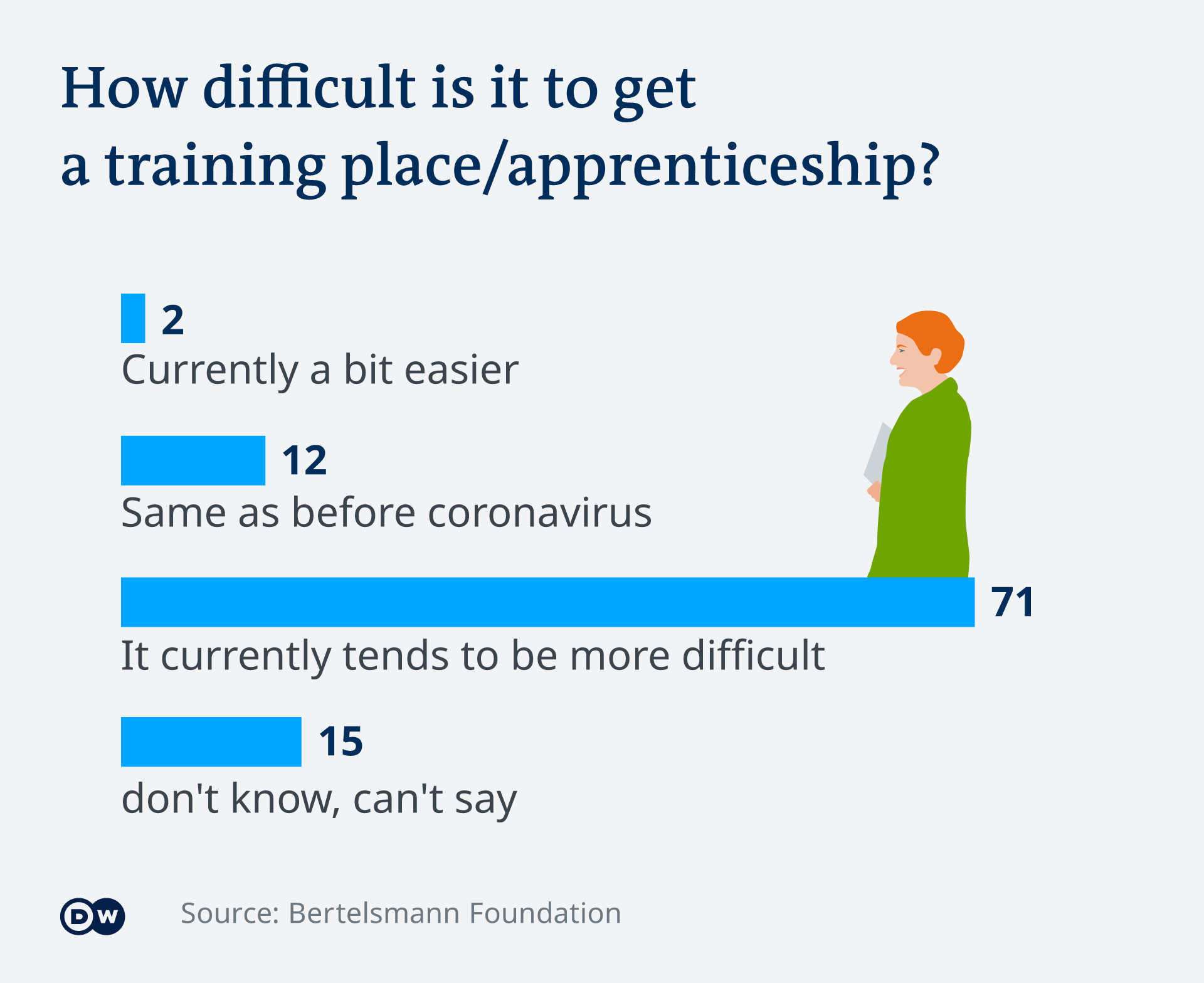 Isolation instead of integration

Navigating the way onto the job market has been just as challenging for 23-year- Kateryna in Darmstadt. The 23-year-old Ukrainian moved to the southwestern city two years ago.

"It was a difficult time when the pandemic hit," she says. "I was in the middle of a B2 German language course. I was trying to integrate myself into German society, but I couldn't do that. I had hardly any contact with anyone."

Her days were filled with constantly sending out applications for apprenticeships, but all that came back were rejections.

Things started to look up for Momo and Kateryna when the job center connected them with the non-profit organization Joblinge. Founded in 2008, Joblinge helps young people with difficult starting conditions to get internships, apprenticeships, and onto the job market.

"I don’t think we can avoid having a Generation Corona. It's simply there,” says Joblinge Director Kadim Tas. "The question is: what marks is the pandemic leaving behind on this generation? And we have to take that seriously. We need to build up young people’s confidence. They need to feel worthy. And they need to realize their potential,” he says.

Kateryna has since been accepted on a traineeship to start in September. "This wouldn't have been possible without the help from Joblinge," she says. For her, the extra support during the orientation phase was extremely important. "I realized that there isn't just one job that's suited to me."

Assessing the impact of Germany's third lockdown on small businesses

In Berlin, living at home with her parents and siblings, during her quest to find a traineeship has brought its own set of challenges for Momo. Sharing a laptop with siblings means she's sometimes unable to complete workshops and seminars.

"Digital job interviews have also been a completely different experience," she says.

"In person, you're in a professional setting. But online, personal interaction is lacking. Something could happen in the background, a pet or a family member making a noise."

For now, Momo has secured a three- to four-day internship — with the potential of a training position after.

But with workplace pandemic restrictions still in place, it's unlikely that she'll meet many of her colleagues.

"I'm worried that I won't familiarize myself with many areas of the job," she says.

Looking ahead, she's also concerned that her generation will be at a disadvantage. And she isn't alone.

According to a survey by the Bertelsmann Foundation, more than 70% of young people in Germany between the ages of 14 and 20 see their chances on the training market worsened by the pandemic.

"I've already noticed how uncomfortable it is during job interviews when the employer asks why you have gaps in your CV. And all you can say is: the pandemic," she says.

*The interviewees did not wish to see their full names published, Eds.

The Coronavirus pandemic has not just laid bare the limits of our health systems, it has also changed the fabric of society. A new study by Germany's Bertelsmann Foundation takes a closer look.