Local media says the intelligence service in the state of Saxony-Anhalt has placed the regional AfD party under surveillance citing "anti-democratic" tendencies. 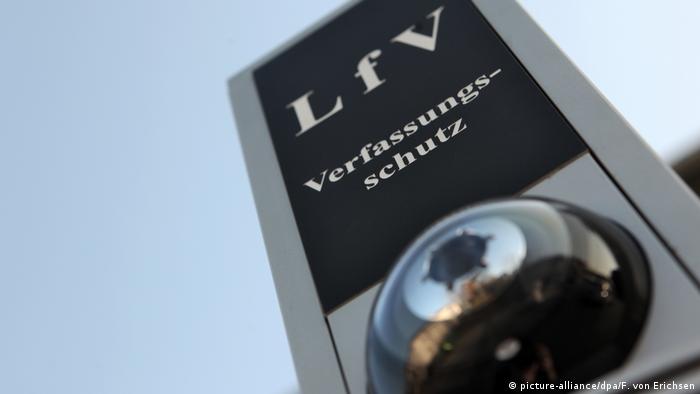 The Office for the Protection of the Constitution in Saxony-Anhalt approved the decision to place the regional branch of the far-right Alternative for Germany (AfD) party under surveillance , the Mitteldeutsche Zeitung reported on Monday.

The decision was allegedly made on January 12. The control committee in the Saxony-Anhalt Parliament was informed in a secret meeting late Monday, according to the Mitteldeutsche Zeitung.

The move gives the state intelligence service the power to observe communications and financial transactions of the 1,400 members of the party in the state.

The reported approval was based on years of collected evidence and confirmed the status of the group as a suspected case of far-right extremism.

The authorities noted in particular the attacks by the regional party on human dignity, its rejection of the rule of law and a general anti-democratic position.

Regional AfD parties in Brandenburg and Thuringia had already been designated as "suspected cases."

How did the AfD respond?

The move came as little surprise given that a prominent member of the regional AfD parliamentary party had already been placed under observation for his role in the former, extreme far-right "Wing" of the party which had connections with known neo-Nazis.

The AfD is the largest opposition party in the Saxony-Anhalt Parliament. It won 24% of the vote in the last regional election. The leader of the Parliamentary party, Oliver Kirchner, told the Mitteldeutsche Zeitung that the state government was abusing the intelligence service in order to weaken his party.

The results of a two-year investigation are expected to be published soon, according to AFP, which could be a blow to the party during an election year.

Although the far-right party gained 94 seats in the last national election, making it the second-biggest party in parliament, it has struggled to maintain its support during the coronavirus pandemic.

Despite the dissolution of the extreme far-right "Wing" of the party, its former members were still under surveillance and kept hold of their influence over internal party politics.

"The AfD could be declared a suspected case because it is dominated by the radical wing of the party, whose influence has only grown in recent months," Hajo Funke, a political scientist at Berlin's Free University, told AFP.

The former head of the intelligence service, Hans-Georg Maassen, also said on Tuesday that he was stepping down earlier than planned from the law firm which was representing the AfD's case against the the Office for the Protection of the Constitution.

Maassen was allegedly forced out of his previous job for holding close connections with the far-right party and subsequently came under fire for joining the law firm.