There were no scandals, no family intrigue and no diva moments in Bayreuth, just an acclaimed "Mastersingers" premiere. But 2018 could get juicier, with Plácido Domingo waving the baton and a conductors' row to resolve. 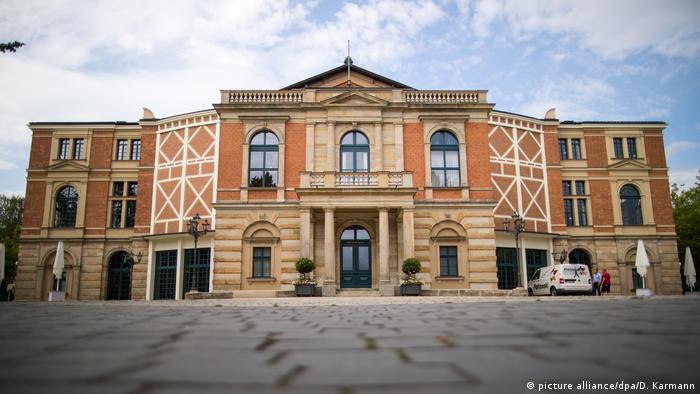 The Richard Wagner Festival winds down the season on August 28 with a performance of "Götterdämmerung" (Twilight of the Gods), the fourth opera in the cyle "The Ring of the Nibelung." In this final season of the controversial multimedia production by Frank Castorf, the audience response has been positive. Despite relishing a good scandal, the German theater provocateur took 15 minutes of warm ovations in stride.

It is, however, not categorically the last season of the production. In a departure from tradition certain to have old-school Wagnerians turning in their graves, one of the four operas, "The Valkyrie," will be lifted from the context of the tetralogy and shown twice separately in 2018.

Eyebrows were also raised at the announced conductor: Plácido Domingo. How the 76-year-old tenor, opera manager and conductor will come to terms with the perilous acoustic of the Bayreuth Festspielhaus is something critics have been questioning.

On the other hand, many will greet the opportunity to sample the central opera of Wagner's "Ring" without having to spend six days in the small Bavarian city and clocking up 16 hours in the festival theater.

Festival sources said that visitors from nearly 80 countries were in attendance this year, with the Swedish royal couple Carl Gustav and Silvia heading the protocol list on opening day, July 25. They were among those witnessing the premiere of "The Mastersingers of Nuremberg," interpreted by Australian stage director Barrie Kosky as a warning against anti-Semitism. Reactions from critics and the audience were generally positive.

Kosky drew an implicitly direct line between Wagner, his cohorts and the disaster of National Socialism decades later. Yet in the polished production, he seemed to pose more questions than provide answers, thus enabling a lively debate. 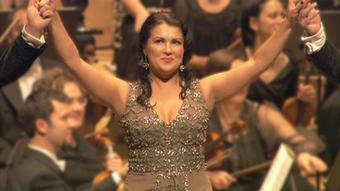 Anna Netrebko fans are out of luck next year

No Anna Netrebko next year

Next year's festival will open with a new production of Wagner's opera "Lohengrin" as staged by the Israeli-American director Yuval Sharon and with sets by the internationally acclaimed German artist Neo Rauch.

"He'll take us into a different visual universe, one of great magic and powerful images," predicted festival director Katharina Wagner.

The French tenor Robert Alagna will sing the title role. Years of speculation that Russian diva Anna Netrebko would appear as Elsa were quashed when when it was announced that the German soprano Anja Harteros had been cast.

Wagnerians with a long memory will greet the return of the fabled German mezzo Waltraud Meier to Bayreuth after an 18-year absence. The orchestra in the pit will be led by Christian Thielemann, setting a record in Bayreuth for having conducted all 10 of the Wagner operas on the playbill.

The lecture series "Discourse Bayreuth" initiated in 2017 with a cautious and considered assessment of Bayreuth in the Nazi era is scheduled to continue in the coming season.

Hopes of reconciliation and renovations

"The Flying Dutchman" will return to the stage in the production by Jan Philipp Gloger, but 2018 and 2019 will both be "Ring"-free years. With the production team for a new rendition of the four-opera cycle in 2020 still unannounced, speculation has grown as to the conductor: Thielemann or Nelsons?

One is the festival's music director, the other - the Latvian conductor Andris Nelsons - left the festival in a huff in the run-up to the 2016 season without specifying the reasons. Rumors of a rift with Thielemann seemed plausible, however, so it may boil down to whether the two star conductors can patch over their differences. 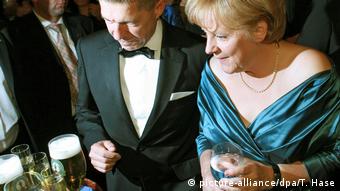 The Festspielhaus itself has weathered artistic storms for over 140 years but hasn't withstood the actual elements quite as well. Initial time and cost estimates for restoring the structure - built to a design by Richard Wagner himself - projected work to be finished in 2020 at a cost of 30 million euros ($36 million), but details emerged this year to the effect that restoring the facade alone would cost that much.

A "far higher" sum for protecting the world heritage site is now projected. The matter has doubtless come to the attention of German Chancellor Angela Merkel, a yearly attendee of the mostly state-financed festival - but has been put on the back burner until after the parlimentary elections on September 24 determine her fate as well.

Wieland Wagner, born 100 years ago as the grandson of composer Richard Wagner, received special attention from Hitler and brought unconventionial ideas to Bayreuth. Nike Wagner reflects on life as his daughter. (27.07.2017)

He was the grandson of composer Richard Wagner and like a stepson to Adolf Hitler. Wieland Wagner, credited with revitalizing the Bayreuth Festival after World War II, would have turned 100 this year. (27.07.2017)