Why is Italy still the sick man of Europe?

Since the financial crisis, Italy has struggled to kick-start its growth, and is lagging behind its European neighbors. But the causes of the country's malaise date back decades — and hope for change is meager. 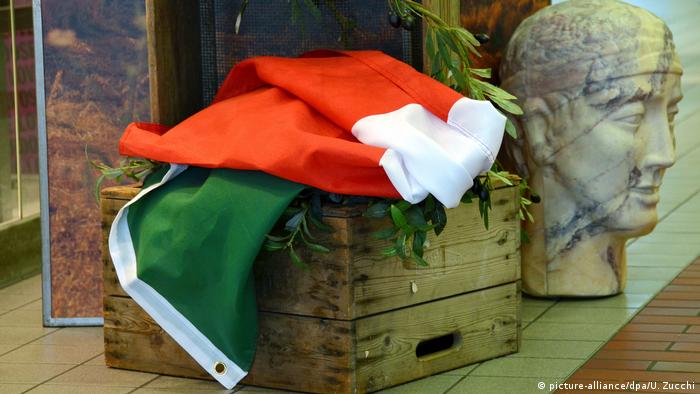 Over the last decade, Italy has often been pinpointed as the "sick man in Europe," a vulnerable economy that is a risk to the European Union's financial stability.

Still today, a series of disappointing numbers are alerting analysts to the fact that Italy's vulnerability might be increasing.

The country's government recently cut its growth forecast for the year from 1% to 0.2%.

Eurostat recently confirmed that Italy's public debt has reversed its declining trend and has grown almost 1% in 2018, reaching 132.2% of gross domestic product (GDP). In total numbers, Italy's public debt is the EU's highest, and with the meager growth forecasted for this year, it is expected to rise.

Italy is also currently the only EU member state in a recession. But what brought the country to this point?

According to Carlo Alberto Carnevale-Maffe, Professor at Bocconi University School of Management in Milan, the situation is actually worse than the government estimates.

He and other analysts expect zero or even negative growth, as internal demand remains low and both public and private investment have dropped.

"Our export is robust, but it's the only positive component of our GDP," he tells DW. "And it isn't able to bear the weight of the national economy on its own."

A political and economic system that's been faulty for decades

To find the root causes of Italy's economic malaise, one must look to its history, argues Andrea Capussela, author of The Political Economy of Italy's Decline.

His book traces the country's political and economic history, pinpointing events and trends that have lead Italy to today's decline.

Throughout the last few decades, one recurrent trait is the country's malfunctioning social institutions — in particular the lack of rule of law and political accountability — which hinder productivity, innovation and therefore growth.

After the Second World War, Capussela tells DW, Italy's economic miracle was based on importing superior manufacturing technology from abroad, mostly from the United States. For such a model, which pushes for innovation and growth, Italy's faulty institutions were not an obstacle to development.

Things started changing in the 1970s and 1980s, when Italy evolved into a fully formed industrial economy, and its industrial districts started developing. At this point, the country was nearing its technological and production frontiers, and needed solid social institutions to spur innovation and deliver competitiveness.

On the contrary, says Capussela, "this is what Italy really lacked."

"An expansionary fiscal policy, financed through debt, kept growth up, but also hid underlying problems, like slowing growth and innovation."

With the 1992 economic and currency crisis, the previous growth model was ultimately blown up. Italy's growth "was once again based solely on structural factors — namely productivity growth — and finally the decline of such growth, which we are still experiencing, became clear," Capussela says.

The other big crisis in 2008 landed a further blow to Italy's economy.

No recent change and no change in sight

Since the crisis, nothing has really changed, Capussela believes, both in terms of improving Italy's rule of law and political accountability, and in terms of measures to spur growth.

Italy's spat with Brussels over its proposed budget deficit caused a stir at the end of last year — it was finally lowered from 2.4% to 2.04%, moderately appeasing all parties involved. But the problem is not necessarily how much budget the country has, but how it spends it.

Carnevale-Maffe details exactly which measures are detrimental to the quality of Italy's public spending.

"Some countries spend on public investment that increases productivity," he says. "But with the new pension reform, which increases the pension expenditure by tens of billions of euros, Italy isn't promoting the economy's growth; on the contrary, it depresses growth, it reduces employment and it raises the financial burden for the new generations."

The outlook for the future is also not so rosy.

Carnevale-Maffe doesn't expect a recovery in 2019, as "what's done is done." What happens in 2020 depends on the political situation.

A situation that currently doesn't look promising with the two government parties, the Five Star Movement and the League, constantly pitted against each other, unable to even reach an agreement on the country's economic growth plan.