Why India and Pakistan are wrangling over money launderer Altaf Khanani  | Asia | An in-depth look at news from across the continent | DW | 21.10.2020 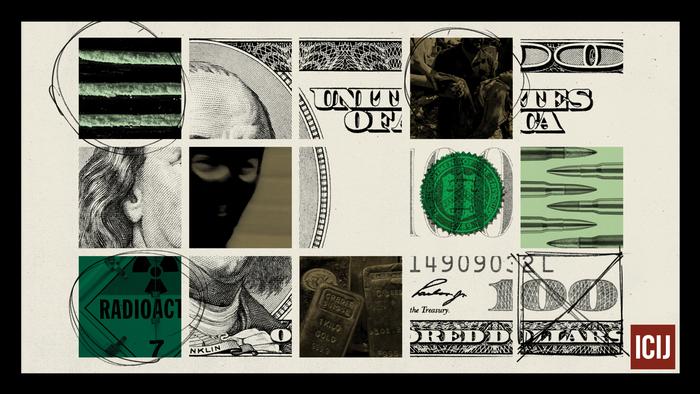 Altaf Khanani was considered one of the world's most-wanted money launderers. The Pakistani fraudster was involved in the illicit international movement of money between countries like Pakistan, the United Arab Emirates, the US, the UK, Canada and Australia. His organization also moved money for drug cartels and terrorist groups such as Hezbollah and al-Qaida.

After a massive hunt involving five nations, Khanani was arrested in Panama in September 2015 by the US Drug Enforcement Administration. He was later sent to the US, where a court sentenced him to 68 months in prison.

Khanani was released from prison on July 13, but there isn't much information about his current location.

A Pakistani Interior Ministry official told DW that Khanani's network is no longer active. "Khanani & Kalia International (KKI) and his money laundering organization were banned by the Pakistani government," the official said.

Despite Islamabad's measures against the notorious money launderer, Khanani can still prove to be damaging for his home country. The United Nations Financial Action Task Force's (FATF) virtual plenary  is likely to keep Pakistan on its "grey list" as most countries in the group believe that Islamabad has not fulfilled its obligations to curb money laundering and terror financing from its soil.

The Paris-based inter-governmental body was established in 1989 to combat money laundering and terrorist financing. Being "blacklisted" by the 37-nation bloc could have serious implications for Pakistan's already fragile economy, as possible sanctions would not allow the country to seek the financial loans it needs on a regular basis.

Recently, both Khanani's network and Pakistan featured prominently in the so-called FinCEN Files, a probe led by the International Consortium of Investigative Journalists (ICIJ). More than 400 journalists spent 16 months investigating confidential US Treasury documents shared by BuzzFeed News. The investigation, which involved leaked documents from 1999 to 2017, has revealed the role of global banks in large-scale money laundering.

According to documents contained in the FinCEN Files, Khanani and his organization reportedly moved an estimated $14 billion (€11.81 billion) to $16 billion annually for drug cartels and terrorist organizations like al-Qaida, Hezbollah and the Taliban.

According to the Indian Express newspaper, Khanani has also been a key financier for fugitive underworld don Dawood Ibrahim, an Indian national.

Khanani has been on the radar of Indian intelligence agencies for his relationship with Ibrahim, who faces terrorism charges in India for his involvement in the 1993 Mumbai serial bombings, which killed 257 people and injured over 1,400. New Delhi accuses Islamabad of harboring him, a claim that Pakistani authorities have repeatedly denied.

"Khanani, the head of the Khanani MLO, and Al Zarooni Exchange have been involved in the movement of funds for the Taliban. Khanani is known to have had relationships with Lashkar-e-Taiba, Dawood Ibrahim, al-Qaida, and Jaish-e-Mohammed," the US Department of the Treasury said in a press statement in November 2015.

In 2016, the UAE's Central Bank revoked the licence of local money exchange firm Al Zarooni Exchange due to anti-money laundering compliance violations. The move came after the US Treasury said it had imposed sanctions on the Altaf Khanani Money Laundering Organization and its Dubai-based supporter, the Al Zarooni Exchange, for laundering money for criminals and political extremists.

"The Khanani Money Laundering Organization exploits its relationships with financial institutions to funnel billions of dollars across the globe on behalf of terrorists, drug traffickers, and criminal organizations," then US Acting Under Secretary for Terrorism and Financial Intelligence Adam J. Szubin said in a statement at the time.

Read more: The Russian oligarchs of the FinCEN Files 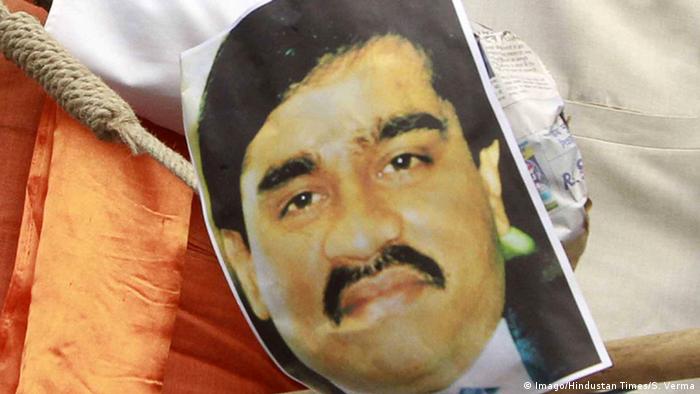 Khanani has been on India's radar for his relationship with underworld don Dawood Ibrahim, shown in this picture

Can Khanani and FinCEN Files create problems for Pakistan?

Some experts are of the view that Khanani's recent mention in the FinCEN Files is unlikely to impact the FATF's decision on Pakistan. "Khanani used a global network of shell companies, which means that it is unlikely that Pakistan will be dragged into it," Graham Barrow, an anti-money laundering expert, told DW.

The South Asian country was put on the grey list in 2018 for the second time. In February, the FATF kept Pakistan in its grey list, which forced Pakistani Prime Minister Imran Khan's government in August to imposed strict financial sanctions on 88 terrorist outfits and their leaders, including Jamaat ud-Dawa's (JuD) head, Hafiz Saeed, and Jaish-e-Mohammed's (JeM) Masood Azhar. For the first time, the authorities also imposed sanctions on the Afghan Taliban.

But Barrow believes that Islamabad needs to clear its position on Khanani's money laundering and terror financing to militant groups. "All parties interested in putting a stop to global money laundering and terrorism financing would expect Pakistan to ensure they have sufficient resources devoted to monitoring the activities of anyone suspected of having been, or still being involved in any of these activities. This would clearly be true in Khanani's case," Barrow added.

US officials have long accused Pakistan of supporting militant Islamist groups to use them as proxies to destabilize Afghanistan. Islamabad denies these allegations and points to its role as a "facilitator" in the ongoing Afghan peace talks in Doha, Qatar.

"The Khanani development has no direct link to our ongoing engagement with the FATF review," Zahid Hafeez, a spokesman at Pakistan's Foreign Office, told DW.

Osama Malik, an international economic law expert in Islamabad, told DW: "While the annual figure of $14 to $16 billion laundered by the Khanani network is startling, it was generated between 1999 and 2017. Unless there is something to indicate that Pakistan has shown an unwillingness or inability to deal with such suspicious transactions after being grey listed, FinCEN leaks should not adversely affect Pakistan's chances at FATF."

"However, the fact that known companies operated by Khanani, who is a convicted money launderer, held business transactions with reputable financial institutions such as Deutsche Bank, should indeed be a serious source of concern for Pakistan, the UAE and Germany," he added.

In India, the revelations have once again turned the spotlight on Khanani and some of its banks. According to FinCEN Files, the Dubai branch of the Bank of Baroda, an Indian multinational bank, was being used by Mazaka General Trading LLC — one of the entities listed in 2016 by the US Treasury Department's Office of Foreign Assets Control (OFAC) for supporting Khanani's  money laundering organization — for transactions with another trading company, the Rangoli International Pvt. Limited, according to the Indian Express.

The FinCEN Files mention some 70 transactions listed for Rangoli International, mostly with the UAE-based firms. Several Indian banks, including the Punjab National Bank, the Central Bank of India, the Oriental Bank of Commerce, the Corporation Bank, the Vijaya Bank and the Bank of Maharashtra, were reportedly used to move the money from these transactions.

"It is difficult to detect which funds come for the terrorism purposes and which organizations are connected to terror financing groups. In this case, as per reports, Khanani was arrested by the US drug enforcement agency, which shared relevant information with India," said Karnal Singh, a former director of Enforcement Directorate, an Indian law enforcement agency responsible for tackling economic and financial crimes.

"We cannot say that all transactions that take place through banking channels are suspicious. If the suspicious transaction report is generated by banks, or if somebody comes to an adverse notice, only then we can start investigating and collecting intelligence," Singh told DW.

But some experts believe that financial institutions get carried away because of the scale of the business being generated.

"One of the possibilities as to why Khanani was able to operate under the radar for so long could be that he was able to get past that [bank] scrutiny," Vivek Chadha, a retired Indian colonel and a research fellow at the Manohar Parrikar Institute for Defense Studies and Analyses, told DW.

Pakistan, on the other hand, has its own concerns about the alleged Indian money laundering nexus.

"The involvement of Indian banks in money laundering has been widely reported in media after the FinCEN revelations. FATF should now look into this issue when it carries out India's evaluation next year," Pakistani Foreign Office's spokesman Hafeez told DW.

Indian authorities have been lobbying to put Pakistan on the FATF money laundering "blacklist." Indian officials believe that the revelations about Khanani's operations in the FinCEN Files could strengthen their case against Pakistan.

"This information will certainly help because it indicates that UN [Security Council's] resolutions 1267 and 1373 [related to terrorism] are not being followed thoroughly by Pakistan," Singh told DW.

Security analyst Chadha believes that the Khanani revelations in the FinCEN Files could be useful for the FATF committee.

"These are important inputs for FATF to try and understand as to what more can be done to make its systems more stringent and more effective against countries and organizations that have been able to somehow subvert the existing systems. The present system of grey listing is probably not sufficient. There is a very wide gap between the grey list and the blacklist," Chadha said.