Why Germany′s cultural ties with Mexico are more important than ever | Culture | Arts, music and lifestyle reporting from Germany | DW | 01.03.2017

Why Germany's cultural ties with Mexico are more important than ever

Relations between Germany and Mexico have gained new meaning since the election of US President Donald Trump. DW met German Culture Minister Monika Grütters as she traveled to Mexico to promote the Year of Germany. 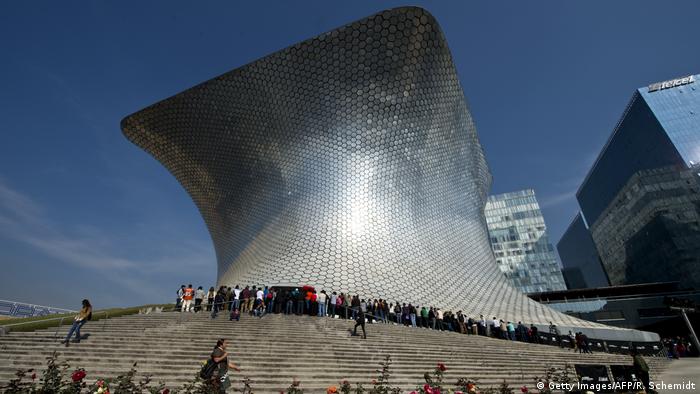 DW: Why are German-Mexican cultural relations so important?

Monika Grütters: There's an established tradition of economic ties between Germany and Mexico, and this is an important reason for the government to regularly reaffirm German-Mexican cultural relations.

That's also why the bilateral German-Mexican Year is now being held both in Mexico and Germany.

In Germany, for example, we've opened a great exhibition at the Martin-Gropius-Bau museum, called "The Maya - Language of Beauty." 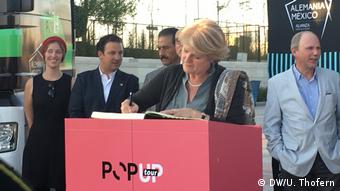 In Mexico, German industrial and cultural highlights are on show throughout the country. That makes me happy, of course, because diplomacy, economy and politics can reach their limits in some areas where culture demonstrates its strengths: namely, in civil society and in the fundamental questions that move us as human beings.

You mentioned at a conference earlier today that relations with Mexico are becoming more important now than ever and that they'll be taking a different shape. Could you expand on this?

Trump's US presidency is putting American-Mexican relations in the international spotlight. It is therefore particularly important for countries like Germany to show their solidarity with Mexicans, and that can happen through culture, because we're all dependent on mobility, globalization and exchange.

It is very important that we show, for example, that walls divide and that cultural protectionism is not a successful approach. We are international, we are global. We know that ethnically diverse societies are successful and that's why we feel it is important to strengthen German-Mexican ties in a very demonstrative way. 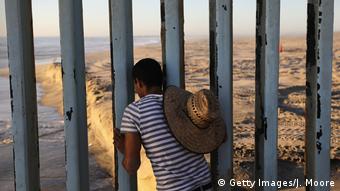 As the US plans to build a wall along its southern border, Germany needs to show solidarity with Mexico, says Grütters

During your trip, you visited a very impressive exhibition on genocide.

It is impressive to see that a city like Mexico City addresses genocide through that museum (Eds: Museo de la Memoria y Tolerancia), which was established thanks to the private initiative of two brave women. This museum is also impressive because it demonstrates, looking back at Germany's Holocaust, the most brutal model of genocide, that mass extermination is still a current issue throughout the world, unfortunately.

The exhibition raises awareness towards important and great values such as the dignity of human beings, the freedom of the individual, and the protection of minorities, for example. These are simply essential principles that are accepted by healthy societies nowadays and that should never be abandoned.

I was therefore very impressed by the way the museum dealt with genocide and with German history as a background. We will be cooperating even more closely in the future.

Shocking archaeologists, a temple to a pre-Columbian god of wind has been unearthed near downtown Mexico City. Several offerings had been found in the circular platform, including an infant with no sign of trauma. (01.12.2016)

Thousands of Mexicans have linked arms to form a 'human wall' on the border with the US on the edge of the Rio Grande river. Almost 1.5 kilometers long, the human wall is protesting Trump's plan to build an actual wall. (18.02.2017)

US President Donald Trump has ordered the start of the construction of a wall along the US border with Mexico. The promised wall would dwarf many massive –and very expensive – walls around the world. (09.11.2015)