Why East German movie posters were more art than advertising

Although it may come as a surprise, East German graphic artists had more creative freedom than their counterparts in the West when designing movie posters. Graphic artist Detlef Helmbold tells DW why.

A new book collecting the movie posters of the GDR has been released in German. Compiled by Detlef Helmbold, a graphic artist living in Berlin, More Art than Advertisement: GDR Film Posters 1945-1990 contains reproductions of around 6,400 film posters that were created for the Soviet Quarter — later the GDR — between 1945 and 1990.

DW spoke with him about the book and his work in East Germany in the late 1980s to get an idea of what makes these posters unique.

DW: When it comes to the GDR, the word freedom does not necessarily come to mind. But they say that the artists who made movie posters in former East Germany were freer than many of their western counterparts. In what way?

Detlef Helmbold: That was because the graphic artists in the GDR had less guidance; they had fewer specifications, so on the level of design, there was a lot of artistic freedom.

It can be traced back to the graphic artists Otto Kummert and Erhard Grüttner, who were employed at the time by Progress Film Distribution [the agency which commissioned movie posters in the GDR]. The two of them put forward the thesis that design posters with an artistic sensibility are always advantageous. Thus they were able to see to it that graphic artists in the GDR were not hung up on trying to simply reflect the content of the film or represent the main characters or a crucial scene and thus achieve an advertising effect. Rather, they tried to construct an artistic, emotional relationship to the film, as their view went that in doing so, one would better be able to transport the film to the viewer.

To that end, graphic artists were given as few limitations as possible: They were free to choose a font size and typeface and so on. 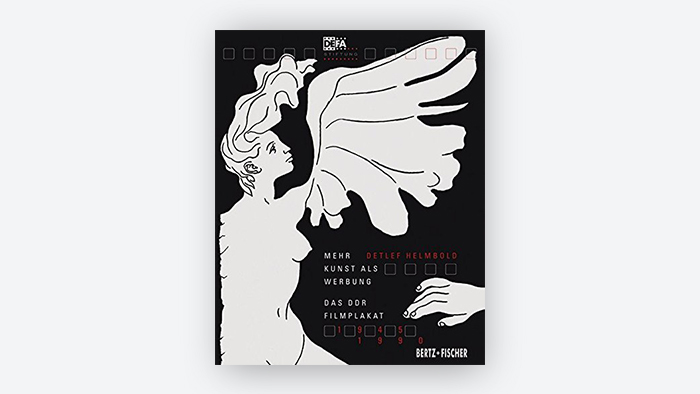 The cover for "More art than advertisement," a comprehensive collection of GDR movie posters

And that was different in the West?

Of course there were graphic artists in the West who could operate more freely. That may not have been the case with more mainstream movies, but graphic designers who had already made a name for themselves were given more freedom. In the GDR, by and large, young and up-and-coming graphic artists already had this freedom.

That was something I experienced myself; I worked at Progress Film Distribution for four years, from 1986 to 1990, and was amazed at what I could do artistically. Everything was measured in terms of design and had to have a high artistic and creative worth. Eighty percent of the people who were in charge of deciding on poster design were ultimately graphic designers, and only 20 percent came from public relations.

Of course there were also limitations, but these rarely corresponded to the design and were rather a response to the content. One example: A poster from 1980 for a Yugoslavian film's original title was "The Journalist." In the poster designed by Hans-Eberhard Ernst, there is a muzzle, which might have led people to believe that in the GDR, journalists are muzzled. In the end, it was the movie's title that was changed —not the poster. Still, the poster was not hung, likely because the responsible parties were afraid to display it, as indeed, the movie was about a journalist. 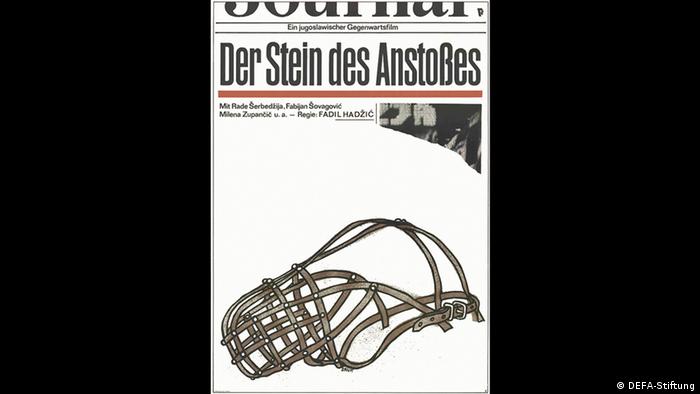 To avoid the impression that journalists were being muzzled in the former East, the title of the film was changed

How did the high expectations for the posters develop?

Actually it came about as a response to the goal to produce the posters more cheaply. The Progress Film distribution company decided that the best way to do that was to hire a very young graphic artist — in this case, Erhard Grüttner, who came from the art academy in Leipzig. People like him, who had come straight from college, had very high standards, which fulfilled their expectations. Joined later by Otto Kummert and others, the designers began to look around the world for examples; at the time, the Czech and above all Polish movie posters were big role models.

The films that are advertised on these posters were not only films from the GDR but also included Soviet, American or West German productions. Why were new posters created and the originals not used to announce the films? Did East Germany really create a new poster for each film shown there?

There are a few exceptions — the Asterix movie, for example. But with almost all other films, you had to pay the rights for the original and as cost was an issue, new posters were made. Of course, you also wanted to show other things. There's a poster for a movie with Eddie Murphy from the 1980s where he sits on something that looks like a big American carriage; one did not necessarily want to show such status symbols so a different scene was drawn. 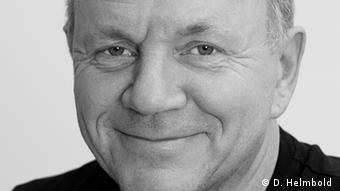 How important were the posters in public at that time in the GDR? Did people realize they were there?

There was an annual poster competition featuring the 100 best posters created in East Germany. The posters came from a range of areas and many movie posters landed among the 100 best each year.

Could you describe a "typical" GDR movie poster?

In contrast to those created in Poland, for example: In the Polish film poster, I think there is always a high aesthetic interplay between what is represented in the graphics on the one hand and the formation of substantive metaphor on the other. That is, everything was very symbolic; there were many signs and symbols. In contrast, GDR movie posters were based — as far as the graphics are concerned — quite a bit on Polish posters initially and later morphed into reductive graphics, increasingly reducing images to end up with a single sign or symbol, which then stands for the entire movie.

When the photographic poster made a major foray into the West in the 1970s and 80s, there was hardly anything drawn thereafter, only photos. At the same time in the GDR, people resorted increasingly to the pen — everything was sketched out, because it was much freer. One was not bound to the images of performers or to specific scenes; with a pen or a collage, even I could do quite different things. Of course, one has made a virtue of necessity, because working with photography in the GDR was already difficult, especially in regards to the technique: You simply could not use huge photos.

I already had a collection of 1,000 posters so I suggested to Progress Film Distribution myself to reprint them in a book, but they were not interested.

When all the rights to the posters reverted to the DEFA Foundation, however, they changed their minds. Although I originally wanted to pick out and show only the best posters, that selection is very subjective so I came up with the idea to include all the posters in the book. I discovered the largest fund in the Filmmuseum Potsdam, which has about 70 percent of all movie posters. Others I found in archives in Vienna, in Dresden, in a cinema in Finsterwalde, and I bought several on the Internet, among other places.

If you view the posters side by side, chronologically, do you see a certain development?

One thing that is clearly visible is a break between the 50s and 60s. From 1945 until the end of the 1950s, the posters in the GDR and in the Federal Republic of Germany were quite similar. They were always these drawn so-called head posters: a big head and behind it, a small version of a crucial scene was sketched in. It's a technique used today with photographic stills or using Photoshop.

In the 50s, though, the font — there were standard typefaces used, like avant-garde — changed and the script was often drawn or written with a brush. In the 60s, photographs were in demand. The 1970s were characterized by a high aesthetic and a lot of experimentation. And in the 1980s it became wilder and more expressive. 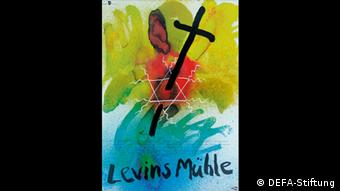 Do you have a favorite poster?

One of my favorite posters was done by Albrecht von Bodecker for The Ascension of the Chimborazo. The title was created in the shape of a mountain. Or the poster by Christoph Ehbets for the film Levin's Mill, from 1980, which embodies my sentiment that these should be more art than advertisement. It is done in very colorful watercolors and you can see a cross centered in the heart of a Star of David and how that cross becomes a sword. Such a poster would never have been possible in the West — neither in the past nor today. I'm certain about that. Too many graphics, too little film.

As the second anniversary of David Bowie's death nears, Berlin commemorates the British musician with tours, parties and a TV documentary. Bowie lived in West Berlin in the late 1970s, in what was still a divided city. (05.01.2018)

The 16,000-square meter settlement had a fuel factory when it was part of communist East Germany. But the village started decaying after the collapse of the Berlin Wall. (09.12.2017)