The 16,000-square meter settlement had a fuel factory when it was part of communist East Germany. But the village started decaying after the collapse of the Berlin Wall. 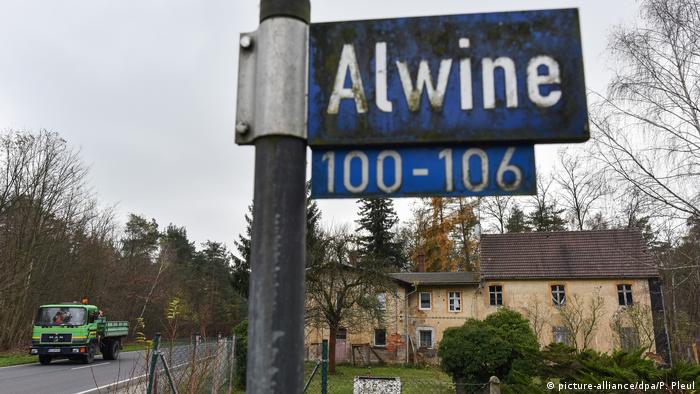 The small village of Alwine in the eastern German state of Brandenburg was sold on Saturday at an auction house in Berlin for €140,000 ($165,000).

The Karhausen auction house had set the minimum bid for the 16,000-square meter village a two-hour drive south of Berlin at €125,000.

"Many interested parties inquired with us, including from abroad," said Matthias Knake, a Karhausen spokesperson. The anonymous winner was the auction's sole bidder.

Alwine's road and nine partially dilapidated residential buildings, home to around 15 people, were part of the sale.

"The winner wants to do something good with this purchase — for the welfare of the people who live there," Knake said. Many young people left the village after German reunification

Relic of the GDR

The property of Alwine was owned by Europe's oldest fuel briquette factory when Brandenburg was part of communist East Germany. Around 50 people lived in the village, which is in the middle of a forest near the town of Uebigau-Wahrenbrück.

But the factory closed after German reunification in 1990. Many Alwine residents, most of them young people, began to leave the village in the following years.

Two brothers bought the land in 2001 for a "symbolic deutschmark," Germany's former currency.

Yet they were unable to save Alwine, which has no shop and no public transport connections, from decay and was put up for sale after one of the brothers died.

Uebigau-Wahrenbrück's mayor, Andreas Claus, told local news portal rbb24 that the brothers did not do enough to improve the village: "Practically nothing has happened here since their purchase. The rent was cashed, but very little was done to change peoples' lives."