Several household items created in East Germany have turned into nostalgic collectibles. An exhibition in Berlin explores how these objects were designed. Some are surprisingly indestructible.

Nothing was left to coincidence in former East Germany. To a large extent, the German Socialist Unity Party (SED) determined how life was to be lived in the GDR. That also included the design of everyday objects of any kind such as household items, vehicles and technical devices.

Many companies and designers in East Germany were anything but free in their work. They were put under pressure by the SED, and even supervised by the ministry of state security. The East German state, aiming to clearly distance itself in ideological terms from the West, felt an urge to control its citizens very tightly. 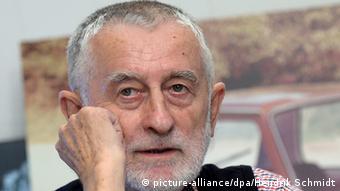 Within the context of socialism and a centrally planned economy in the early 1950s, many designers turned to industrial design solutions to produce simple, functional and durable products in great numbers.

Among them was the Dutch architect and designer Mart Stam became the director of the Berlin Weissensee School of Art in former East Germany in 1950 and founded the Institute for Industrial Design, which was to advise companies in the field of product improvement and design.

But Stam only remained in that position for one single year: As a fan of the Bauhaus style, he fell victim to the politically motivated so-called "formalism campaign" aimed at drawing a clear line between art produced in East and West Germany.

The SED regime saw Bauhaus as "Western decadence" and insisted that designers should follow the East German "national cultural tradition" - a concept that did not last for long, as the East German economy suffered from shortages and competition with the West.

From the 70s onwards, the focus shifted to manufacturing products which would sell well abroad. As a result, those items became increasingly out of reach for East Germans themselves. 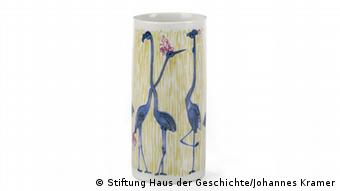 A new chapter in East Germany's tightly controlled design began in 1972 with the creation of the "Amt für industrielle Formgestaltung" (Office for Industrial Design), which was to supervise and coordinate all aspects of design, including the marketing of industrial designs. It also developed its own collection of models. This "Collection of Industrial Design" is at the center of the Berlin exhibition "Alles nach Plan? Formgestaltung in der DDR" (Everything according to plan? Design in the GDR), on show in the museum of the Kulturbrauerei in Berlin.

Since 2005, the foundation "Haus der Geschichte" (House of History) is in charge of this collection consisting of 160,000 objects that includes many books, photographs and documents. Selected objects are now presented in their historical context. Along with the general history of design in East Germany from 1945 to 1990, the exhibition held until March 19, 2017 also includes the work of particular designers who talk about how their working conditions and daily life was affected by the state's ideology.

It couldn't come more full cirlce: Kandinsky created his only stage production based on Mussorgsky's piano cycle, "Pictures at an Exhibition," inspired by a photo exhibition. Kandinsky's stage designs are now on exhibit. (03.03.2016)