Who should portray a Jew on-screen?

The term "Jewface" is invoked to critique the practice of casting non-Jewish actors to portray Jewish characters. The latest dispute sees Helen Mirren in the role of Israeli PM Golda Meir. 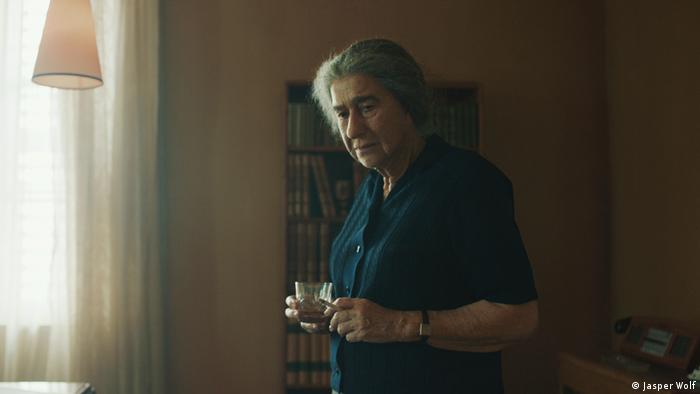 British actor Maureen Lipman has made headlines by asking if award-winning actor Helen Mirren was the right choice to play Golda Meir in an upcoming biopic on Israel's first female prime minister.

For Lipman, "the Jewishness of the character is so integral" to the figure, she told the weekly The Jewish Chronicle. But Mirren is not a Jew.

The debate about who should be playing Jewish characters on stage and screen is not new. It gained public attention in 2019, when 20 Jewish actors and playwrights — including Lipman — signed an open letter criticizing the casting of a hit Broadway musical, "Falsettos," which centers on a dysfunctional Jewish family, when it was staged in London. While the composer and original director of the work were Jewish, the UK team and actors were not.

The signatories of the letter accused the production of "a startling lack of cultural sensitivity and at worst, overt appropriation and erasure of a culture and religion increasingly facing a crisis."

A growing debate on representation

Referred to by its critics as "Jewface" casting, the debate is part of larger discussions about diversity and representation in the media, including the portrayal of minority characters. The ongoing conversation has already led to important changes in Hollywood, including the first Asian superhero in a Marvel film, "Shang-Chi And The Legend Of The Ten Rings," released in 2021. 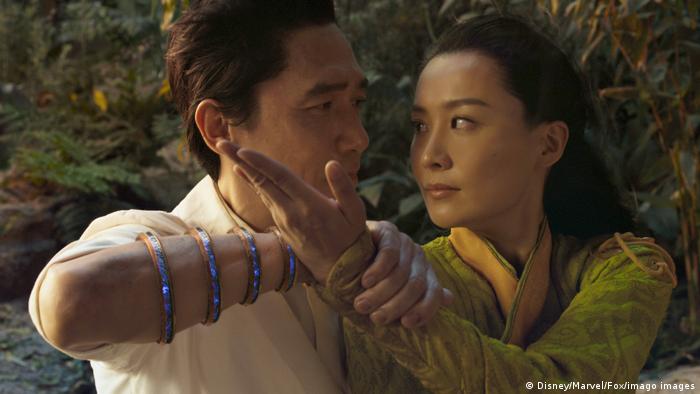 The debate about casting Jewish roles gathered steam in the US in October 2021, following the news that Kathryn Hahn would be portraying the iconic US comedian Joan Rivers, whose humor was once described as "mortifyingly Jewish" by Israeli newspaper Haaretz, in a TV series.

Hahn, who is not Jewish but married to a Jew, was acclaimed for her lead role in the dark comedy series "WandaVision" and had previously portrayed a rabbi in another popular series, "Transparent."

Various social media observers and media, including Time magazine, have picked up the debate, with comedian Sarah Silverman sharing her opinion in her podcast.

Silverman defined "Jewface" as "when a non-Jew portrays a Jew with the Jewishness front and center. Often with makeup, or changing of features, big fake nose. All the New York-y or Yiddish-y inflection," she said, adding: "And in a time when the importance of representation is seen as so essential and so front and center, why does ours constantly get breached, even today, in the thick of it?"

Silverman answered the question by referring to comedian David Baddiel's book, "Jews Don't Count," which argues that Jews are the forgotten minority amid the growing awareness surrounding racism, homophobia, disablism and transphobia. 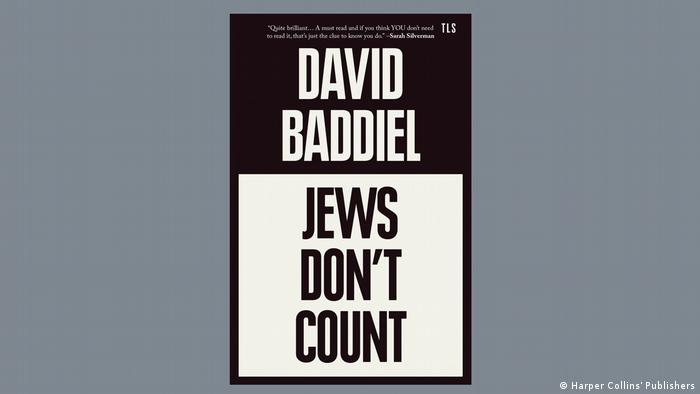 With his book 'Jews Don't Count,' David Baddiel is one of the leading voices in the conversation

The most prominent examples mentioned by Silverman to demonstrate this phenomenon are Felicity Jones portraying the late Supreme Court Justice Ruth Bader Ginsburg in the 2018 legal drama "On the Basis of Sex," as well as Rachel Brosnahan in the TV series "The Marvelous Mrs. Maisel," in the role of a young, upper-class Jewish American housewife.

The growing conversation has already led some actors to reflect on their past roles. In an interview with newspaper The Telegraph in December 2021, actor Tamsin Greig said that she "probably shouldn't have" been playing a Jewish mother in the beloved British sitcom "Friday Night Dinner," about a middle-class Jewish family.

Term 'Jewfacing' in itself problematic

But as Jewish film critic Gabriella Geisinger notes that "the inherent problem with the term 'Jewface' is its reliance on stereotypes to define what a Jewish person looks like. These visual signifiers of Jewishness have been used since almost literally the beginning of the modern era," she wrote in reaction to the 2021 BBC drama "Ridley Road," about the historical anti-fascist organization The 62 Group.

Another problem with the term is that it is borrowed from the racist practice of Blackface, while being "nowhere near its equivalent," PJ Grisar, a culture reporter for The Forward, a US news platform for a Jewish American audience, pointed out.

The longstanding tradition of white performers painting their faces in caricatures of Black people for entertainment is now considered highly offensive. Incidentally, as Grisar also mentions, early 20th-century entertainer Al Jolson, remembered as the "king of blackface performers," was a Jew.

However, the current debate focuses on something way more subtle — to what extent an actor needs to have personally experienced life as a marginalized individual in order to give an authentic representation.

"Of course, actors don't need to be Jewish or have lived their roles, but at the same time it's down to them and production staff to do their research and ensure that they portray any minority with sensitivity," Ornstein wrote.

In Mirren's case, Ornstein pointed out, she is an actor "who gets being Jewish and has earned her stripes with amazing support for Israel and for Jews in the diaspora."

Similarly, Helene Meyers, an academic who studies Jews and film, believes "that Jewish literacy, rather than Jewish identity is what matters." 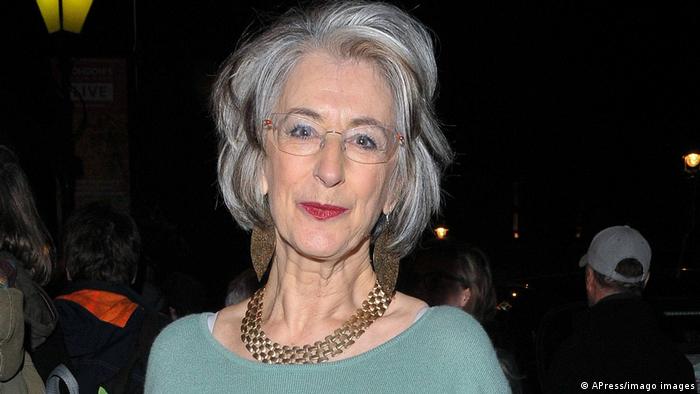 Indeed, determining who is "Jewish enough" to take on a role could lead to other disturbing measures in a production's casting process.

British actor Elliot Levey, who is currently playing the Jewish character Herr Schultz in the London musical "Cabaret," told London-based The Jewish Chronicle that he knew "a prominent non-Jewish actor who, in order to land a Jewish role, dug up a photo of a man who looked Jewish and claimed it was his grandfather."

For Levey, "the notion of people showing their papers to authenticate Jewish ancestry in order to justify playing a Jewish role is a dystopian nightmare."

For film critic Geisinger, film and TV screens should rather focus on featuring "a more diverse roster of Jewish characters," like "Mizrahi [Jews from North Africa and the Middle East], Sephardic [Jews from the Iberian peninsula] and Asian Jews. Jews who speak Ladino, Yiddish and Hebrew. Jews who don't believe in God and Jews who convert. Then we will be able to dismantle the idea that one has to look a certain way to be a Jew." 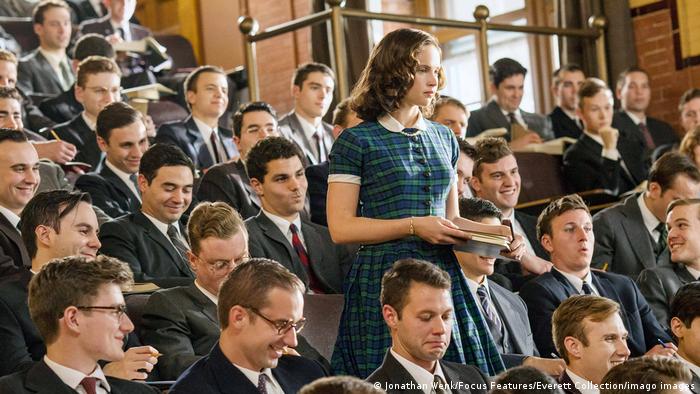 Meanwhile, the Joan Rivers series project has stalled — not because of its casting, but rather because the producers didn't manage to secure the rights on the comedian's life and monologues, held by her daughter.

As for "Golda," it is set to be released later in 2022 and chronicles how Meir dealt with the Yom Kippur War in 1973.

Israeli director Guy Nattiv said in a press release in November 2021 that he was "thrilled" by Helen Mirren's acting in the role. "She has melted so brilliantly into Golda Meir's character with incredible talent, intelligence, depth and emotion, doing justice to the richness and complexity of this incredible woman."

Paradoxically, in an August 2020 interview with The Guardian, Maureen Lipman herself summarized how identity politics in casting decisions could potentially paralyze actors and productions: "In the last few years, we're all in little boxes, aren't we? You have to play what you are. The whole purpose of acting is to play what you're not."

Amid ongoing controversy over a lack of diversity, the Golden Globes were announced via social media last night. "Power of the Dog" and "West Side Story" dominated the top prizes.

Classic fairy tales are being revisited and diverse characters added. But even H.C. Andersen and the Brothers Grimm modified stories to reflect the values of their time.