Who is Germany′s first mayor of a state capital with migrant roots? | Germany | News and in-depth reporting from Berlin and beyond | DW | 12.11.2019

Who is Germany's first mayor of a state capital with migrant roots?

Belit Onay is the first person with a migration background to become mayor of a German state capital. So who is the man who’s overturned 70 years of SPD government in Hanover and won over the city? 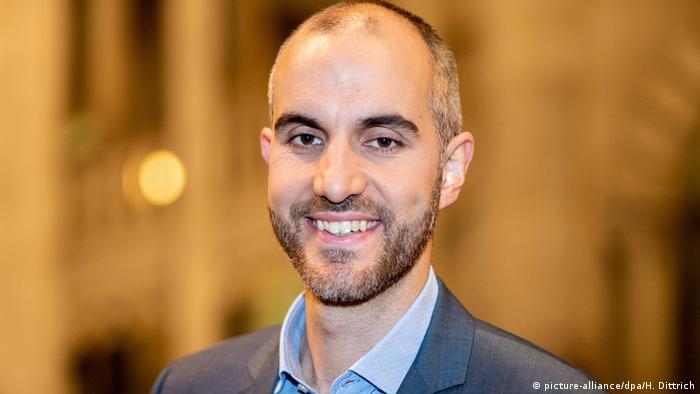 Well-dressed, cool and confident are the words that people use to describe Belit Onay. The Green politician doesn't look or act like many other politicians. He didn't wear a tie during the election campaign, and he's often seen casually dressed in T-shirt, jeans, and sneakers. The 38-year-old's campaign poster showed him standing on a basketball court in sports gear. He's been known to wear a hat during interviews.

The media image conveys the message that this is an ordinary person who's going to bring a breath of fresh air to the Hanoverian political scene.

But Onay is not a newcomer to politics. After completing his law degree, he worked for five years for Filiz Polat, a Green representative in the state parliament, while also serving as a town councillor in Hanover. In 2013, Onay too became an elected Green party member of the state parliament in Lower Saxony.

Benefiting from the scandal?

Nonetheless, Onay can indeed be expected to bring new aspects to the regional capital. Never before has a Green politician held the highest office there. Never before has it had a mayor with a non-German background. Since 1946, Hanover's mayors have all been from the Social Democratic Party (SPD). This time, the SPD candidate didn't even make it to the run-off.

The fall from grace is doubtless also connected with the inglorious departure of Onay's predecessor in office, Stefan Schostok. The public prosecutor brought embezzlement charges against Schostok, and the city council pensioned him off.

Onay won the first round of voting, albeit only with 50 votes ahead of his CDU rival, Eckhard Scholz. The disparity was greater in the second ballot, although at just under 53% he didn't gain quite as much as he had hoped. Onay is now the fourth Green politician to become mayor of a major German city.

Onay was born in 1981 in the Lower Saxon town of Goslar. His Turkish parents had come to Germany from Istanbul in the 1970s. His father worked in catering and went on to run his own restaurant. The taz newspaper says Onay describes himself as a "liberal Muslim."

His Turkish roots did play a role in his election campaign, but this wasn't the main theme. "Of course my Turkish origins were discussed during the campaign," Onay said in an interview with DW's Turkish Service shortly before the run-off. "People asked me where my family was from. But they weren't ill-intentioned questions. My migrant background is seen here as an asset."

Nor is he intent on putting his family background center stage. "Diversity is the norm in this city," he said. However, on his website Onay did also stress: "I realized how important it is for […] people with a migrant background […] to help shape daily life in the city, in which they live." These days, almost a third of the population of Hanover has foreign roots. Among people under 18, that figure is one in two.

On the night of his election, the Green politician immediately made clear that he wanted to be a mayor "for all people," regardless of how they had cast their vote. The mayor-elect told the German public broadcaster NDR that the important task over the coming weeks was to work with the administration to build a proper team, which he would need in order to realize his plans for the city.

His most important project is a new mobility concept for Hanover, which includes a virtually car-free city center by 2030, more space for cyclists, a more attractive public transport system. He also wants to create affordable housing, and promote culture. His vision is of a diverse city that can accommodate various different ways of life.

Onay is focusing on classic Green issues. The fact that Robert Habeck, the federal Green party leader, came to Hanover not just for the campaign but for the election party as well clearly indicates his esteem for the new mayor. In addition, though, the party as a whole will be hoping to benefit from Onay's charisma as he takes up his new office.

Children with a migrant background can take classes in their home language in public schools across Germany. Around 98,000 kids learn one of 23 mother tongues in the country's most populous state, North Rhine-Westphalia. (30.08.2019)

For the very first time, a Romanian town could end up electing a German mayor. Dominic Samuel Fritz, who originally hails from southwestern Germany, has said he loves the Romanian city of Timisoara and wants improve it. (10.11.2019)