The World Health Organization has chided wealthy nations for offering a third vaccine shot to citizens while poorer nations go without. Several countries are nevertheless forging ahead with the plan. 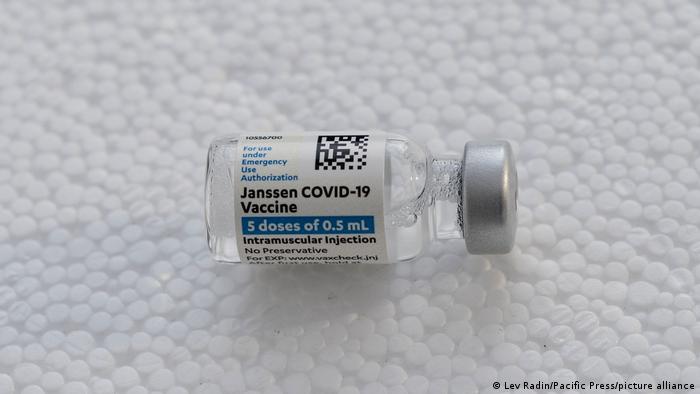 The WHO railed on Western profiteering, rights groups even accused US drugmaker J&J of 'vaccine apartheid'

"We're planning to hand out extra life jackets to people who already have life jackets, while we're leaving other people to drown," World Health Organization (WHO) Health Emergencies Director Michael Ryan told reporters at a press conference in Geneva, Switzerland, on Wednesday.

He made the statement shortly before the US announced it would be offering COVID-19 vaccine boosters to all citizens beginning September 20, not just those with special risks.

"Our plan is to protect the American people, to stay ahead of this virus,'' as Rochelle Walensky, director of the US Centers for Disease Control and Prevention (CDC) announced.

US and Israeli scientists say the vaccines, although efficient, lose strength over the course of months, making individuals susceptible to the more aggressive delta variant of the virus, for instance. Israel, too, has begun administering boosters to all citizens 50 and over for that reason.

The WHO, however, is less convinced about the need for a booster shot, saying the science has yet to provide clear evidence of increased efficacy.

WHO scientist Soumya Swaminathan said on Wednesday in Geneva: "We believe clearly that the data does not indicate that boosters are needed" for everyone. She cautioned the world could be facing "even more dire situations" down the road if it left billions of people in the developing world unvaccinated, as this would only fuel the emergence of new variants.

Underscoring that point, WHO Director-General Tedros Adhanom Ghebreyesus said: "What is clear is that it's critical to get first shots into arms and protect the most vulnerable before boosters are rolled out."

"The divide between the haves and have-nots will only grow larger if manufacturers and leaders prioritize booster shots over supply to low- and middle-income countries," Tedros warned.

Tedros also railed against US vaccine-maker Johnson & Johnson (J&J) over reports the company had been shipping millions of jabs made in South Africa to wealthy EU countries to be used as boosters.

"We urge J&J to urgently prioritize distribution of their vaccines to Africa before considering supplies to rich countries that already have sufficient access," he said. "Vaccine injustice is a shame on all humanity and if we don't tackle it together, we will prolong the acute stage of this pandemic for years when it could be over in a matter of months."

On Tuesday, the WHO head called out vaccine companies on Twitter, saying the "record profits" they are posting as wealthy nations outbid one another for boosters while the poor go unprotected, was "unconscionable."

Criticism of the US firm has also been voiced by rights groups. "J&J are complicit in vaccine apartheid, diverting doses from those who really need them to the wealthiest countries on earth," as Fatima Hassan of the Health Justice Initiative (HJI), a South African NGO, told AFP news agency.

Others have voiced similar criticism over just who is making life and death decisions about vaccine distribution: "Global allocation of vaccines is currently not being made by public health officials but instead by a handful of company officials, who consistently prioritize Europeans and North Americans over Africans," said Matthew Kavanagh of the Health Law Institute at Georgetown University in the US.

WHO Director-General Tedros says 10 countries have administered 75% of all vaccine doses issued, whereas low-income countries have inoculated barely 2% of their people.