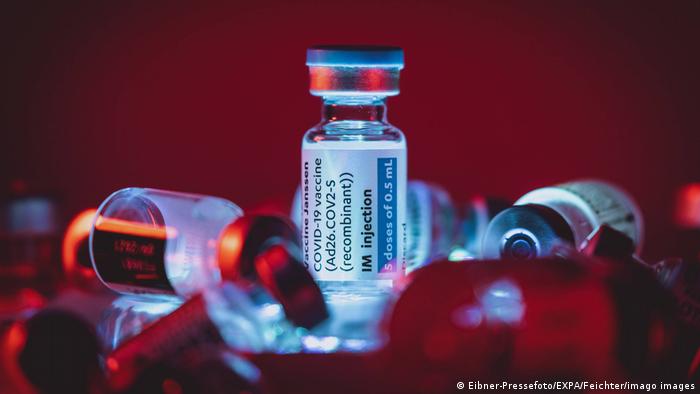 Germany's Health Ministry told US pharmaceutical giant Johnson & Johnson on Sunday that it expected delivery of 6.5 million doses in July to offset a vaccine shortfall.

The US Food and Drug Administration (FDA) announced on Friday it had identified potentially contaminated vaccines during a recent inspection at a plant in Baltimore. The issue was  flagged by the European Medicines Agency (EMA).

US media reported that 10 million J&J doses had been cleared for use, but 60 million faced disposal.

"This is regrettable, because every vaccine dose counts," replied a German Health Ministry spokesperson Sunday.

"Therefore, we expect Johnson & Johnson to deliver this quantity as soon as possible in July" — to offset the 6.5 million dosages by the end of June.

The ministry listed deliveries of three other EU-licensed vaccines due by the end of the April to June quarter.

"As of today we expect Biontech [-Pfizer]  to deliver 50.3 million doses, Moderna 6.4 million doses and Astrazeneca with 12.4 million doses to meet their respective current supply commitments for the second quarter,'' stated the ministry.

UN: Vaccines a must for "everyone"

Up until last Friday, nearly 1.15 million Johnson & Johnson shots had reportedly been administered in Germany, just under 2% of all vaccine doses injected in the federal republic.

Host British Prime Minister Boris Johnson said that total would be met through a mix of countries making outright donations as well as payments to the World Health Organization (WHO)-backed COVAX vaccine-sharing program.

The United Nations' agency estimates that 11 billion doses are needed to quash the pandemic surging since late 2019.

Side effects in the newly approved Johnson & Johnson shot are very rare, says the head of Germany's vaccine regulator. But the health minister has dampened hopes of fast vaccinations for all from June.