When are pushbacks at the EU’s external borders illegal? | Europe | News and current affairs from around the continent | DW | 07.10.2021

When are pushbacks at the EU’s external borders illegal?

Journalists' film footage of armed and masked men in uniform beating back people on the Croatian-Bosnian border has fueled debate about so-called pushbacks. But what exactly does the law say? 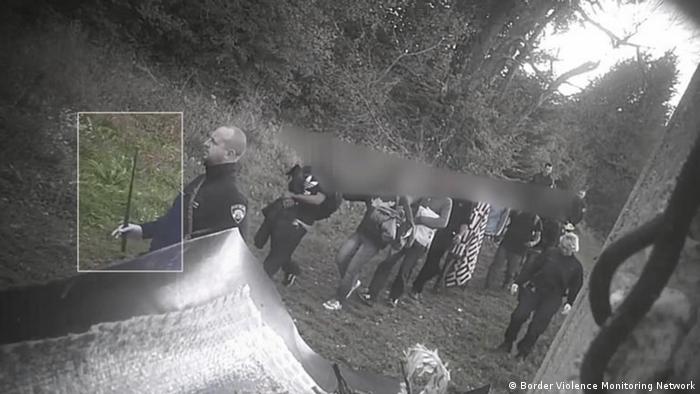 Camera footage from 2018 shows Croation authorities, armed with batons, forcing a group of migrants back into Bosnia

Between May and September 2021, investigative journalists from several European countries filmed so-called pushbacksat five locations along the Bosnian-Croatian border. The footage documents 11 cases in which migrants were forcibly expelled from Croatia. More than 140 people are said to have been deported across the green border without authorities ever looking into whether they qualified for protection.

According to human rights organizations, there were more than 16,000 pushbacks at the Croatian-Bosnian border last year alone. Similar incidents have recently been observed at the border between Belarus and Poland. There are also frequent reports of such operations at the Turkish-Greek border and on the high seas.

Violent pushbacks of migrants who arrive illegally have been criticized by politicians and human rights organizations for several years.

"Pushbacks are simply illegal," Gillian Triggs, deputy high commissioner for refugees at the United Nations Refugee Agency (UNHCR) said. But "pushback" is a political term with no clear legal definition, and that, in turn, makes the legal situation at borders complex. 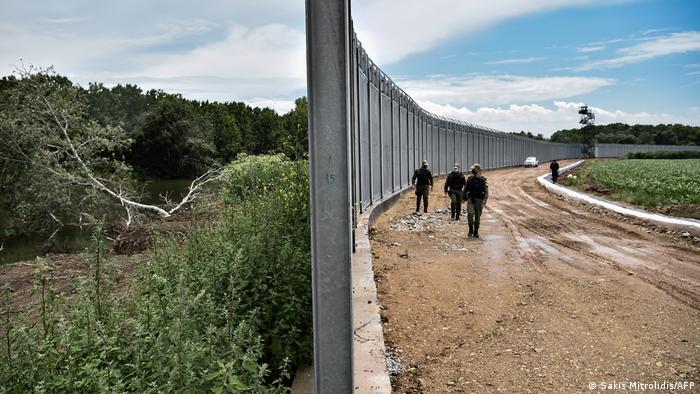 High walls, like that along the Evros River dividing Turkey and Greece, are meant to deter illegal border crossings

Can you forcibly prevent someone from entering a country?

In principle, a sovereign state is free to decide whether to allow entry to citizens from another country. In the European Union, each member state is free to protect borders and defend territorial sovereignty as they choose. And it is up to respective governments to determine just how "robust" their borders will be.

Still, border authorities also have to comply with international law. They must act appropriately and maintain proportionality. That means state action cannot be allowed to violate human rights. 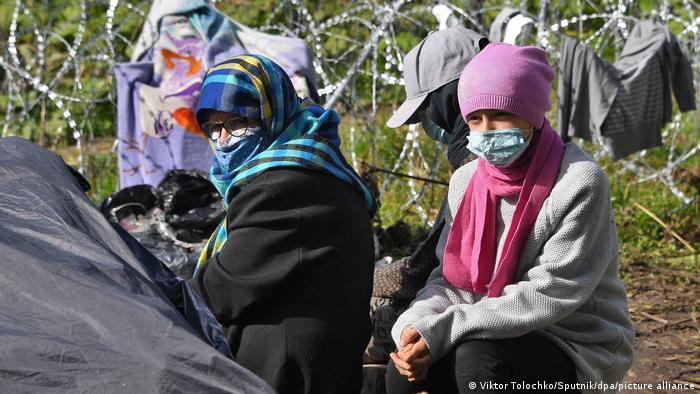 Stranded Afghan refugees on the border to Poland, where pushbacks have also been reported

Not all people who have illegally crossed a country's border can be forced back across it. That is because of a ban on collective expulsion and the so-called principle of non-refoulement (from the French refouler, to turn away or repel).

Established at the 1951 Geneva Convention on Refugees, non-refoulement is a globally valid principle enshrined in international law. It prohibits states from returning people to countries where they risk facing torture or other serious human rights violations.

What rights protect migrants who enter a country illegally?

The European Convention on Human Rights (ECHR), signed by 47 states, defines a ban on collective expulsion in its IV Additional Protocol. Nevertheless, illegal entrants cannot easily invoke this prohibition to prevent their expulsion or to force re-entry.

The plaintiffs, from Mali and the Ivory Coast, were unable to invoke the ban on collective expulsion because they had used force and irregular means to illegally cross into the Spanish enclave of Melilla in Morocco, even though a legal, open border crossing was available.

Whereas migrants who enter a country illegally only have the option of invoking prohibition of collective expulsion in court, refugees in the sense of the Geneva Refugee Convention have far better legal protection against repatriation thanks to the principle of non-refoulement.

The pushback of asylum seekers who are already on EU territory violate the principle of non-refoulement if an individual's eligibility for protection has not been assessed.

"The moment someone reaches the territory of an EU member state, the person in question has a right to file an asylum application, which must then be reviewed," says Hamburg-based maritime law expert Alexander Proelss.

The UNHCR and leading experts on international law now suggest the principle of non-refoulement takes effect directly at the border — even if the person seeking entry has not yet reached EU territory.

In the case of pushbacks at sea, distance to the coast plays an important role. As a rule, a country's sovereignty ends 12 nautical miles from its own coast. If the coast guard forces refugee boats to turn back on the high seas outside this zone —  as has happened several times in the past — this is likely not a violation of the principle of non-refoulement. Nevertheless, all captains at sea are obliged to provide assistance should they come across a vessel in distress.

Still, those seeking help may nevertheless be denied entry into the European Union. "International maritime law in no way obliges the state where a boat puts into port —  for example Italy or Greece —  to allow people on board to go ashore," legal scholar Proelss explained.

But, whether on land or at sea, very few people affected by pushbacks end up having the strength and means to take legal action against their expulsion.

Escape across the English Channel