The human rights organization has said Poland carried out an unlawful pushback of a group of migrants camped out on its border with Belarus. 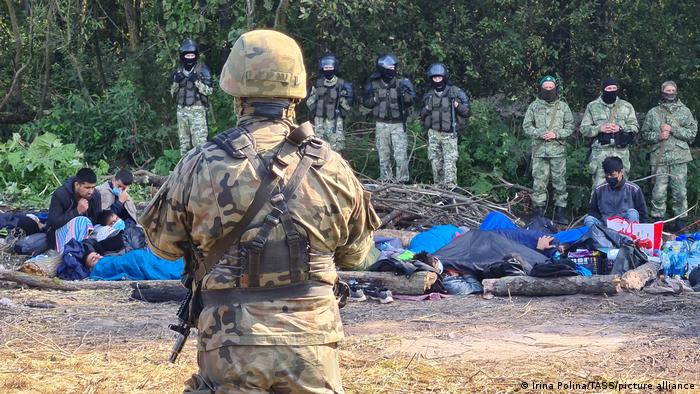 Poland in late August illegally turned back Afghan refugees who were stranded on the border with Belarus, the rights organization Amnesty International said on Thursday, citing an analysis of satellite imagery and other photos and videos.

A group of 32 refugees, including a 15-year-old girl, are stuck in precarious conditions on the Belarusian side of the border, with no access to food, clean water, shelter or medicine, Amnesty said.

The director of Amnesty International’s European Institutions Office, Eve Geddie, said the organization has evidence "strongly suggesting" that the Afghan refugees "were victims of an unlawful forced return."

Satellite imagery from August 18 indicates the movement of the migrants from Polish territory back into Belarusian territory, Amnesty said.

Poland has sealed off the 418-kilometer border and declared a state of emergency, officially banning journalists and aid organizations from entering.

According to Amnesty, the migrants fled Afghanistan after the Taliban took power then crossed the Polish-Belarusian border in August. Polish border guards then reportedly brought them back to Belarus.

"Forcing people back who are trying to claim asylum without an individual assessment of their protection needs is against European and international law," Geddie said.

Among the thousands of migrants who have crossed into Poland since July, more than 30 have been trapped on the precipice of the Polish and Belarusian border since mid-August.

Amnesty's finding was published ahead of a meeting in Warsaw on Thursday between European Home Affairs Commissioner Ylva Johansson and Polish Interior Minister Marius Kaminski to discuss the situation along Poland's border with Belarus.

The human rights group called on Poland to provide the migrants with shelter, food and water, as well as access to lawyers and medical care.

Poland's state of emergency along the border is expected to be extended by another 60 days starting Thursday.