What's next for Japan's forgotten prisoners in North Korea?

Families of Japanese held captive for decades in North Korea have little hope that dialogue between Seoul, Washington and Pyongyang will result in their loved ones being released. Julian Ryall reports from Tokyo. 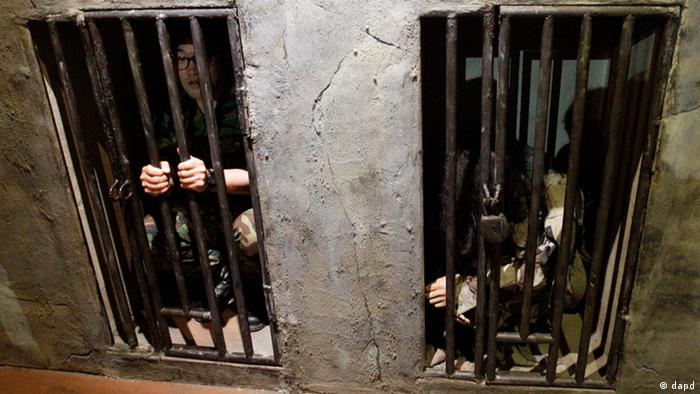 The meeting scheduled for April 27 between South Korean President Moon Jae-in and North Korea's leader Kim Jong Un, is providing a sense of optimism on the Korean Peninsula.

However, for many families of Japanese nationals abducted by North Korean spies, this sudden outbreak of diplomacy has not given rise to hope that their loved ones will be sent home anytime soon.

The summit between the North and South, as well as the proposed meeting between Kim and US President Donald Trump, may well lead to a breakthrough on the question of the North's nuclear weapons and ballistic missile programs. This may also lead to Pyongyang building better relations with its neighbors in the region and being welcomed back into the international community.

Amid these expectations, however, the issue of North Korea's deplorable human rights record seems to have been put on the backburner. And in Japan, the relatives of Japanese abductees are being reminded of this development as the world focuses on high-wire diplomacy. 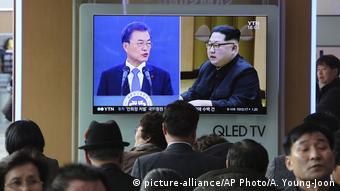 The last time that Noriko Furukawa's family heard from her was during a brief phone call on the morning of July 7, 1973. Furukawa called to say that she had reached Chiba Station, east of Tokyo. Then, for the next 25 years, there was nothing but silence.

It was only in 1998, when North Korean agent An Myong-jin — who had defected to the South — described in a book how he saw Furukawa and two other missing Japanese nationals at Hospital 915 in Pyongyang, that the family had a more concrete idea of what happened to her.

At some point on that day in 1973, Furukawa had reportedly been seized by North Korean agents and was surreptitiously taken to Pyongyang in order to train a new generation of the regime's spies before they would be infiltrated back into Japan.

Her 73-year-old sister, Tamaji Takeshita, still lives in Chiba City and says that she has seen nothing to suggest that the Japanese thought to be missing in North Korea will be coming home soon.

"I do not think the two meetings will be effective in rescuing the abductees,” she told DW. "Kim has made no mention of human rights issues, even though there are many foreigners who have been abducted and who are still in the North.”

"It is clear that he does not want to discuss the topic, so I can only be pessimistic,” she added.

Takeshita is also critical of President Moon for playing down the abductions, even though there may be as many as 1,000 South Korean nationals who are still being held against their will in the North.

In contrast to Japanese abductees, however, the vast majority of South Korean abductees were fishermen whose boats strayed too close to the North before their crews were captured. But these detainees have also not been permitted to return to their homes, support groups for the Japanese relatives of abductees say.

"Moon only seems to want to have positive outcomes from these talks, such as reconciliation between the North and South and, eventually, reunification.”

Shigeo Iizuka, whose younger sister, Yaeko Taguchi, was abducted in 1978, is similarly pessimistic about the outcomes of the leaders' talks.

"I do not know what is on the agenda for their meetings, but my suspicion is that there will be nothing about the Japanese victims of North Korean abductions,” he told DW.

"I worry that the North's nuclear weapons will be the primary area of discussion and the abductions will be overlooked or, at least, not dealt with as much as we have been hoping.”

After she was abducted, Yaeko Taguchi is reported to have been forced to train a number of North Korean agents, including Kim Hyon-hui — a former spy who was responsible for planting a bomb on a Korean Air flight in 1987, killing 115 people. Kim revealed to officials that Yaeko Taguchi was alive after she was arrested for downing the aircraft.

Despite Kim's confession, North Korea continues to deny any involvement in the atrocity and Shigeo Iizuka fears that releasing his sister would mean that Pyongyang's lies would finally be confirmed.

Yoichi Shimada, who serves as the vice chairman of the National Association for the Rescue of Japanese Kidnapped by North Korea, admits that a sense of pessimism has descended on the families in recent weeks. Their hopes had been raised earlier in the year when Kim Jong Un first suggested he would be open to talks with the international community.

The threat of secret agents?

"There is a sense that the leaders are shelving the abduction issue in order to reach an agreement on nuclear weapons,” Shimada told DW. "The families fear that Moon or Kim might choose to ignore human rights in the rush to solve the nuclear problem and that any agreement that leaves the Kim regime in control in the North leaves us with little leverage.”

Shinzo Abe, the Japanese prime minister, held talks in Florida this week with Trump and confirmed that he had convinced the president to include the fate of the abductees in his discussions with Kim, although there are no guarantees that will happen, Shimada admitted.

But he insists it should be a concern of the US as well as Japan.

"The North wanted these Japanese to train their spies so that they can be infiltrated back into Japan, where they will look like Japanese people until they emerge as saboteurs should a conflict break out on the Korean Peninsula,” he said. "At that point, their mission is to attack US military bases here in Japan to disrupt the US.”

"If the US can convince the North to release the Japanese, then they will be able to identify some of those agents here in Japan,” he added. "As long as this issue of the abductions remains unsolved, the US bases and personnel here remain under threat.”

CIA Director Mike Pompeo made a secret visit to North Korea over Easter weekend and met with Kim Jong Un, according to media reports. Donald Trump said the meeting "went very smoothly and a good relationship was formed." (17.04.2018)