What you need to know about the Turkish referendum | Germany | News and in-depth reporting from Berlin and beyond | DW | 08.04.2017

What you need to know about the Turkish referendum

Turks are voting on whether to change the country's constitution and hand President Recep Tayyip Erdogan more power. The referendum has opened up deep rifts both inside and outside Turkey. Here's the lowdown. 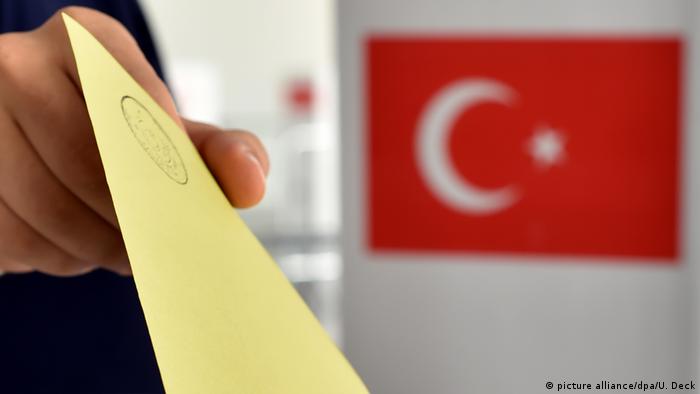 What's this all about?

The referendum would change the Turkish constitution from a parliamentary to a presidential system. The office of prime minister would be scrapped, and the president, who would be elected directly by popular vote, would be the head of the executive branch of government as well as the head of state.

The president would gain a number of powers, including the right to draw up budgets, to appoint and dismiss government ministers and judges, and to issue decrees in some areas. The president would also be allowed to retain an affiliation to a political party. At present the president is required to nominally sever his political ties and govern as a "neutral."

In a nutshell, since the president would gain so much power under the proposed changes, the referendum is a vote on current president Recep Tayyip Erdogan. He has been trying to redefine the position of president since 2005. His cause got a major boost after the failed coup against him in the summer 2016, which left him better able to argue that radical changes were needed. But the referendum has proven deeply divisive.

Who's for the referendum?

Not surprisingly, supporters of Erdogan's Justice and Development Party (AKP) are voting "evet" (yes). They contend that the constitutional reforms are necessary to streamline the Turkish government and make it able to cope with the demands of today's political environment.

Somewhat more surprising is the right-wing Nationalist Movement Party's (MHP) support for the constitutional changes, since the MHP has traditionally opposed the idea of a presidential system. Rumor has it that MHP leader Devlet Bahceli has been promised a post as vice-president in return for his cooperation.

The Turkish parliament has already passed the constitutional changes, but a popular vote also has to approve them if they are to become law. 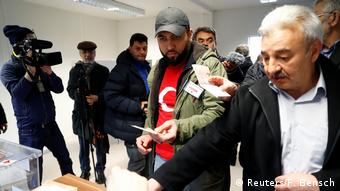 Turkish citizens in Germany have been casting their ballots already

The referendum is staunchly opposed by Turkey's other two main political parties, the center-left Republican People's Party (CHP) and the left-wing People's Democratic Party (HDP). Human rights and pro-democracy groups also say "hayir" (no). They argue that the proposed constitutional changes will essentially allow Erdogan to rule as a dictator.

Should it be approved, the referendum would allow Erdogan to seek two terms for the redefined office of president in Turkey's next national election in 2019. So Erdogan could hold power until 2029.

Would a yes vote mean the death of Turkish democracy?

That depends on whom you ask. The changes proposed in the referendum do leave some checks and balances. Parliament can override presidential decisions in some areas, launch investigations and even impeach the president with a two-thirds majority. 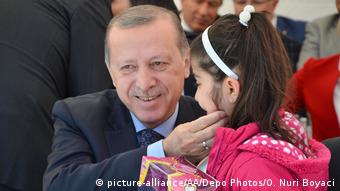 Erdogan could stay in power until 2029

However, even under the current system, the Erdogan government has significantly undermined democracy in Turkey. Opposition politicians and journalists have been jailed and harassed, and Erdogan dismissed 2,700 judges in the wake of last summer's failed coup. It's hard to imagine Turkey becoming more democratic if its current president gets broad additional powers.

The European Commission has condemned the concentration of powers in the presidency under the proposed changes as "excessive."

Will expatriate Turks decide the referendum?

The Turkish government says that 5.5 million Turkish citizens live abroad, 4.6 million of them in Western Europe. Turkey's total population is 80 million, so the expatriate vote could play a role in the referendum. That's why both sides sought to win support among expatriate Turks in countries like Austria, the Netherlands and Germany. Turks in Germany, for instance, represent approximately 1.4 million votes.

That said, it is unlikely that the expatriate vote will break overwhelmingly one way or the other. The Turkish community in Germany is deeply split between Erdogan supporters and detractors. Leading Turkish-German figures have called upon voters to cast no ballots, but Erdogan's AKP won almost 60 percent of the vote in Germany in the last Turkish national election, compared with slightly less than 50 percent in Turkey itself. 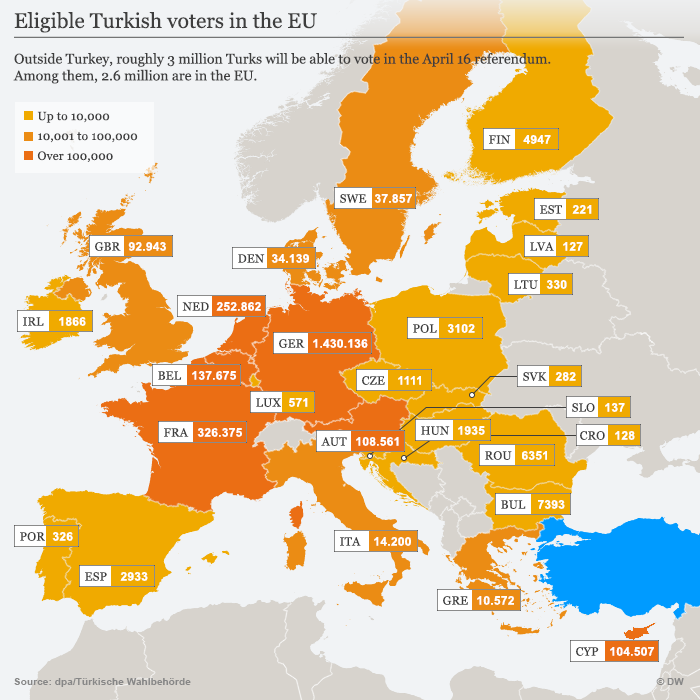 The Turkish diaspora covers most of Europe

How will the referendum affect Turkey's standing in Europe?

Whatever the outcome of the referendum, the run-up to it has badly damaged relations between Turkey and the rest of Europe. The Turkish government spied on Turkish citizens living in other European countries, and Erdogan accused German Chancellor Angela Merkel and other European leaders of engaging in "Nazi practices."

That alone would be enough to put Turkey's bid to join the EU, already half-moribund, even further on ice. And should the referendum pass, critics of Erdogan are sure to argue that Turkey doesn't live up to the democratic standards required to join the EU.

NATO, however, is another matter. Despite some isolated calls for Turkey to be thrown out of the military alliance, there is too much mutual interest for that to be likely. Moreover, Western Europe needs Turkish cooperation to control the flow of refugees from the Middle East to the European continent.

So who will win the referendum?

Voters in Turkey go to the polls on April 16. By midnight on that date, it should be clear whether the refendum has succeeded or not.