What does the AfD stand for?

Populist, Euroskeptic and anti-immigration, the Alternative for Germany has made electoral inroads at the regional level. Here's what you need to know about the AfD. 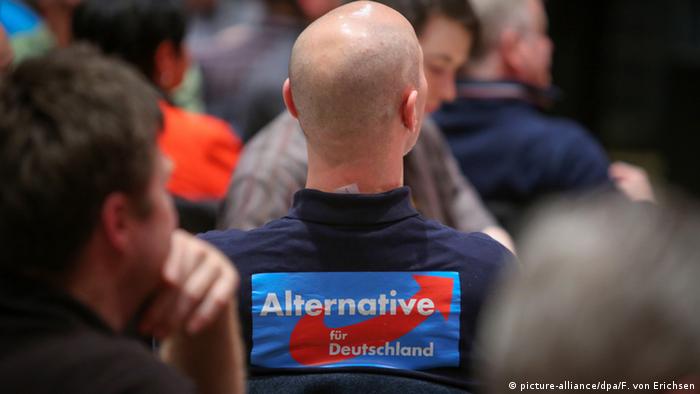 The anti-immigrant platform presented by Alternative for Germany (AfD) allowed the party to break into municipal and state legislatures across the country this spring.

Here are five essential points to understanding the AfD:

1) The AfD began as a Euroskeptic party

The AfD has gone through quite a mutation in its short life. Founded just over three years ago by a group of disgruntled economists who wanted to dismantle the eurozone and prevent the bailing out of Greece, the party has deftly switched policies to suit the next big "crisis" preoccupying the German media: the refugees from the Middle East who began arriving in large numbers last year.

After steadily mounting internal pressure in the first half of 2015, the ideological switch was flicked in July 2015, when co-founder and leader Bernd Lucke, a 53-year-old economics professor, was ousted by current leader Frauke Petry. The split was brought about by an increasing influx of new members - many of whom were sympathetic to the anti-"Islamization" movement PEGIDA. 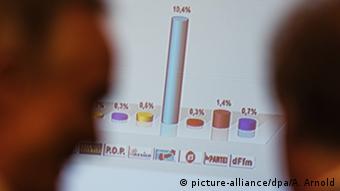 Among the most visible of the new extremists the party has attracted is Björn Höcke, leader of the AfD's parliamentary faction in Thuringia. In a speech in November, Höcke drew a genetic distinction between the "life-affirming African proliferation type" and the "self-denying European placeholder type" and warned that the Africans' "reproductive behavior" would not change as long as Europe took in immigrants.

The AfD leadership distanced itself from the remarks - spokesman Jörg Meuthen described them as "foolishness, both politically and content-wise" - but ultimately voted against calling on him to resign from the party. 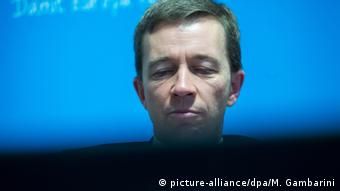 The AfD's relationship with the far-right was underlined in March, when the the neo-Nazi National Democratic Party (NPD) called on voters in the regional election to use one of their two preferences for the AfD. The AfD'S response was swift: "We have no overlaps with the NPD whatsoever."

Though the AfD's latest successes and its rise to double digits in national polls around the country (putting it neck and neck with the Greens and the Left) undoubtedly have to do with dissatisfaction with Angela Merkel's refugee policies, the party is also making a deliberate effort to poach the chancellor's Christian conservative base.

One of the main planks of its party program is promoting the traditional family. In 2014, the Baden-Württemberg AfD voted against a plan to bring more teaching about homosexuality into the school curriculum, and the official party manifesto makes a vehement case against what it calls "gender mainstreaming," by which it means policies that undermine "traditional gender roles." The Baden-Württemberg AfD's manifesto even suggested that state broadcasters should be made to "present marriage and family in a positive way."

Deputy leader Beatrix von Storch has made these issues her own within the party, speaking out against abortion, against same-sex marriage, and against what she calls the "sexualization of society." She declared her opposition to a government campaign promoting the use of condoms, saying the campaign should have encouraged abstinence instead.

4) It's skeptical of climate change and against Germany's energy transition 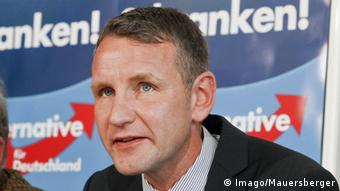 A less-discussed element of the AfD's program is its vehement opposition to the Renewable Energy Act, introduced in 2000 and renewed in 2014 to regulate and subsidize Germany's transition to renewables. The AfD opposes subsidies in the energy market, claiming that they damage Germany's competitiveness.

The party's position is on climate change is summed up in three sentences on its website: "Scientific research on the long-term development of the climate because of man-made CO2 emissions is fraught with uncertainty. On top of that, a global problem can be solved only by a coordinated initiative of all the big economic nations. For that reason, the AfD rejects all national and European unilateral action."

5) It wants a complete reordering of Europe

The AfD's original purpose is still very much part of its plan: "Germany doesn't need the euro. Other countries are damaged by the euro," is one of the first statements on its website. The party would like to see the reintroduction of national currencies, as well as provisions to make sure that there are no more payments to the European Stability Mechanism, or indeed to bail out banks and hedge funds.

Despite the upheaval within the AfD over the three years of its existence, it remains true to its core purpose.

The right-wing Alternative for Germany (AfD) has bagged third place in municipal elections in the central state of Hesse, and the populist party is polling strongly a week ahead of three key state elections. (07.03.2016)

Deputy Premier Martin Dulig suspects that police officers are sympathetic to organizations like Pegida. Some politicians have voiced their support with this criticism, while others are outraged and disappointed. (03.03.2016)