The Russian president spoke of the devastating effect the demise of the USSR had on him and millions of others, admitting he took up driving a cab during hard times, even though he said "it's unpleasant to talk about." 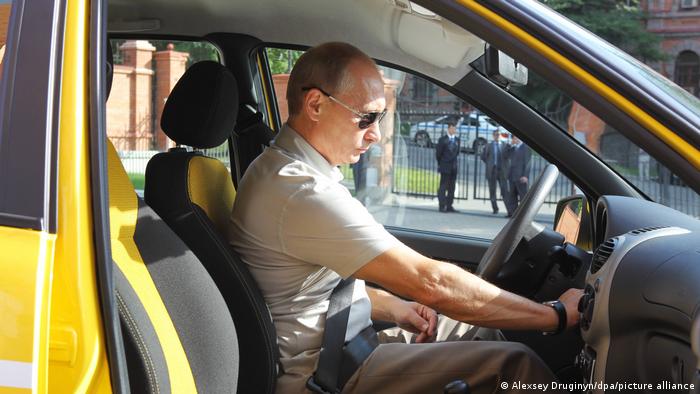 Driven to extremes: Putin now has the keys to the Kremlin

In a documentary film, RIA-Novosti quoted the Russian leader as saying: "Sometimes I had to earn extra money."

"I mean, earn extra money by car, as a private driver. It's unpleasant to talk about to be honest but, unfortunately, that was the case."

Putin said the collapse of the USSR spelled the end of "historical Russia."

He has previously lamented its disintegration three decades ago, saying it remains a "tragedy" for "most citizens."

The end of the Soviet Union brought with it a period of severe economic instability that plunged millions into poverty, as newly independent Russia evolved from communism to capitalism.

A loyal servant of the Soviet Union, Putin was dismayed when it fell apart, once describing the collapse as "the greatest geopolitical disaster of the 20th century."

Putin's comments come as critics accuse him of planning to recreate the Soviet Union with an invasion of Ukraine. The Kremlin has so far dismissed the idea as fear-mongering by the West, and that Moscow would only attack its neighbor if provoked by Kyiv or another state.

Russia: 30 years on from the Soviet Union

The US and Russia sent warnings to each other, following a call between Vladimir Putin and Joe Biden. Putin spoke of Russia's "right to defend its security," while Biden warned of unprecedented "economic consequences."

The two leaders talked via videolink amid a tense standoff over Ukraine. US officials said Russia would face severe sanctions if troops crossed the border into Ukranian territory.

Sixty years ago, cosmonaut Yuri Gagarin became the first man to fly into space. DW spoke with German astronauts, who reflect on the space pioneer's legacy.