Vladimir Putin is running for a fourth term as Russian president. His policy platform is still unknown. But he is seemingly and subtly preparing his country for war. Is this a campaign ploy, or genuine cause for concern? 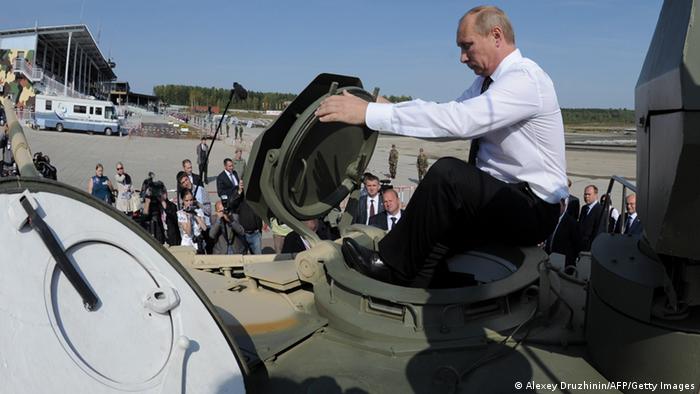 In early November, several Russian media outlets — including Moscow's independent Novaya Gazeta newspaper — reported that "Russia has received unexpected orders to prepare for war." Two news reports in quick succession had stoked this worry: First, Russian President Vladimir Putin had declared during the Zapad 2017 military exercises in September that private and state-run companies should prepare to quickly ramp up production in times of war. A few days later, instructions emerged on social media informing schools in Russia's Siberian Krasnoyarsk region to ready for wartime operations. The order turned out to be authentic. Russian authorities, however, played it down as merely a "routine" affair.

Saber-rattling as a campaign ploy

Talk of war is nothing unusual in today's Russia. Again and again, Moscow stresses that it feels threatened by the West. Still, many were surprised by these recent orders to prepare for armed conflict. Novaya Gazeta has linked Putin's behavior to the presidential election in March next year. It was an open secret that he intended to run for a fourth term. Last week, he officially declared his candidacy.

Some security experts, too, say the presidential election plays a role in all this. Mark Galeotti, British historian and expert at the Institute of International Relations in Prague, does "not think Russia is preparing for war." Instead, he believes "this is in fact part of Putin's larger narrative aimed at building legitimacy" ahead of the vote. "This posturing is meant to suggest that Russia is surrounded by hostile states and that all available resources need to be put into defending the Russian homeland," Galeotti said.

Stephen Blank, a military specialist and Russia expert who works for the American Foreign Policy Council think tank, views Putin's saber-rattling as part of a larger picture. "For years the Russian government has believed it is at war with the West," he said, adding that Russia's moves to mobilize for war forms a crucial element its security strategy. 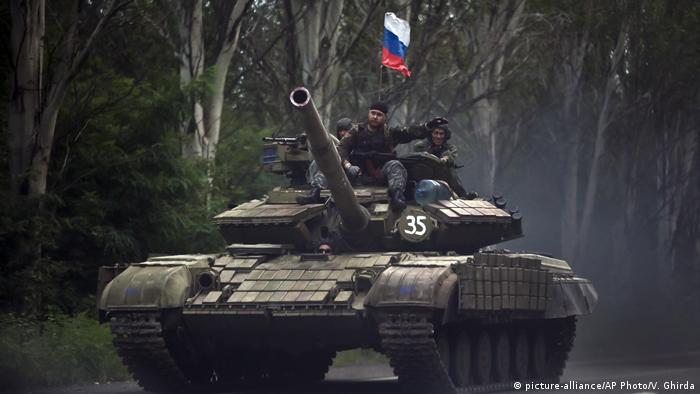 Is Russia readying for war, or just Putin's re-election?

Moscow military expert Alexander Golts largely agrees. "Preparations for war are similar to Soviet times, namely through mobilization," he said. Golts believes secret orders issued to schools may inform those institutions that they will function as assembly points for reservists and later as hospitals, should a war break out. Moscow perceives the West as its main potential adversary, he said, and "Russia's major military forces are being deployed to the west and southwest of the country."

Currently, Russia is creating three new army divisions between Smolensk and Rostov as what the Kremlin claims is a protection against NATO troops. It has also built up a new tank division in western Russia.

Since the annexation of Crimea in 2014, Russia has begun modernizing its armed Forces. In late 2014, a new state-of-the-art military headquarter was inaugurated in Moscow. Back then, Russian journalists wondered whether this signaled a war in the offing. Nowadays, Russia's high-tech military headquarter features almost daily on TV, including in reports over the country's military engagement in Syria.

But wartime preparations don't end there. A previous Russian military drill also sought to test how the country's financial order and communications system would fare during a period of war. In yet another exercise, military control over public administration was simulated. And reports from St. Petersburg concerning plans for food reserves, including daily bread rations, made headlines. As did reports over formerly disused and now re-opened bunkers in Moscow. Moreover, in February of this year the Russian Parliament modified a law regarding wartime mobilization. It now stipulates that regional leaders are personally responsible for mobilizing troops. 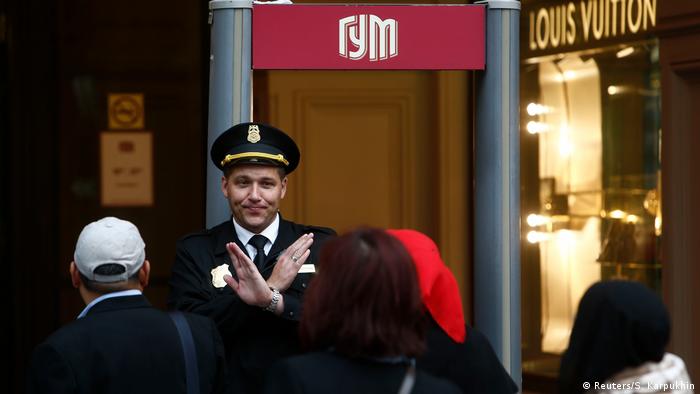 Tens of thousands of people were evacuated from various facilities across Russia in September due to mysterious bomb threats, including the famous GUM department store in Moscow

It still remains unclear whether the evacuation of tens of thousands of individuals from Russian shopping centers, schools and cinemas in autumn was also part of such preparations. The country's authorities denied any link, saying that an anonymous bomb threat caused the incident.

Historian Galeotti believes these Russian moves constitute a "modernization" of its national security apparatus. "When I talk to figures in the security and military sector in Moscow, they insist that Russia is under threat and that the West is trying to undermine the country's superpower status and is aiming for gradual regime change," Galeotti said. "They actually believe this nonsense."

One Novaya Gazeta commentator wrote that whether war is the intended outcome or not, Putin's saber-rattling makes it much more likely, referencing a quote from Russian literary figure Anton Chekhov: "If in the first act you have hung a pistol on the wall, then in the following one it should be fired. Otherwise don't put it there."

Earlier this week Mikheil Saakashvili was dramatically busted out of police custody by a mob of supporters. But authorities have now taken him back into custody. (08.12.2017)