Juliette Binoche, Brad Pitt and Meryl Streep are among the stars set to light up this year's film festival in Venice. But despite a highly international competition selection, only two women directors will feature. 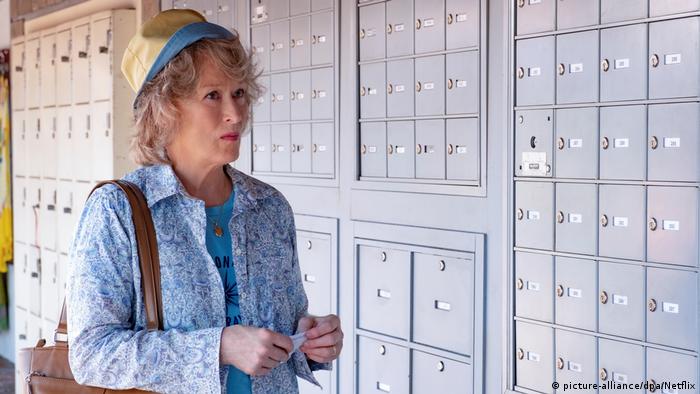 After the Venice Film festival was slammed in 2018 by the The Hollywood Reporter for a competition selection that reflected "Italy's culture of toxic masculinity," the 76th edition has only two female directors out of 21 competition entries. While that's a 100% improvement, the festival is courting further controversy this year by screening the latest work by Roman Polanski, who is still facing child rape charges dating back to 1977 and was expelled by the Oscar's Academy.

Nonetheless, the Venice Film Festival will feature a highly-anticipated lineup of competition entries this year — and plenty of star power. Here are 11 highlights from the festival that traditionally kicks off the fall film calendar.

This year's opening film is by Japanese director Hirokazu Kore-eda, who took home the Golden Palm at the 2018 Cannes Film Festival for his film Shoplifters. Now he presents his first film shot outside his home country: La Vérité (The Truth). Shot in Paris in 2018, it is an intimate family story and stars Catherine Deneuve, Juliette Binoche and Ethan Hawke. Hirokazu Kore-eda's films are praised for using simple means to tell intense stories about ordinary people in particularly challenging situations. 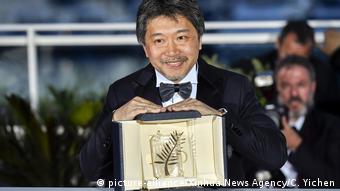 Hirokazu Kore-Eda with his Palme d'Or in 2018

2. 21 films in the competition

Hirokazu Kore-eda is competing for the Golden Lion along with 20 other competition entries that only include two female directors: Australian Shannon Murphy, who presents Babyteeth, and Haifaa al-Mansour, a pioneering Saudi Arabian director who will debut The Perfect Candidate. The male directors include heavyweights like the controversial Roman Polanski, who presents his long-awaited film about the Dreyfuss affair, "J'accuse," while Chilean Pablo Larraín, Sweden's Roy Andersson, French director Olivier Assayas and Canadian Atom Egoyan will all have new films at Venice.

US cinema is also strongly represented in the Golden Lion competition, both in front of and behind the camera. The directors are Steven Soderbergh, Todd Phillips, James Gray and Noah Baumbach. Brad Pitt (starring in Gray's sci-fi drama Ad Astra), Joaquin Phoenix, Robert de Niro, Meryl Streep, Gary Oldman, Antonio Banderas and Scarlett Johansson, among others, are featured in their films. Most of these stars are expected at the Lido in the coming days. The film world is eagerly awaiting Soderbergh's new film The Laundromat, which stars Streep (pictured top) and tells the story of the leaked Panama Papers. Like Baumbach's film, Marriage Story, The Laundromat was co-produced by Netflix. 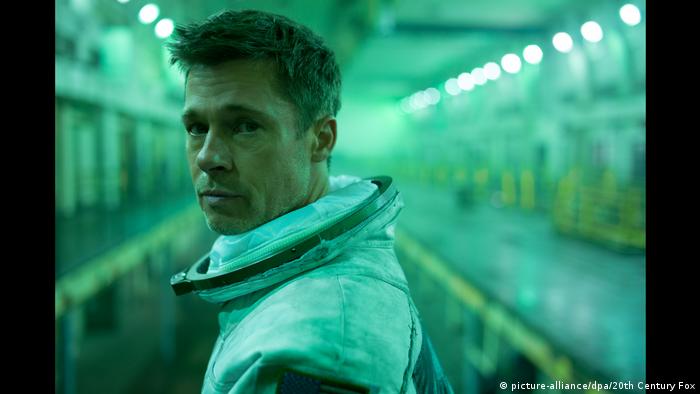 Brad Pitt embarks on a space odyssey in "Ad Astra"

Like the French in Cannes and the Germans at the Berlinale, Italian productions will be showcased at the Venice Film Festival. A total of six Italian films and co-productions will be competing this year, and will try to end a long drought with an Italian feature film last winning the festival's main prize in 1998; six years ago, however, Italian director Gianfranco Rosi was unexpectedly awarded the Golden Lion for his documentary film Sacro GRA.

5. A jury president from Argentina

While only two female directors are involved in the competition in 2019, a woman is the head of the international jury this year. Argentinean Lucrecia Martel decides who gets the coveted Lion at the end of the festival. Martel knows the big festivals well. Although she has only made four feature films to date, her works have already been shown twice in Cannes and once in Venice. Martel, born in 1966, also has international jury experience. In 2006 she was invited to take part in the Cannes jury, and two years later she was a member of the jury in Venice.

6.  The Germans in Venice

German directors did not make it into the Venice competition in 2019. But at least two films were made with German money. Haifaa al-Mansour's The Perfect Candidate is a co-production with Saudi Arabia and tells of a doctor in Riyadh and her fight against the patriarchy to run for public office. Roy Andersson's film, About Endlessness, was produced with Swedish, Norwegian and German funding and shows various absurdly comedic scenarios in which Adolf Hitler, among others, appears. Young director Katrin Gebbe presents Pelikan Blood, which tells of a mother's difficult relationship with her adopted daughter, in the Orizzonti section that runs parallel to the main competition.

The winner of the Golden Lion will not be decided until the final evening on September 7. However, two winners have already been chosen. The Spanish director Pedro Almodóvar and the British actress Julie Andrews will be awarded the Honorary Lion for their lives' work. Almodóvar's new film Sorrow and Glory is currently shown in many cinemas worldwide. Julie Andrews became world famous in 1964 as Mary Poppins, and won an Oscar for her portrayal of the beloved nanny.

Like all major festivals, Venice will once again be showing a series of restored film classics. This year, the northern Italian city will be screening remastered works such as The Criminal Life of Archibaldo de la Cruz by Luis Buñuel, The Strategy of the Spider by Bernardo Bertolucci, and New York, New York by Martin Scorsese. 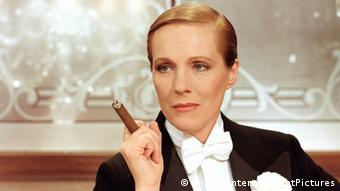 For the last few years it has been the ritual of some festivals to present a special pearl of cinema history one day before the official opening. On August 27, the film Ecstasy (1933), by the Czech director Gustav Machatý and with late Hollywood star Hedy Lamarr, will be shown at the Lido. This film was carefully and meticulously restored and is now experiencing a second premiere in Venice.

In 2019, Venice will once again be offering more than competition, classics and prizes for deserving filmmakers. In several secondary sections, young and even less established film directors will be able to showcase their work. There will also be special screenings, documentaries and a few series, including the The New Pope, which follows on from the success of 2016's The Young Pope and sees Jude Law again in the lead role.

On September 7, the festival will close with the thriller The Burnt Orange Heresy, by Italian director, Giuseppe Capotondi. A special highlight is the appearance of Mick Jagger, who has shifted between the Rolling Stones stage and the big screen over the decades, in a leading role — in the thriller, Jagger plays a rich art collector who will do anything to acquire a work by a legendary painter.

A small step for Gosling, a great step for moviegoers? The Hollywood heartthrob plays astronaut Neil Armstrong in his new film, First Man, which will opens the 75th Venice Film Festival in late August. (20.07.2018)

Alfonso Cuaron's film drama Roma has won the main prize at the Venice Film Festival. The win bolsters the reputation of streaming company Netflix as a major platform for art house cinema. (08.09.2018)