Quentin Tarantino's latest masterpiece is bound to be a crowd-pleaser. The cult director takes audiences back to Hollywood in 1969, culminating in a famous bloodbath — but with a twist.

Since the dawn of the age of television, people have grown up being exposed to a lot of murder, declares one character in Quentin Tarantino's latest movie, Once Upon a Time in Hollywood. It's a key statement in the film, but also one that reveals a lot about the director's work, which has always been filled with black humor and violence. 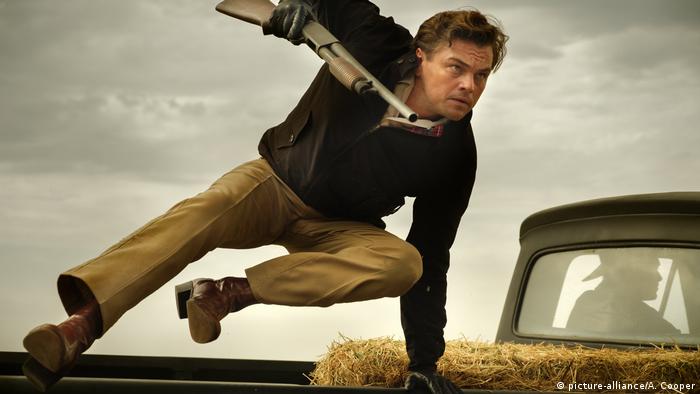 True to Tarantino's signature style, the new movie tells several stories, which increasingly interact with each other. There's the storyline about an aging and increasingly unsuccessful 1960s Western actor named Rick Dalton (played by Leonardo DiCaprio), whose career and life both appear to be hitting rock bottom, as he continues to party Hollywood-style.

But the only thing that this fictional character actually has left to look forward to is his close friendship with Cliff Booth (played by Brad Pitt), who is not only his personal assistant but also his stunt double. The two, after initial hesitation, follow an invitation by producer Marvin Schwarz (Al Pacino) to feature in Italy's Spaghetti Western films in a last-ditch effort to save Dalton's career.

And then there are two additional storylines, based on real events. Dalton's next-door neighbor is Sharon Tate (Margot Robie), whose career — in stark contrast to his — is just taking off at that time. And the third storyline focuses on the drug-fueled life of hippie cult-leader Charles Manson, whose followers — in real life — would later go on to murder the then heavily pregnant Tate.

But Tarantino, predictably or not, keeps a plot twist ready at the end, when Dalton and Booth return from Italy, changing the way the gruesome Manson murders unfold. They're still ruthless but also highly entertaining, bearing Tarantino's penchant for rewriting history in mind — especially if you're accustomed to Tarantino's typically inflationary use of fake blood and brutal butchery.

And from the choice of soundtrack to cinematography, editing and direction, everything screams his name from beginning to end. Tarantino is on top of his game, with his rich abundance of Hollywood and pop-culture references, quotable lines performed with dead-pan deliveries and so many more details that make Once Upon a Time in Hollywood one of his best films yet. 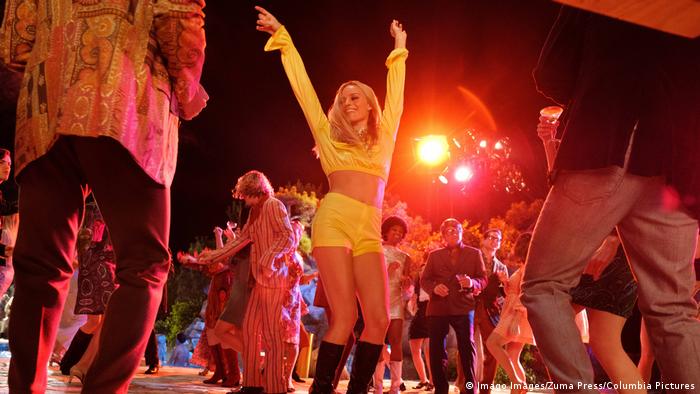 But Tarantino also knows how to market his works. He's often seen at festivals, playing the part of an annoying celebrity, parading his antics in front of the press. It's all part of the Tarantino brand. 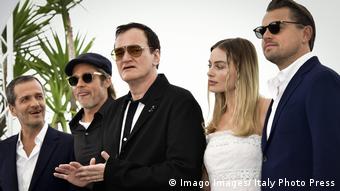 The film premiered at the Cannes Film Festival in May

As is the fact that his movies are always presented as part of a numerical order. All the publicity surrounding Once Upon a Time in Hollywood belabors the point that this is the acclaimed director's ninth movie. He's regularly claimed he'd stop directing movies after having done 10, but that statement should be taken with a grain of salt.

After all, he knows as much as his fans that it would be a real shame if he were to retire so early in his career. For Once Upon a Time in Hollywood truly is Tarantino at the peak of his talent. Not only is the movie visually stunning, but it also features such a compelling plot elements that even his sternest critics have chosen to withhold judgment.

"Once Upon a Time in Hollywood" hits US theaters on July 26, and will be released in Germany on August 14.

Hollywood is their home, but worldwide fame was merely a dream to their ancestors. Many celebrities have connections to Germany and some even speak a bit of German, like Leonardo DiCaprio. (07.11.2017)

Who cares about climate change? These nine celebrities do

Leonardo DiCaprio's documentary film "Before the Flood" will crown his environmental activism - and burn climate change into the public eye. But DiCaprio is only one of a number of celebrities acting on the issue. (21.10.2016)

'The Hateful Eight': Tarantino is back

Quentin Tarantino is back with a vengeance, as it were. His latest film, opening in limited release on Christmas, takes place on the snowy plains of Wyoming and deals with themes of betrayal and revenge, Western-style. (23.12.2015)

The American filmmaker has been one of the most influential directors for over half a century, delivering some of film's greatest masterpieces. His next movie is due out in 2019. DW takes a look back at his career. (17.11.2017)

A World War II comedy that hit cinema screens this week is the latest German movie to tackle what has long been an off-limits subject: the Third Reich. (11.10.2008)

Tarantino, from 'Pulp Fiction' to 'Once Upon a Time in Hollywood'

The cult director is back with a tribute to the film industry: As "Once Upon a Time in Hollywood" hits theaters, here's a look back at Quentin Tarantino's works. (26.07.2019)