Alfonso Cuaron's film drama Roma has won the main prize at the Venice Film Festival. The win bolsters the reputation of streaming company Netflix as a major platform for art house cinema. 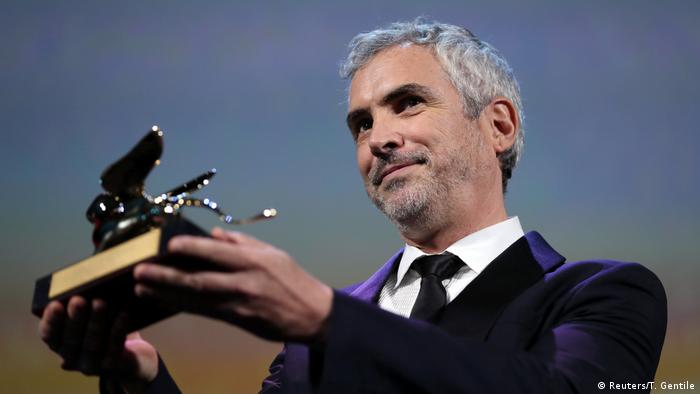 Alfonso Cuaron's Roma, a black-and-white drama based on the director's own childhood in Mexico, has won the Golden Lion at the Venice Film Festival.

The film, which will be streamed on Netflix as well as released in theaters, follows the life of a middle-class family in Mexico City in the 1970s. 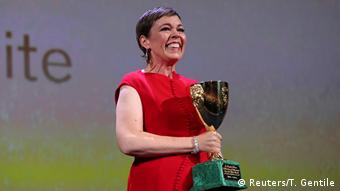 Cuaron is known for directing films such as Y tu mama tambien, Harry Potter and the Prisoner of Azkaban and the 2013 Oscar-winning Hollywood blockbuster Gravity, starring Sandra Bullock and George Clooney.

The prize for best actress went to Britain's Olivia Colman for her performance as England's Queen Anne in The Favourite. The film also won the runner-up Grand Jury Prize.

The award for best actor went to Willem Dafoe for his role in the Vincent Van Gogh biopic At Eternity's Gate.

The Special Jury Prize went to Jennifer Kent, the only woman among the 21 directors competing for the Golden Lion. She won the award for the revenge thriller The Nightingale, whose male lead, Baykali Ganambarr, also won an award for best up-and-coming actor/actress.

France's Jacques Audiard won the Silver Lion for the best director for his comedy Western The Sisters Brothers. Brothers Joel and Ethan Coen from the US won the prize for best screenplay for their Western The Ballad of Buster Scruggs.

The Venice Film Festival was established in 1932, making it the world's oldest.

tj/rc (dpa, AFP, Reuters)Each evening at 1830 UTC, DW's editors send out a selection of the day's hard news and quality feature journalism. You can sign up to receive it directly here.

Audrey Diwan's film "The Happening" (L'événement) about the fight for the right to abortion won this year's Golden Lion at the Venice Film Festival. Paolo Sorrentino's "The Hand of God" came in second.