Public anger is rising over recurring blackouts that have left much of the country without electricity for long periods. Acting President Nicolas Maduro has blamed the blackouts on US-directed sabotage. 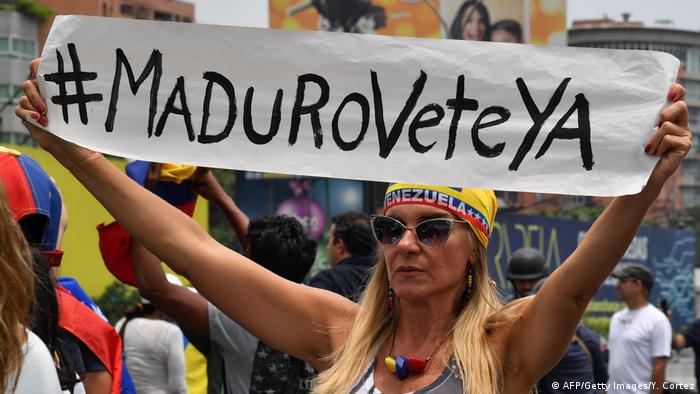 Thousands of Venezuelans took to the streets on Saturday to voice their anger at the patchy power supply, shortage of basic foods and the government of Nicolas Maduro.

"The regime wants our hearts filled with fear and darkness," opposition leader and self-declared interim president Juan Guaido told supporters at a rally in the coastal city of Los Teques.

He made several stops in Miranda state near Caracas, delivering trademark denunciations of Maduro's government and promises of a better life for Venezuela's struggling population, which is living through a deep economic and social crisis.

Guaido blamed corruption and mismanagement under Maduro for the recurring blackouts that have crippled much of the country this month.

Maduro, however, said Washington was responsible for directing sabotage designed to help Guaido win a coup against him.

He said the blackouts were caused by "terrorist attacks" on the Guri hydroelectric dam that powers much of the country.

Venezuela suffered a massive weeklong national power outage which began on March 7. Another blackout on Monday saw businesses closed for three days and schools for four before power was slowly restored. 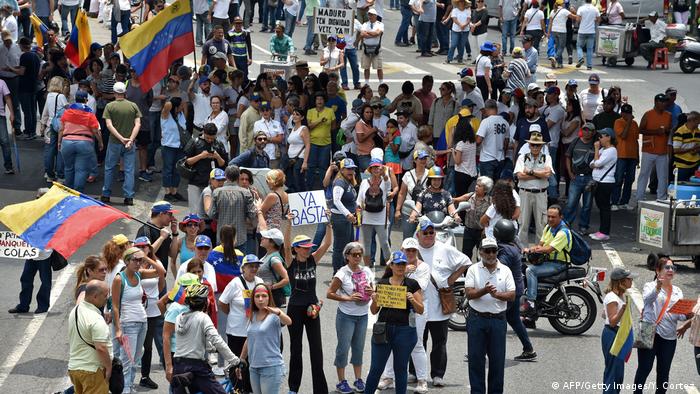 The power cuts have left hospitals struggling, worsened by the already precarious supply of drinking water and many stores not having functioning point-of-sale terminals.

Pro-government demonstrations also took place on Saturday in a repeat of rallies seen over several previous weekends against US "imperialism."

Despite a multi-year political crisis that has seen crippling sanctions levied against his government, Maduro has hung on to power, in part due to longstanding military support.

Russia steps in to support Maduro

He has also won diplomatic backing from Russia and China, who accuse Washington of meddling in the country's affairs, through its support for Guaido.

Moscow came to Maduro's aid on Saturday, warning the US to stop interfering in Venezuela's political crisis, a week after the Kremlin sent military planes to Caracas.

Saturday's rallies came a day after the International Federation of Red Cross and Red Crescent Societies said it is poised to deliver aid to Venezuela next month.

The humanitarian group says it will remain neutral and has warned both sides in the conflict not to interfere with the distribution of food and medicine.