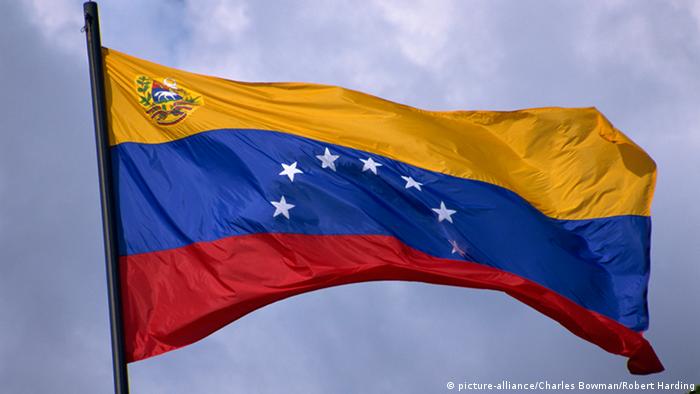 In a video posted online dated March 16 and shot in Cologne, Otto Gebauer criticizes the government of acting Venezuelan President Nicolas Maduro, discusses the details of a recent conversation with Marian Schuegraf, the German Foreign Ministry's commissioner for Latin America and the Caribbean, and emphasizes the urgency of working with the industrial manufacturer Siemens to reduce power outages back in Venezuela. The on-screen text refers to Gebauer as "Venezuela's ambassador to Germany." He holds no such title.

The German government will not recognize Gebauer as ambassador. For the purposes of conducting official talks, on March 13 the government described him as the "personal representative of interim President Juan Guaido" and, in a request for clarification from the opposition Left party, added that "further steps are not currently planned."

"I believe that this decision is comprehensive, pragmatic and proportionate to the situation," said Helge Lindh, a Social Democrat and member of the Bundestag's parliamentary group for the Andean nations. "Given the difficult situation in Venezuela, there is simply no perfect solution. It is not something inconsequential, but rather diplomacy in the narrowest sense of the word."

Spain has lobbied its fellow European Union members to not grant Guaido's emissaries diplomatic status. "Recognizing Guaido was a political decision and a signal," Lindh said. "But, in the current situation, it doesn't make sense to confirm Guaido's shadow ambassadors, as that ignores the fact that the power remains with Maduro and his system."

The fact that interim presidents have a maximum term of 30 days under Venezuelan law has also become increasingly problematic for the German government and Guaido's other international supporters. That period expired in February. Elections are not yet an option. "In the view of the federal government, the political parameters have not been fulfilled," according to Germany's Foreign Ministry.

The situation has become paradoxical: Venezuela has simultaneous ambassadors in Germany, but the government will not carry out official talks with either of them. "This cannot be a long-term situation in which we continue like this for years," Lindh said.

At a minimum, the Left party has praised the decision not to recognize Gebauer as Venezuela's ambassador. "The government's decision is correct as dispatching of new representatives for Venezuela is based on the recognition of self-appointed President Juan Guaido in violation of international law," said Heike Hänsel, the member of the Bundestag's foreign affairs committee who lodged the official request for clarification on Gebauer's status. She had previously criticized the government's decision to recognize Guaido as Venezuela's president.

A Bundestag inquiry concluded that recognizing Guaido as Venezuela's president was questionable at best in the eyes of international law. The decision not to recognize Gebauer as ambassador could be seen as a matter of course correction. "This proves the absurdity of Germany's Venezuela policy," Hänsel said. "Recognizing Guaido maneuvered out of the bounds of international law and this rows it back again."

The shift in EU foreign policy "contrary to the line of the Trump administration, which had unfortunately been supported by the Foreign Ministry," is overall positive, Hänsel said. "Even the federal government is very slowly acknowledging that the contradictions are becoming ever larger and is now attempting damage control." She said the decision not to recognize Gebauer as ambassador was "a first step toward the observance of international law" and added that Germany's government must now reorient its policy toward finding a political solution in deeply split Venezuela.

Hans-Joachim Heintze, a jurist and professor at the Institute for International Law of Peace and Armed Conflict at the Ruhr University Bochum, describes the Foreign Ministry's policies toward Venezuela so far as "unfortunate." Heintze said Germany's government had recognized Guaido "prematurely and thereby robbed itself of certain possibilities." 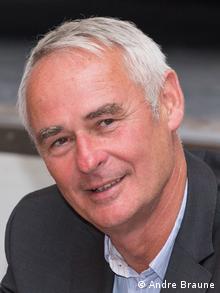 The US' disastrous Venezuela policy ought to have served as a warning for Germany's government, Heintze said: "The United States has always very prematurely and very intensely interfered in Latin America. Ask yourself what kind of reputation the US has in Latin America nowadays. Germany should have operated more cautiously."

Heintze said the decision not to recognize Gebauer as ambassador represented a sort of caving by Germany's government. "External efforts to influence states' internal policies are always unfavorable," he said. Germany has only managed to cultivate relationships with and build channels to opposition figures, Heintze said, "and now Berlin sees that the situation in Venezuela will not be so quickly clarified."

Ultimately, Germany's government may have done Guaido a favor. Gebauer is an incendiary figure in Venezuela. He was imprisoned for six years, three months and 25 days for his direct role in the effort to overthrow Hugo Chavez, Venezuela's previously democratically elected president, in 2002.

Gebauer, a former military captain, was a member of the commando unit that took Chavez to La Orchila island and held him prisoner. "I Saw Him Cry" is the book Gebauer wrote after holding the president in custody.

You don't have to oppose Guaido to wonder whether he might not have been able to come up with a more diplomatic figure. "Gebauer doesn't conform to our ideal image of an unblemished democrat," Lindh said. Anyway, he added, "the federal government would not have recognized anyone else as Venezuela's ambassador either."