US to withdraw all remaining embassy personnel from Venezuela

US Secretary of State Mike Pompeo said the US would withdraw all remaining embassy personnel from Venezuela. Meanwhile, opposition leader Guaido called for more protests. 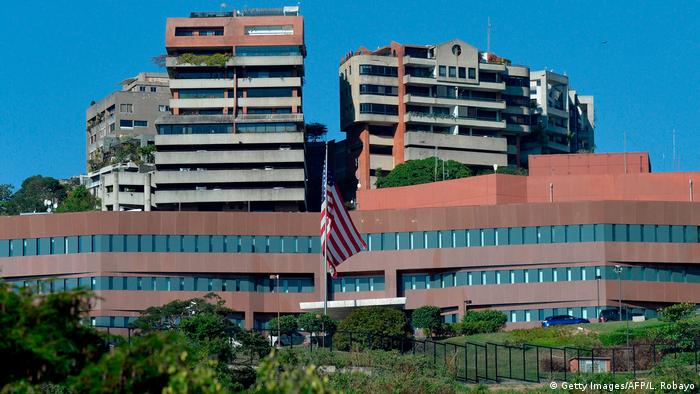 US Secretary of State Mike Pompeo said late Monday that the United States will withdraw all remaining diplomatic personnel from its embassy in Caracas as the crisis in Venezuela deepens. He said the staff would leave by the end of the week.

The move worsens already frayed relations between the two nations. President Donald Trump has said that he doesn't rule out any options including military intervention to oust Venezuelan President Nicolas Maduro.

The US has already imposed sanctions designed to choke off Venezuelan oil sales, which are the lifeblood of the leftist government in Caracas.

Much of Venezuela has been without electricity going on five days now due to a power outage that the government blames on what it calls sabotage encouraged by the US.

Venezuela is in the grips of an acute economic crisis that has helped the rise of opposition leader Juan Guaido, the national assembly speaker who in late January declared himself to be the interim leader. More than 50 countries, led by the US have endorsed him as President.

"This decision reflects the deteriorating situation in Venezuela as well as the conclusion that the presence of US diplomatic staff at the embassy has become a constraint on US policy," Pompeo wrote on Twitter.

On January 24 the State Department ordered all non-emergency government employees to depart Venezuela and urged Americans living in the country to consider leaving.

Pompeo took aim earlier on Monday at Cuba and Russia for their continued support of Maduro. 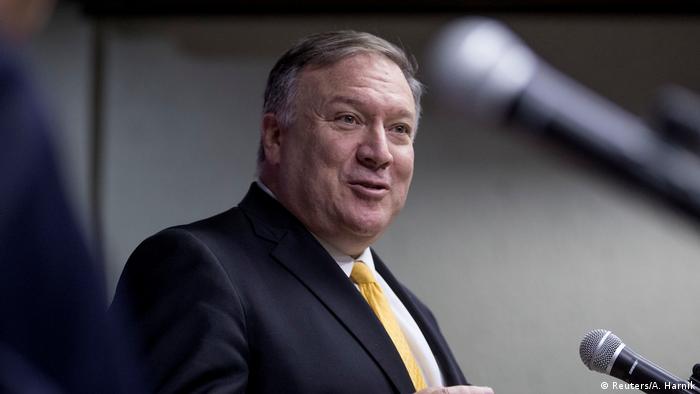 He rejected Maduro's assertion that the US was responsible for the power blackout and instead pointed the finger at the socialist nature of the Venezuelan government.

"Nicolas Maduro promised Venezuelans a better life and a socialist paradise. He delivered on the socialism part, which has proved, time and time again, is a recipe for economic ruin," Pompeo told journalists. "The paradise part? Not so much."

Pompeo took aim at the "central role Cuba and Russia have played and continue to play in undermining the democratic dreams of the Venezuelan people and their welfare."

"Cuba is the true imperialist power in Venezuela," Pompeo said.

In a speech to the National Assembly which he leads, Guaido said "at three o'clock in the afternoon, all of Venezuela will be on the streets" to protest against Maduro .... and .. those around him."

President Nicolas Maduro on the other hand has called for grassroots groups to hit back against what he called attacks encouraged by the US against the country's electrical grid.