The US has sanctioned members of the new constituent assembly voted in last month. While it boycotted that vote, the opposition plans to take part in regional polls in an effort to limit President Nicolas Maduro's power. 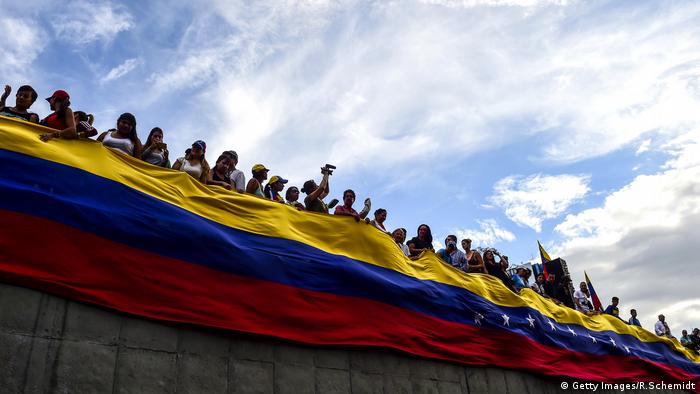 The US alleges that the constituent assembly arose "through an undemocratic process instigated by President Nicolas Maduro's government to subvert the will of the Venezuelan people" and "dissolve Venezuelan state institutions."

Read more: Is Cuba really pulling the strings in Venezuela? 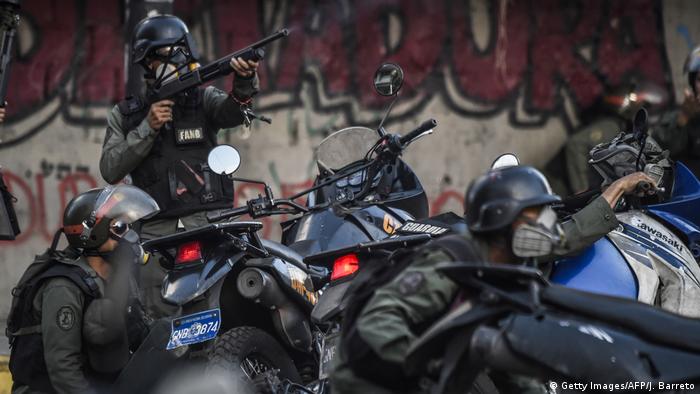 The Treasury Department had already blacklisted Maduro on July 31, the day after he forced elections for the assembly despite a clause written into the 1999 constitution by Chavez that requires a referendum to authorize such a convention. The UN rights office has also condemned excessive force by security forces against protesters who objected to the Constituent Assembly.

The body has already fired Attorney General Luisa Ortega Diaz, who broke ranks earlier this year to become an outspoken critic of the president. And the Supreme Court has ordered the jailing of an opposition mayor who allowed anti-government protests to happen in his Caracas district, and has announced possible cases against other dissident municipal leaders.

Undaunted by suspicions of widespread fraud by the government during the July 30 vote, on Wednesday Venezuela's main opposition coalition has announced it is to register candidates to run in December's gubernatorial elections.

Speaking on behalf of the Democratic Unity Roundtable, Andres Velasquez said the coalition would meet the National Electoral Council's deadline to sign up candidates by Wednesday night.

Other opposition leaders have vowed not to participate in December's elections, arguing that the fraud would occur all over again.

Venezuela's armed forces has formally declared the soldiers who participated in the weekend's military uprising against Maduro's "murderous tyranny" as "traitors to the nation." Troops continue to hunt the insurrectionists, who allegedly appropriated arms from a military depot.

More than 120 people have died in demonstrations against Maduro's rule since April.

A major cyberattack has shut down dozens of Venezuelan websites, including several for government bodies. The group behind the hack has lent its support to a rebel campaign against President Nicolas Maduro. (08.08.2017)