UN slams Venezuela for using excessive force, arrests to crush protests | News and current affairs from Germany and around the world | DW | 08.08.2017

The world body said Venezuelan security forces have killed dozens and arbitrarily detained more than 5,000 people. It calls on President Maduro to rein in security forces and investigate alleged abuses. 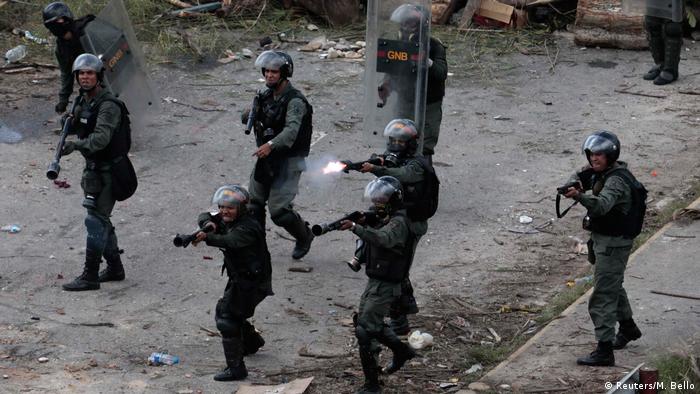 The United Nations human rights office said it had investigated 124 deaths and found that security forces and pro-government groups were responsible for at least 73 protester deaths.

The preliminary findings were based on 135 interviews conducted remotely in Panama and from Geneva in June and July, after the UN agency was denied access to Venezuela to investigate the situation in the country.

The UN called on the government of President Nicolas Maduro to rein in security forces and investigate alleged abuses and release people arbitrarily detained.

The UN indictment comes just days after Venezuela inaugurated a new legislative assembly amid nationwide protests. The new body is expected to rewrite the constitution and give vast powers to Maduro's ruling Socialist Party. 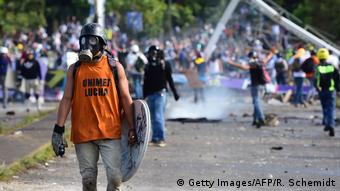 Venezuela has seen months of protests against President Maduro.

Venezuela, which is suffering from an acute economic crisis marked by shortages of basic goods, has experienced four months of street demonstrations against President Nicolas Maduro that claimed 125 lives.

The rights office said ill-treatment and even torture have been reported in detention.

"Tactics used included electric shocks, beatings, including with helmets and sticks while handcuffed, hanging detainees by the wrists for long periods, suffocation with gas, and threats of killings - and in some cases threats of sexual violence - against the detainees or their families," Shamdasani said.

The US is to impose financial sanctions on President Nicolas Maduro after an election giving the ruling party virtually unlimited powers. The measures bar Americans doing business with the South American leader. (31.07.2017)

The result of this constitutional assembly election could be decisive for the country's political future. The violence could intensify still further; there is even talk of a looming civil war. (30.07.2017)

Venezuela's newly installed all-powerful assembly has voted unanimously to oust the chief prosecutor, one of President Nicolas Maduro's most vocal critics. She has been replaced with a staunch government loyalist. (05.08.2017)