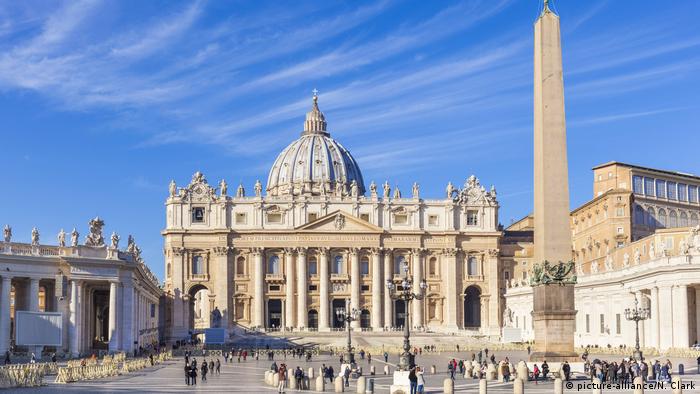 The German Bishops' Conference received a stern warning from the Vatican over planned reform consultations, it was revealed on Friday.

The letter from Rome criticised the German Catholic Church's "synodal path," which is due to begin in December. The initiative is meant to deal with topics such as celibacy, sexual morality abuse of power and the role of women in the church, as well as coming to terms with abuse cases.

The Vatican's assessment, written by Cardinal Marc Oullet, who heads the Vatican's Pontifical Council for Legislative Texts, was also especially critical of the fact that the Conference had included the Central Committee for German Catholics (ZdK) in the process.

This means that laypeople will have a voice alongside the clergy.

Mariendonk Abbey: A dearth of nuns

Oullet's letter comes on the heels of a 19-page letter from Pope Francis in late June. Though Francis' letter was written in a friendly and open tone, its vagueness left much room for interpretation. Consequently, progressives and conservatives in Germany had widely divergent interpretations of the pontiff's words.

Cardinal Oullet's assessment, however, left no room for doubt about the Vatican's position. He slammed the inclusion of the ZdK, reminding bishops that although the church welcomes the participation of all Catholics, "That does not mean the church has a democratic structure where decisions are made according to the majority opinion of the faithful."

The letter posed several direct questions to the bishops, one dealing with the inclusion of the ZdK asked, "How can a Bishops' Conference allow itself to be dominated by a collection of participants, the majority of whom are not bishops?"

He also asked the bishops, "How a particular church could make binding decisions when the topics discussed affect the universal church?"

"The church is a big ship, not a canoe."

At issue was also the nomenclature used by the German bishops and the ZdK, namely the fact that they called their meetings a synod, which Cardinal Oullet said was "not ecclesiastically valid."

Furthermore, he said the plans violated canonical norms, accusing the Germans of seeking to alter universal Catholic doctrines. He again warned bishops that any conclusions they may reach "must be in step with the universal church."

The long journey to Rome

Cardinal Reinhard Marx, who heads the German Bishops' Conference, sought to downplay concerns from Rome, saying that many of the most controversial elements of early working papers had been removed before the Oullet's assessment arrived.

Marx will travel to Rome next week in an attempt to "clear up any misunderstandings."

One individual involved in the German meetings said, "The letter surprised us in a very negative way."

Thomas Sternberg, who heads the ZdK, insisted that a binding synodic process scheduled to begin on the first of Advent was a prerequisite for his organization's participation. 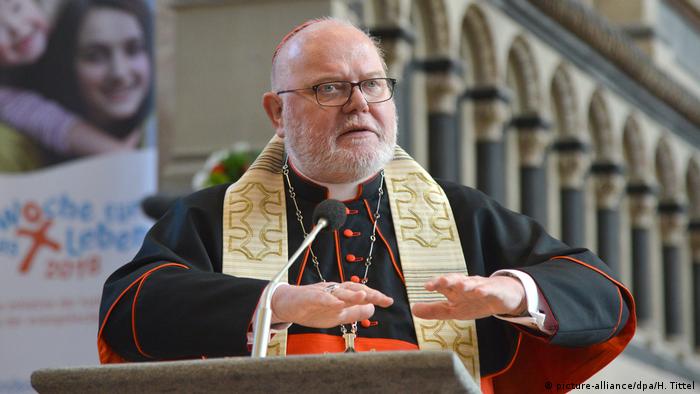 Cardinal Reinhard Marx, who heads the German Bishops' Conference, will head to Rome to smooth the waters

Sternberg voiced his displeasure with the letter by posing a question of his own, saying, "Does anyone really believe — given the Church's current crisis — that one can suppress open discussion that seeks answers and urgently needed reforms?"

That question gets to the heart of the issue for Germany's Catholics. They argue that the Catholic Church must move with the times if it ever hopes to gain back any of the ground it has lost with its members in the wake of the sexual abuse scandals that have rocked it over the past several years.

Though the bishops previously stayed away from controversial issues when they met between 2011 and 2015, they have insisted that things will be different this year.

That has raised expectations within German Catholic women's organizations, who have said, "We want to clearly address the changes needed in the church, and how we can implement gender equality."

Though some fear the German Bishops' Conference has put itself on a collision course with the Vatican, Archbishop Stefan Heße of Hamburg said, "The synodal path is not designed to divide, but rather to help unify" the church.