German bishops have begun meeting in Fulda to discuss a study on widespread sex abuse by Catholic priests. Some are calling for celibacy to be overhauled, while others want the church to focus on victim compensation. 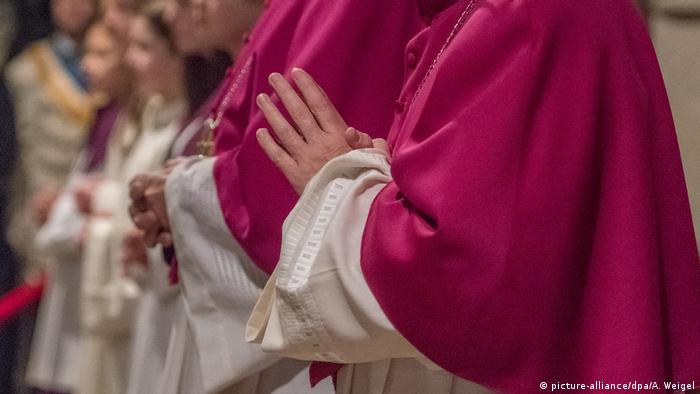 German Cardinal Reinhard Marx opened a widely-anticipated meeting of the Bishops' Conference on Monday by saying that the issue of sexual abuse had reached an "important turning point for the Catholic Church" both in Germany and beyond.

"I feel we have reached a turning point about the issues such as prevention and the treatment of victims, but also about how the Church will deal with its own future," Marx said in the German town of Fulda.

The bishops are due to discuss a large-scale study on sex abuse on Tuesday. The "Study on the Sexual Abuse of Minors by Clergy," commissioned by the German Bishops' Conference in 2014, were published on September 11 in the German newspaper Die Zeit and the magazine Der Spiegel. The study has already prompted severe reactions in Germany.

On Monday, Cardinal Marx told the bishops: "We must do more: listen, understand and take appropriate measures."

Many bishops have expressed their shock and described the numbers as "shameful." Commenting on the revelations, Bishop Franz-Josef Overbeck wrote of a "great failure" by the church: "Above all, this includes the alarming indications that some concepts and aspects of our Catholic sexual morality, as well as some power and hierarchical structures have facilitated and are still facilitating sexual abuse."

Overbeck, the Bishop of Essen, has given the most forthright description yet of the impact unleashed by a report into sexual abuse in the Catholic Church.

Over 70 members of the Bishops Conference are due to make an official comment after discussing the study in Fulda.

According to reports currently available, the investigation covers the period from 1946 to 2014 in Germany, and for the first time specific numbers are given: 3,677 victims of sexual assaults by at least 1,670 accused, the overwhelming majority of them priests. The total number of assaults is presumably exponentially greater. It's also impossible to say how many cases went unreported. The investigation didn't even look into all the Catholic Church's institutions: Religious orders, along with all the schools and children's homes they run, were not included.

Overbeck intends to take the experts' recommendations extremely seriously on behalf of his diocese. He says the church must "truly take a new path," for the sake of the victims. The Bishop of Passau, Stefan Oster, has also called for a "radical form of self-criticism with regard to the institutions."

The church will also need to face up to the discussion about topics like changes in sexual morality, or the abolition of celibacy. It's not clear what concrete steps the German bishops meeting in Fulda will decide to take: Whether, for example, they will also propose reconsidering the way priests are trained, the issue of celibacy, or the current practice according to which priests generally live alone in a parsonage.

For a long time now there has been argument within the church in Germany about the obligation for priests to remain unmarried. The sexual abuse scandal has reignited the discussion. A celibacy debate could tear the Catholic Church apart. But perhaps the impetus for reflection about the obligation to remain celibate is not in fact coming from academic reflection or long conferences of German bishops, but from the other side of the ecclesiastical world.

Initiative from the Amazon

The Brazilian Cardinal Claudio Hummes recently gave an interview to DW in which he talked about the ministry among the indigenous people of the Amazon. The Catholic Church has only 38 bishoprics in the whole of the vast region of Brazil, meaning that there are limits to how the church is able to work there. "We need a different model of clergy," said the 84-year-old, who for a long time was the prefect of the Congregation for the Clergy in the Vatican. "In this context, we must also consider the obligation to remain celibate." 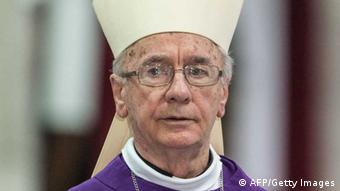 Cardinal Hummes has called for priest celibacy to be reconsidered

Matthias Katsch, the founder and spokesperson of the survivors' association Square Table Foundation ("Eckiger Tisch") takes a critical view of this. He himself was the victim of sexual violence at the Canisius-Kolleg, a Jesuit school in Berlin, and for several years now he has been active in calling for the abuse issue to be properly addressed. "Catholics from both the right and left of the spectrum have been debating these questions of the church's structure for what feels like half a century," he told DW. This, he said, was "right and important," but not, as far as he is concerned, the main issue.

"In my view, what is important is that those affected should now be offered help quickly, and that there should finally be compensation that feels like compensation, commensurate with the damage that was done." The crucial thing, he says, is "that the focus is now on the victims." Katsch himself, incidentally, believes that the key issue with abuse is not celibacy but the distribution of power within the church. 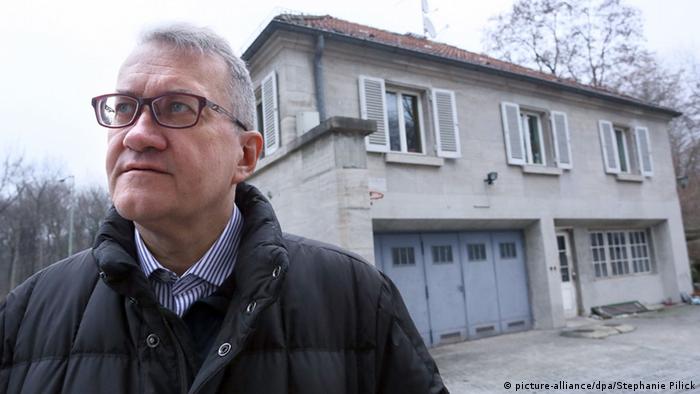 Matthias Katsch outside a Jesuit school building in Berlin

From Fulda to Rome

Rome could take this as a signal. A few days ago, it became clear that Pope Francis intends to discuss the subject of abuse in February with the heads of all the Bishops' Conferences worldwide. Australia, Chile, France, the Philippines, the Netherlands, Germany — more and more countries are reporting a stream of cases of sexual violence perpetrated by men of the church.

Matthias Katsch, the survivors' spokesman, has very specific expectations of the meeting in February. The pope, he says, should invite not only the heads of the Bishops' Conferences but the victims as well. "There is hardly a single country in which the Catholic Church is active where there has not been sexual violence by clerics against children and young people," he says. "It would therefore send the right signal — that the church is finally prepared to listen, and not always to have answers to the questions already."

More than half of the victims were younger than 13 and predominantly male, a new report has shown. The study's findings were based on documented cases that occurred over more than six decades. (12.09.2018)

Pope Francis has appealed to Catholics around the world to help root out the scourge of child sexual abuse. In an unprecedented letter, he begged victims for forgiveness and vowed there would be no more cover-ups. (20.08.2018)