Catholic bishops have apologized for failing the victims of sexual abuse after a weeklong leadership conclave. Chilean prosecutors are investigating hundreds of child sex abuse cases involving members of the church. 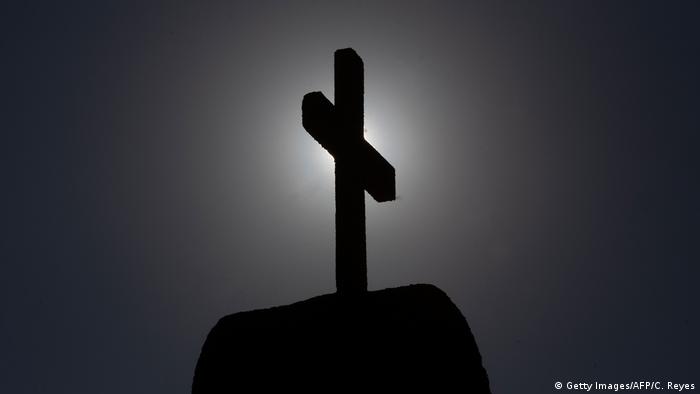 After five days of meetings by Chile's Episcopal Conference, Catholic bishops asked for forgiveness on Friday for having "failed" victims of sexual abuse.

"We failed in our duty as pastors by not listening to, believing, caring for or accompanying the victims of grave sins and injustices committed by priests and clergy," the church said in a statement. "For this we apologize first and foremost to the victims."

Chilean prosecutors said last week they are investigating 158 members of the church, including priests, clerics and laypeople. The cases of sexual abuse involve 266 victims, including 178 children, and date as far back as the 1960s.

On Wednesday, prosecutors said they had asked the government to submit a formal request to the Vatican for information about nine clergymen and laypeople who have been accused of sexual abuse of children.

Authorities have raided several church offices since June as part of investigations into accusations that the Catholic Church covered up or failed to properly investigate abuse.

Bishops in Chile had previously insisted that canonical law prevails over criminal law, but have since decided to publicly disclose previous investigations into alleged sex abuse of minors.

"We will make public every prior investigation into alleged sexual abuse of children that has occurred in our jurisdictions. We will ask the same of officials at all religious congregations," Santiago Silva, the head of the Episcopal Conference, said at a news conference. He also announced a series of measures "to at least begin to resolve the serious problem we have in the church."

Fernando Ramos, the general secretary of the Episcopal Conference, said the bishops had expressed an "absolute disposition to cooperate with prosecutors." Church leaders said they would open their files to prosecutors once a formal agreement had been arranged.

"We want to reach an agreement to assure a fluid exchange of information, one that meets our standards as well as the requirements of the Public Ministry," Ramos said. "Today is a before and after, a turning point."

Pope Francis, who visited Chile in January, was initially dismissive of claims of a cover-up by the Catholic Church. He then dispatched an investigator, Archbishop Charles Scicluna of Malta, after backlash from advocates for the victims. Scicluna produced a 2,300-page report on the accusations.

The pope has already apologized to Chileans over the sex abuse scandal, admitting the church failed "to listen and react" to the allegations and vowed to "restore justice."

Francis has also accepted the resignations of two senior church officials, Cardinal Theodore McCarrick of the United States and Australian Archbishop Philip Wilson, for the roles they played in the scandal. Wilson was convicted of covering up sexual abuse and McCarrick is accused of abusing a 16-year-old boy nearly 50 years ago.