Chilean police have arrested a prominent Catholic priest who is accused of raping seven children. Oscar Munoz Toledo is one of dozens of priests to be implicated in a sex abuse scandal engulfing the country's church. 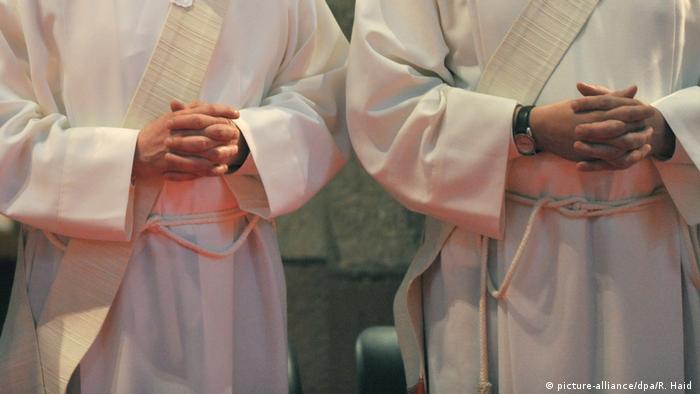 Chilean priest Oscar Munoz Toledo, who was once the chancellor of Santiago's archbishopric, was detained Thursday on charges that he sexually abused seven minors.

It's the latest in a series of pedophilia cases in which priests allegedly carried out abuse, ignored it or helped cover it up.

Archbishop of Santiago Ricardo Ezzati, who himself has been accused of covering up crimes, said the church would cooperate "in everything that is required."

Referring to Munoz, he added that he felt "a great pain for him, for his family and for the victims."

Munoz was vice-chancellor before being promoted to chancellor in the archdiocese of Santiago in 2011. He is one of several senior priests connected to the widening abuse scandal that has battered the reputation of the Catholic Church in Chile.

In May, more than 30 Chilean bishops collectively offered their resignation to Pope Francis for failing to protect children from pedophile priests. So far the pontiff has allowed five bishops to step down.