This weekend, Pope Francis is meeting with individuals who were abused by members of Chile's Catholic clergy as children and teenagers. One of them told DW he hopes major reforms will follow this important encounter. 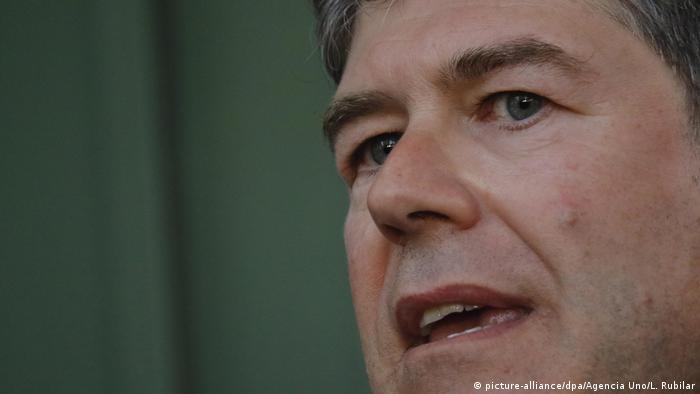 Chilean doctor James Hamilton is one of three sexual abuse victims who have been invited to meet with Pope Francis at the Vatican this weekend to talk about their abuse. The Holy See press office announced in a statement that the pontiff "desires to ask their forgiveness, share their sorrow and his shame for what they suffered and, above all, listen to all their suggestions so as to avoid that such reprehensible facts be repeated." During a visit to Chile in January, Pope Francis was met with protests

Hamilton, along with two other vocal survivors, Juan Carlos Cruz and Jose Andres Murillo, were sexually abused as children by Fernando Karadima, a reverend from an influential Santiago church. The victims allege that abuses committed by Karadima and others were systematically covered up for decades.

Karadima trained and then helped other priests gain powerful jobs in the church. One of them is the bishop of the diocese of Osorno, Juan Barros. The men have said repeatedly that Barros witnessed and ignored their abuse, a claim Barros denies.

Pope Francis defended Barros during his visit to Chile in January, sparking an outcry. But after reading an investigative report by Archbishop Charles Scicluna, the pope admitted having "severely misjudged" the situation.

DW: Mr. Hamilton, what do you expect from your meeting with Pope Francis?

What do you make of the pope's invitation?

It's a big step in the right direction. It's an impressive way to make up for what was done, not just toward us but toward all abuse victims. It's a gesture of regret and humility. And he is asking us to make suggestions and help transform the Chilean church so that children and teenagers can feel safe there again. We are glad to contribute.

Which concrete measures do you expect? Juan Barros, bishop of the diocese of Osorno, has denied any knowledge of the abuse

We expect changes to the church hierarchy. Priests who have committed crimes should not be allowed to hide behind powerful decision-makers. They need to be banned from providing spiritual care. That is crucial to make up for what was done to the victims and their families. We mustn't forget that some victims later committed suicide, leaving their families with eternal sorrow.

The pope has said he will meet with you individually and listen for as long as necessary. How have you prepared for this encounter?

I will be as respectful as possible, but always speak the truth. This is not a publicity event. It is an unprecedented step to make progress on these issues. We are regular people with families and jobs, and we are willing to contribute to this process because the clergy and Vatican sometimes seem to have lost touch with the lives of ordinary folks. 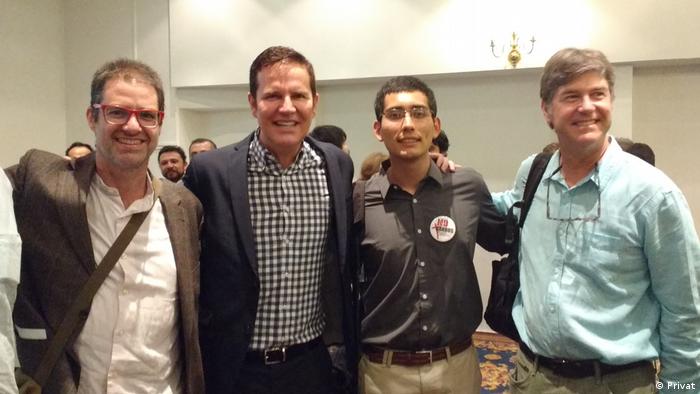 Many Chileans have demanded that bishops like Juan Barros, who is alleged to have covered up the abuses, should be sacked. Will you address this in your meeting?

Of course. He must go to restore peace and social harmony in the diocese of Osorno. But simply removing him won't solve the fundamental problems. Substantial changes are needed to guarantee that children and teenagers are safe and secure. Anyone who helped cover up these abuses needs to be severely sanctioned. And those responsible need to be punished by civilian courts.

Do you think this meeting will help restore Chileans' trust in the church?

We hope that this will be the case, because Chile has a large Catholic population. In a world marked by wars and injustice, the church remains an institution that can be a beacon of guidance, provided it leads in an appropriately moral and ethical manner.

James Hamilton was a victim of Chile's most notorious predator, Reverend Fernando Karadima. After a 2011 investigation by the Vatican, Karadima was removed from ministry.

The interview was conducted by Victoria Dannemann.