Opinion: When it comes to abuse by priests, a crime is a crime

A study by the German Bishops Conference on sexual abuse in the Catholic Church is a good thing, but not good enough. There must be consequences and the clergy must be honest, says DW's Christoph Strack. 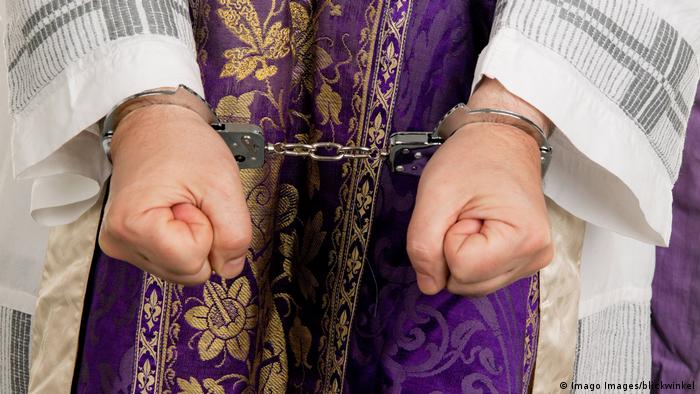 Not all of the figures are new, but in their entirety, they are harrowing. Four percent of all active clergy in Germany commit or have committed sexual abuse. Thousands of teens, many still children, were their victims. That could amount to several thousand individual acts of abuse. Such figures are beyond dismal.

Cardinal Marx is the head of the German Bishops Conference, and his resounding silence on the escalation within the Catholic Church in the United States on the same topic foreshadowed the fact that there would be new figures in the study commissioned by the German bishops. Sadly, they won't be the last. Not all files are on the table yet. The study focuses on dioceses' archives, so they are looking mainly at diocesan priests. The sector of the orders involved with schools, children's and youth groups is still outstanding.

No state investigators in church archives

The Germans are known for being thorough. In 2014, the Catholic bishops in Germany planned a comprehensive scientific study. The church alone commissioned the research, the state was left out.

Back then, Catholic Church leaders, still under the impression of the abuse scandal that emerged in Germany at the beginning of 2010, prevented greater state intervention. In the US, prosecutors in an increasing number of states are currently investigating abuse in the Catholic Church. The church is likely in for more shock, and it will certainly affect people in the top echelons of the institution.

The debate about abuse and personnel and power structures in the church must continue. Certainly after publication of the current study, which goes beyond the point of view of legal investigators. The report is a step forward. But the church must be honest, which includes implementing the "zero tolerance" policy the bishops and Pope Francis have repeatedly emphasized. This may be tough for the bishops, because everyone will know some of the perpetrators. But "zero tolerance" means just that, anything else would be another round of betrayal for the victims and, ultimately, the clergy themselves.

The Vatican announced on Wednesday that Pope Francis has invited the heads of the world's 80 Bishops' Conferences for a meeting in February 2019. Perhaps it's a coincidence that the announcement came on the same day the findings of the German Bishops' Conference study were leaked. Either way, one should not be deceived: abuse by the clergy happened not only in the US and Germany, but also in Poland and Italy, in Africa, Asia and Australia. Anything else is wishful thinking. It can endanger the Catholic Church to the core. It also endangers the ability of churches in the US and Germany, which are the richest, to provide aid worldwide.

The need to discuss change is becoming more evident. Perhaps the days of a church dominated by priests, by men, will be over, sooner or later. Frightened by the thought, some people might now say, "No!" But honestly, who will still trust the Catholic Church without a fundamental change?

Coronavirus digest: US to start vaccinating adolescents after BioNTech-Pfizer approval 2h ago

Tesla changes stance on Bitcoin amid climate concerns 3h ago

US, Germany clash with China at UN event over treatment of Uyghurs 7h ago

Opinion: The Golden Globes need to change 12h ago